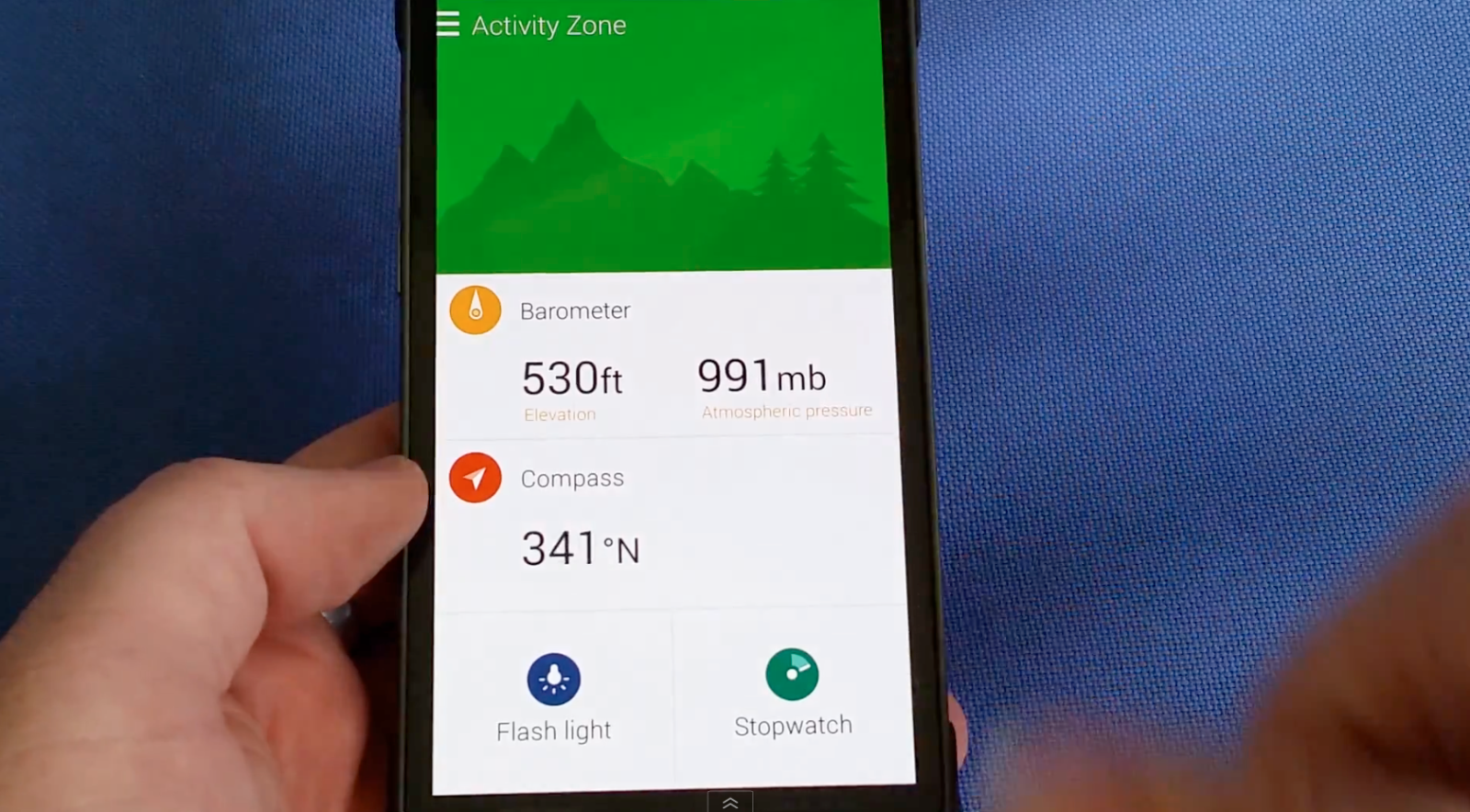 Judging by the design of the buttons on the bottom bezel, it seems that the Galaxy S5 Active loses the S5’s stand-out fingerprint sensor feature, but there’s still a heart rate sensor. As far as S5 Active exclusive features, it seems to be equip with a new Activity Zone app that appears to be an extension of S Health. This addition has several features like a compass, barometer, and customizable flashlight.

The device also features a customizable Active key that can be programmed to do anything from snapping a photo to launch specific apps based on short or long holds. It’s also claimed that the device is actually thinner than the Galaxy S5 and hopefully we’ll see some measurements in the near future to confirm that. There’s not a lot covered in the video, but according to TK Tech News, most of what’s shown here (aside from the metal and rubber body construction) is what makes the Galaxy S5 Active different from its predecessor.

Along with that, TK Tech News reports that the Galaxy S5 Active may include optical image stabilization. There’s no way to actually confirm this without an official spec sheet at the moment, but there’s a nice video demonstration that you can use to draw your own conclusions.

There’s no official release date scheduled for the Galaxy S5 Active, but it’s possible that it could be unveiled at the upcoming Samsung event on June 12, 2014. Check out the gallery below for a closer look at some of the Galaxy S5 Active’s features.