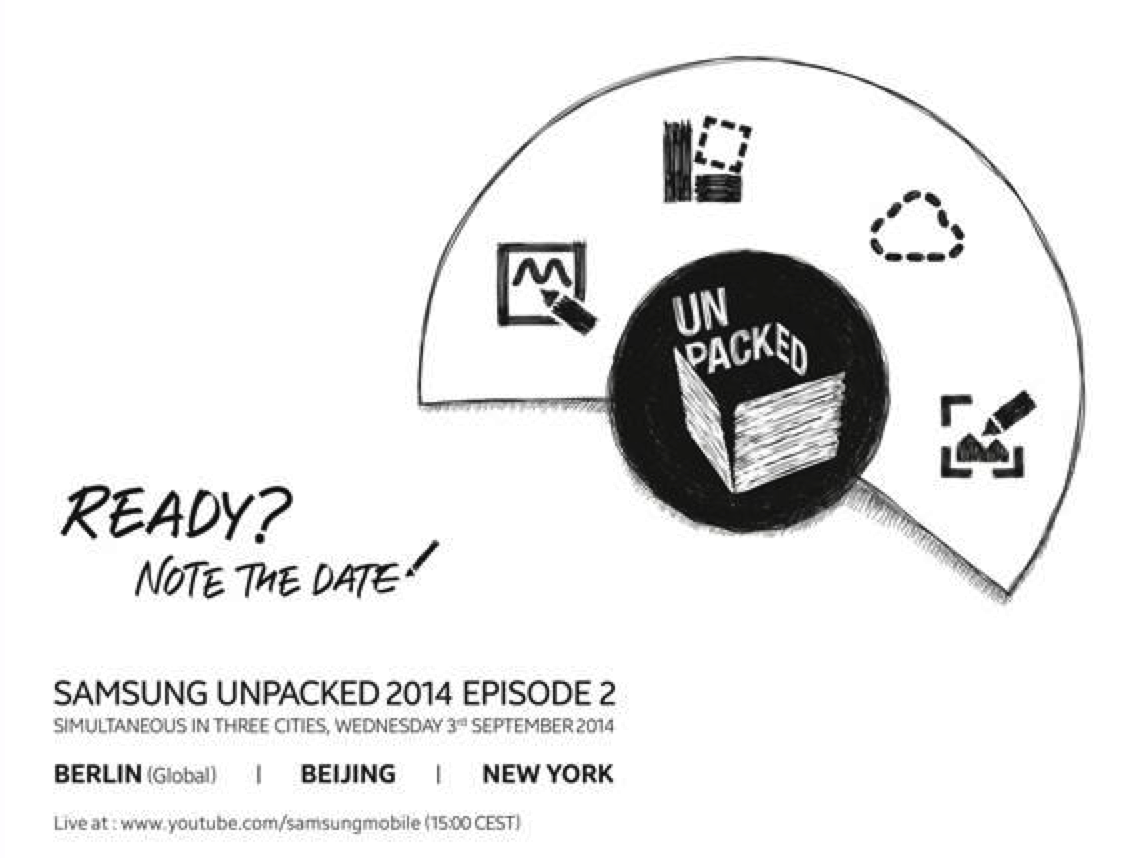 Samsung has just sent out invitations for an upcoming event on September 3, 2014. The main event will take place in Berlin, with additional remote events in New York City and Beijing, likely for the unveiling of Samsung’s Galaxy Note 4 smartphone.

The invitation (shown above) clearly states, “Note the date” leaving little to the imagination. The only mystery at this point is what the Note 4 will feature in terms of specifications, but recent rumors have drawn a decent picture in that department. The Galaxy Note 4 is rumored to feature a 5.7-inch QHD (2560×1440) display, an Exynos 5433 or Snapdragon 805 processor (depending on the market), a 16-megapixel camera with a Sony IMX240 sensor and optical image stabilization, and 3GB of RAM.

The launch event will take place during IFA 2014 week in Berlin, but Samsung is also holding live stream remote events in Beijing and New York City. Stay tuned to 9to5Google for more information including our hands-on coverage of the Galaxy Note 4 from Berlin when it’s launched on September 3, 2014. We’ll be live at IFA 2014 bringing you coverage of the entire thing.