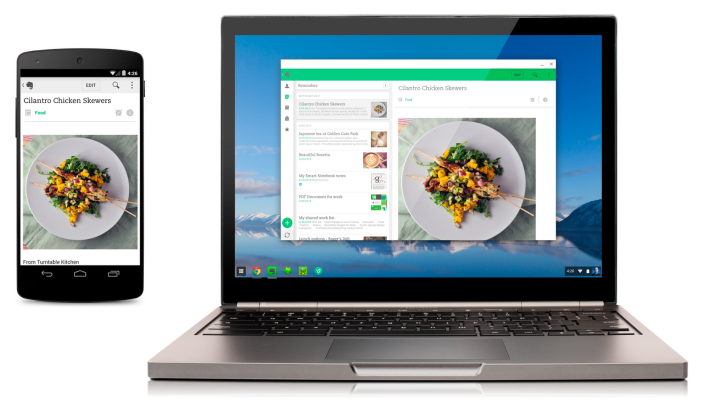 Google announced today that it’s bringing Android apps to Chromebook users with the first four apps now available for the platform. The apps come to Chrome OS users as a result of Google’s App Runtime for Chrome (Beta) project launched earlier this year at Google I/O as an effort to bring Android apps over to Chromebooks. The first first set of apps include:

The four new apps are available for Chromebook users to download in the Chrome Web Store.

Google plans to work with more Android developers and release more apps in the coming months. You can suggest Android apps that you’d like to use on your Chromebook to Google here.