DuckDuckGo is being blocked in China 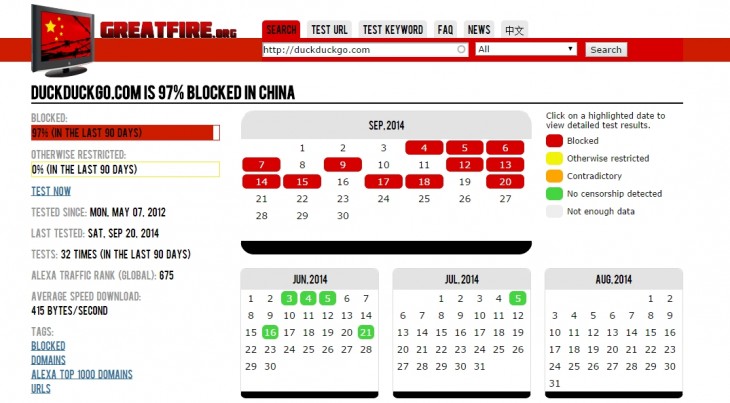 For reasons unknown, the anti-tracking search engine DuckDuckGo has been blocked in China. The CEO of DuckDuckGo, Gabriel Weinberg, has taken to Twitter to confirm the block, also saying that it seems the site has been blocked for a few weeks.

It appears that the site has actually been blocked for quite some time now, as can be seen on the Great Fire censorship monitoring website (via TheNextWeb). A search for DuckDuckGo reveals that blockages started appearing on September 4th. Since that day, it doesn’t appear the site has yet become accessible again.

We’ll update this post if and when we find out more.