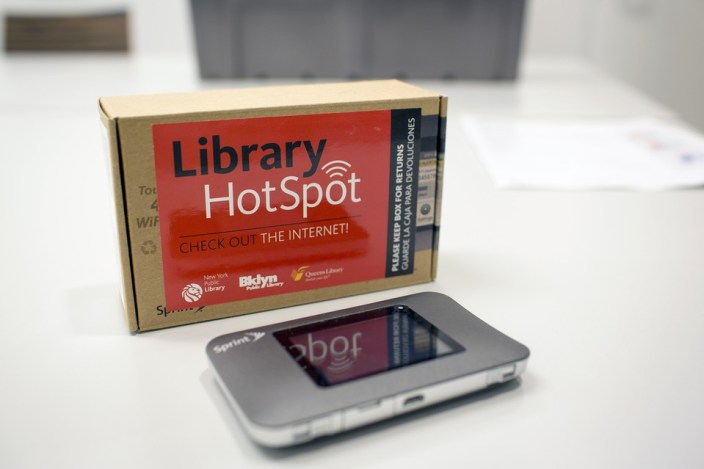 New York is expanding its free Wi-Fi program through public libraries with the help of a $1 million donation from Google, The Wall Street Journal reports. The donation will fund around 10,000 portable Sprint Wi-Fi hotspots (pictured above) that New Yorkers will be able to checkout at branches of the New York Public Library, the Brooklyn Public Library, and the Queens Library:

The initiative marks the city’s latest attempt to bring municipal Wi-Fi to the five boroughs, following an announcement last month that the city plans to turn some 6,000 city pay phones into stationary wireless hot spots… Google’s donation adds to $500,000 from a number of nonprofits, helping to update the library program into an expansive public-private partnership. Library officials estimate the program’s first year will cost $2.6 million for all three library systems.

As noted by WSJ, Google also previously funded public Wi-Fi projects on its home turf in Mountain View, California as well as a smaller project in Manhattan near the company’s east cost offices.

“There are only a few ways you can do this, save running fiber down the middle of the street, through the trees, and into apartment buildings,” said William Floyd, Google’s head of external affairs for New York. “The things we like about the public library program are the simplicity and the reach.”

Earlier this year reports claimed Google was hinting at other plans for public Wi-Fi projects in documentation sent out to cities in the running to be the next to receive its Google Fiber gigabit internet and TV service.