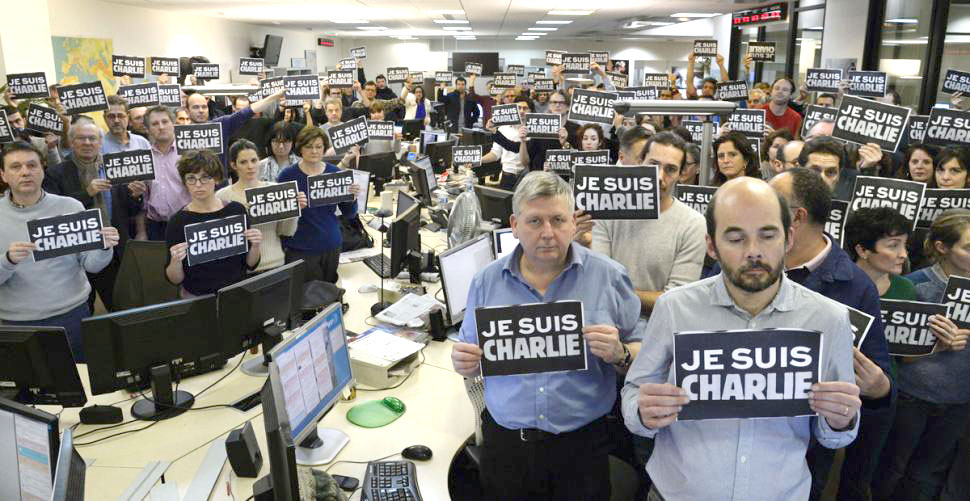 Le Monde, France Télévisions and Radio France are all working to match Google’s donation of €250k (around $300k), while the Guardian is itself contributing $150k …

Such is the strength of feeling in France in support of the value of free speech, that the French government is itself contributing $1.2M to the cause.

At the time of writing, two suspects in the killings are believed to have taken hostages in the Porte de Vincennes area of eastern Paris.

Below you can see Google France’s homepage showing support for the magazine as well. 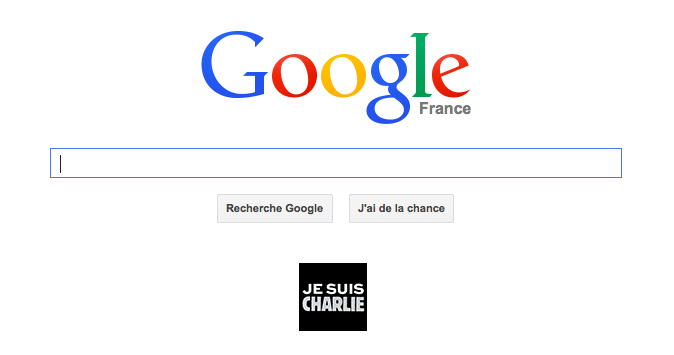