T-Mobile announces next un-carrier event: ‘this one’s a real piece of work’ 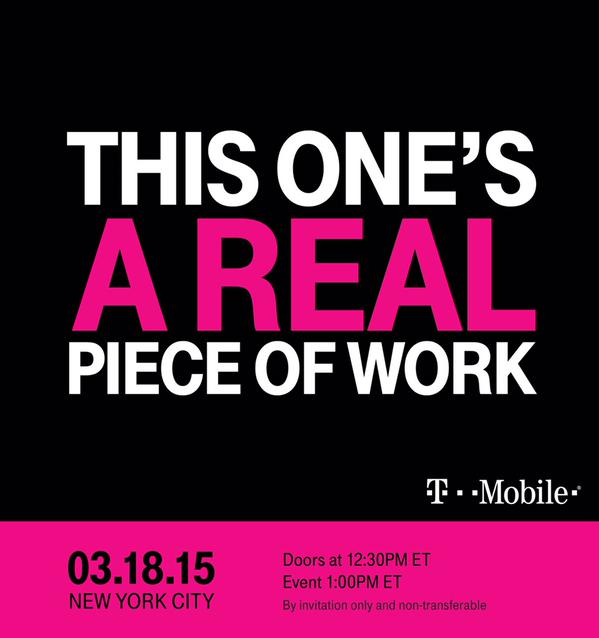 T-Mobile today announced that it will be holding its next “un-carrier” on Wednesday March 18th. In the event invitations, seen above, the carrier teases the event as “a real piece of work,” possibly hinting at some sort of business-related changes to its plans.

The event begins at 1PM eastern, and as usual, 9to5Google will have full coverage. During its last un-carrier event, T-Mobile boosted its Wi-Fi calling capabilities, introduced its CellSpot router, and announced a partnership with GoGo to debut in-flight connectivity.