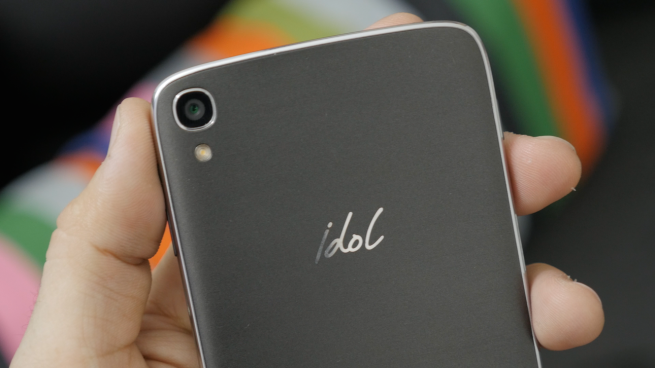 When you think of the word “budget,” rarely does it fit in-between the words “great” and “smartphone.” Well, you may not be super familiar with them, but Alcatel OneTouch has a new budget offering that’s not only a smartphone, but overall pretty great. Meet the Idol 3…

The processor is nothing to brag about, but it actually does a pretty good job at handling everyday tasks. I was a bit skeptical of the specs at first, but with Android 5.0.2 Lollipop and a very minimal skin, it’s pretty smooth overall. We’ll get into performance in a little bit though.

The display on the Idol 3 is a winner. It kicks the crap out of any smartphone in its price range and I’d even go as far as saying it one-ups the OnePlus One. It’s very bright, colorful, and just looks fantastic. There aren’t many other ways to describe it. I’m a fan. Of course, some people prefer QHD resolution on a display of this size, but I’m perfectly fine with the pixel count here and clarity is not sacrificed one bit. Keep in mind, this entire package will only set you back $250.

Check out our Idol 3 review video below:

The Idol 3 is made from plastic, but there’s nothing cheap about its build. The brushed finish on the backside is a nice addition, but unfortunately, the battery is sealed in. There’s metallic trim along the outside edges which is prone to scratch and chip over time, but I haven’t had any issues so far. The phone is also incredibly light. I’m not sure if that’s a good or bad thing, but it’s comfortable to hold either way.

On the front side we have JBL powered stereo speakers. I was honestly impressed when I first heard them. They are loud and clear. Not quite on the level of HTC’s BoomSound speakers, but as close as you’ll get in this price range. The device also ships with some JBL earbuds. They are alright, but nothing to brag about. 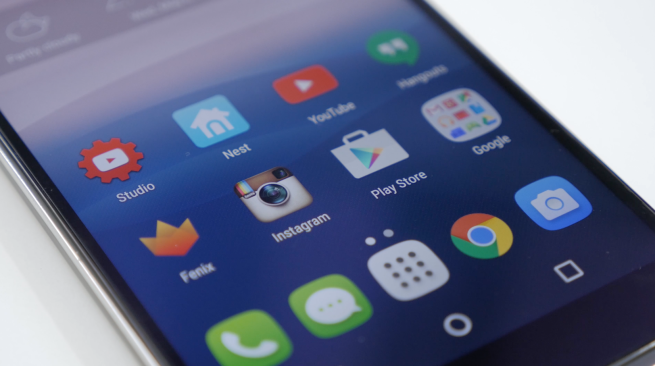 The display is covered by Dragontrail glass which I’ve never heard of before now, but it’s said to carry similar scratch resistant capabilities as Gorilla Glass. I’ve been actively using this phone a couple of weeks now without a screen protector and it seems to be holding up great so far.

The lock and volume buttons are not in an ideal location. I suppose the volume button location can be forgiven since it sits right below your thumb, but the lock button… Oh, the lock button. This is one of the weirdest places I’ve ever seen a lock button. It’s pretty hard to reach, but thankfully the software integrates a double-tap of the screen to wake or sleep the device.

The Idol 3 is running Lollipop with a very light skin over the top. In fact, the only thing that’s not “stock” Android here are the icons used for the default apps. Everything else is basically pure Lollipop, which I can definitely appreciate. If you’re familiar with Android, you won’t have any problems navigating the Idol 3.

I ran into a few occasions where the device lagged a bit. Usually it only would happen when I had a lot of apps running at once. Certainly not a deal breaker, especially when you consider the price. It’s a noticeable lag, but again only happened a few times. It definitely held up better than a Moto G or E would under the same situations. Other than that, everything else was Butter City. 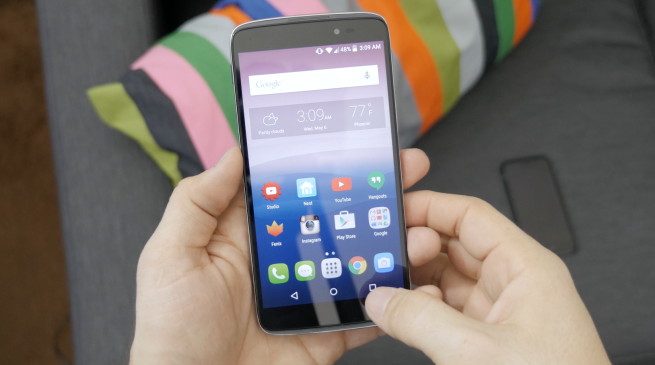 A very unique feature with the Idol 3’s software and hardware is that it’s fully reversible. With the dual front speakers and microphones on each end, the Idol 3 can be used in any direction. You can literally answer calls with the phone upside-down. Not that you’d really want to, but the feature is there, take or leave it. If you’re not into that kind of thing, it can be disabled via software. It’s a neat marketing point, but nothing that “saved the day” during my use.

Camera performance has been a mixed bag. The camera takes 13 megapixel photos and up to 1080p video. I’ve seen the Idol 3 take a great picture, then the next shot was a bit over-exposed. It seems that the Idol 3’s camera doesn’t handle exposure in the best way. Sometimes the background is over-exposed, or vice versa. There were times when the pictures came out as I expected, but I feel like a lot of this can be fixed via software. Pictures certainly have the detail needed from the 13 megapixel Sony sensor and closeups came out crisp.

Low-light performance isn’t this camera’s strong suit, but it’ll definitely get the job done. You basically lose a lot of detail in low lighting. But overall the camera seems better than other smartphones with dual-front facing speakers released this year. There’s also an 8 megapixel front facing camera that will get the job done if you ever need to snap a few Instagram selfies.

I’ve been pretty impressed with battery life on the Idol 3. Using the phone for a full day at about 75% brightness, I got around 4 hours of screen-on time. Like the camera, it’s not the best, but far from the worst. Along with that, standby time is insane. I swear there were a couple of days when I left this phone off the charger sitting on a desk, only to come back and see that a small 3 or 4 percent had been lost.

Let’s be honest, like many smartphones, the Idol 3 was sent to me free of charge for review. That being said, this is one of the few phones out there I’d buy at full retail without hesitation. It’s only $250 and for what you get, the numbers just don’t add up with the Idol 3, in a good way of course. The display is great, battery life is mostly on point, camera does a decent job, and the hardware and software experience is comparable to other high-end flagships. At $250 unlocked and off-contract, the Idol 3 is worth the money, even if that means just giving it a shot. If you’re in the market for a budget smartphone in 2015, this is one of your best options. Sure, there are compromises that come with its price tag, but this was really my first experience with an Alcatel OneTouch smartphone and it has left a lasting impression. Be sure to check out the above video for a closer look and let us know what you think about the Idol 3.