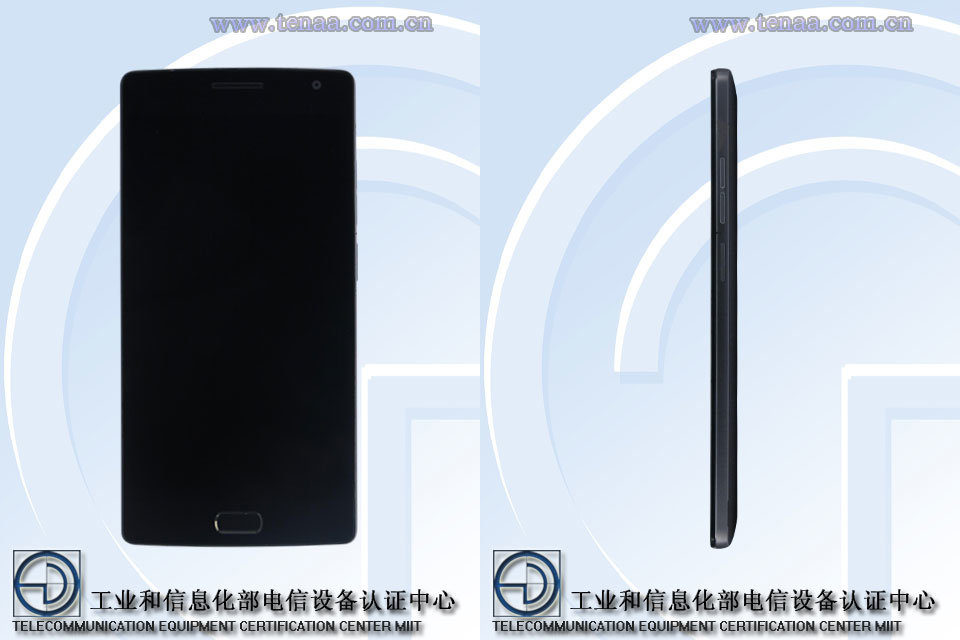 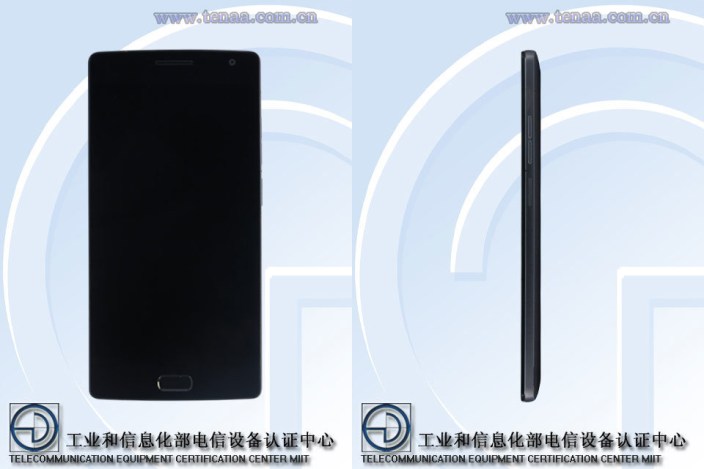 The OnePlus 2 looks to have been outed by the Chinese certification body, TENAA. These images appear to show front, back and side profiles of the next-generation OnePlus smartphone, which looks like it’ll include a physical home button similar to the Samsung Galaxy S6 – presumably where the built-in fingerprint sensor will be housed …

The home button itself is pill-shaped, very much like home buttons found on other Android devices like the aforementioned S6 and the HTC One M9 plus. It’s hard to tell exactly from these images, but it also looks as though the front panel is now going to be one solid panel of glass, without the small ridge between the front panel and the rear casing. Although the frame itself now looks like a brushed aluminum of some kind, the back panel will seemingly retain the rough textured plastic (at least on the black model).

Similar to the FCC in the US, manufacturers’ devices pass through TENAA to be registered and certified. So these images are virtually as good as final confirmation of what the second generation OnePlus phone will look like. Although the image appears to show the standard Sandstone Black finish, like the original, it’s anticipated that the company will offer alternative finishes on the back. Wood, for example, has been touted as a possible option. 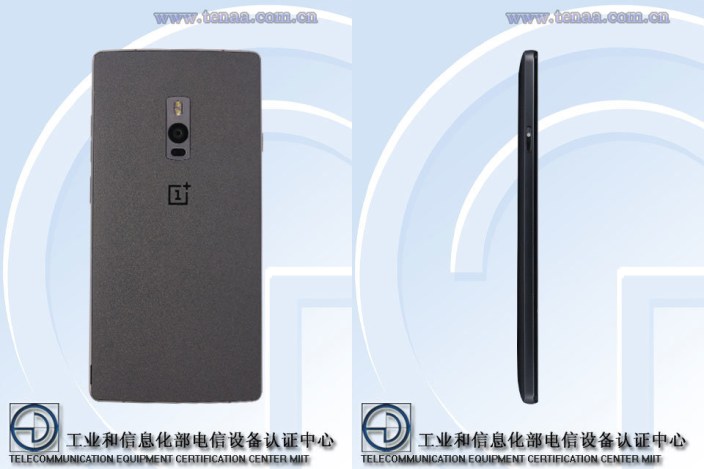 If these images are accurate — and the source would suggest they are — they put a real dent in the validity of the earlier leaks showing a device similar to the next gen Motorola phones. This back shell looks nothing like those images and, instead, looks like a revised version of the OnePlus One.

There are clear similarities between this and the original OnePlus; like the finish on the back and shape of the camera and LED housing, for example. That said, the camera appears to have been moved further down the body and includes a new sensor which we assume is the laser-guided autofocus, similar to that found on the LG G3 and LG G4.

What I find really interesting are the small details around the frame. On the right edge we have three separate buttons. The two nearest the top of the phone, close together, will certainly be the volume buttons and the power/sleep key is beneath those. Look on the left edge and you’ll notice another, separate button.

It’s hard to make out exactly what this is. The fact that it protrudes from the body suggests it’s not just a SIM tray. It could be a dedicated camera shutter button, but to me it looks like it might even be a mute switch. The latter is the one I’m leaning towards. Its dot on the upper part of the button perhaps suggests that the phone is muted. And the fact that it appears to go under the frame suggests that it slides up and down, rather than being clicked or pressed. This is purely speculation based on what I see, but if true, it could be my favorite feature on the OnePlus. The mute switch is the one thing I miss most about my iPhone days. Of course, there’s a chance that it’s just the virtual lighting in the digital render playing tricks with my eyes, but I’m happy to dream for now.

On the opposite side of the body, near the bottom on the right edge, there’s a small cavity. Like the LG G4, I can only presume this is to remove the rear shell since there’s no evidence of an external SIM or MicroSD tray. This simple inclusion will ensure the back is far easier to remove than last year’s.

Specifications we know of — thanks to some official leaks and an early preview from MKBHD — are numerous. OnePlus 2 has a 13MP camera with a laser autofocus system and f/2.0 aperture. It will also come equipped with 4GB RAM, the new USB 3 Type-C connector, a 3,300mAh battery and feature the new, improved version of Qualcomm’s Snapdragon 810 chip. We also know that it will cost somewhere between $322 and $450.

OnePlus will announced the OnePlus 2 next week, on July 27, and you can be sure we’ll be bringing you coverage as and when it happens.