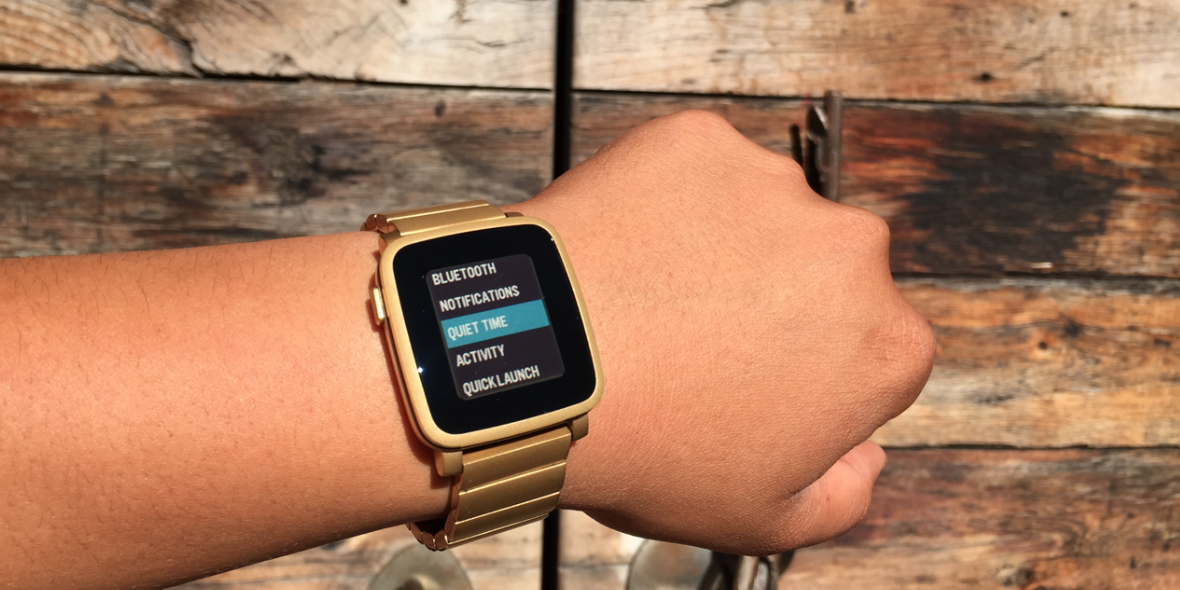 Following an update to the Android app earlier this month, Pebble today has announced a Pebble Time software update that bumps the watch itself to version 3.4 and includes a variety of new features and improvements.

First off, Pebble says the device’s calendar and reminder pin displays have been improved, while there is also now support for internationalization and locailization. There’s also a new standby mode that disables Bluetooth when the watch isn’t being worn. This feature should significantly improve battery life for users.

Next, the “Do Not Disturb” feature has been renamed to “Quiet Time” and has gained a few new features. Users can now disable notifications during calendar events, while holding back from a watchface will also now toggle Quiet Time. The feature can also now be enabled from notifications.

Pebble Time version 3.4 is rolling out now. More details can be found in the company’s official blog post here and in the complete change log below. Then latest version of the Pebble Time app can be downloaded from the Play Store now.