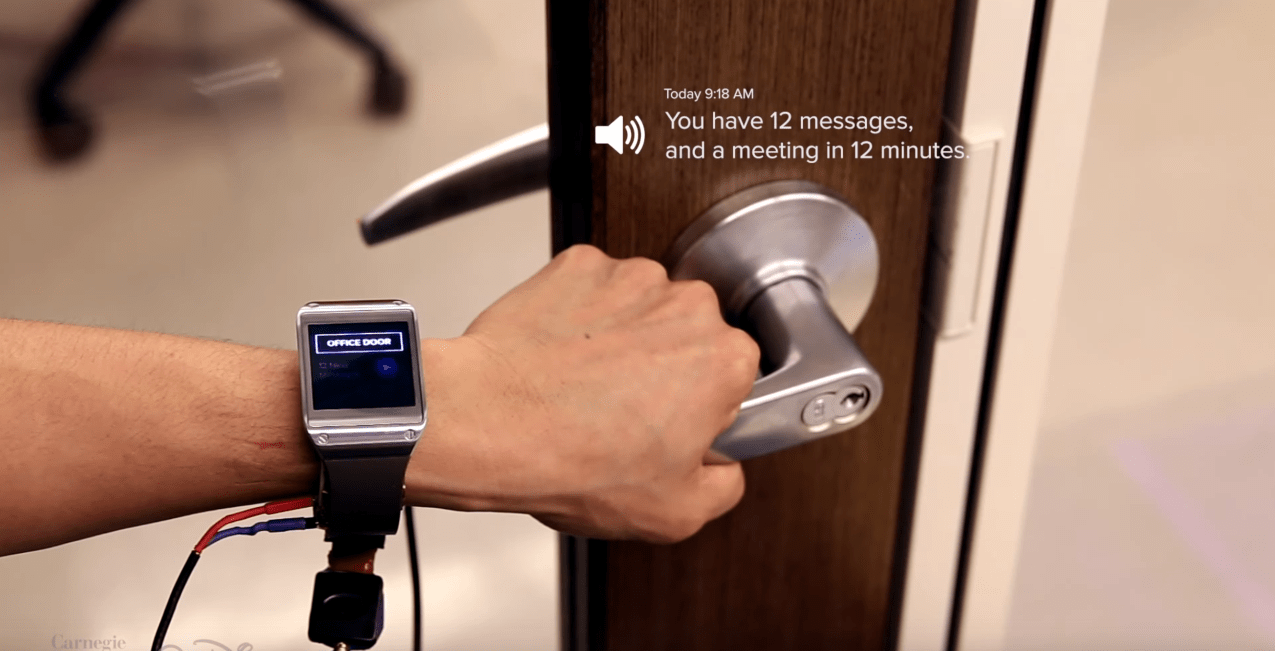 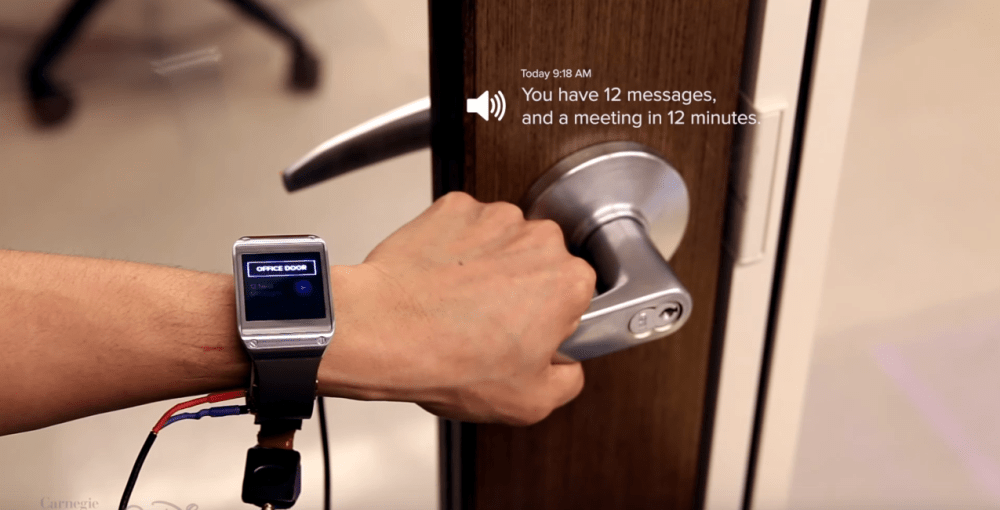 A new smartwatch prototype experiment from Disney Research and Carnegie Mellon might just be the smartwatch use case we’ve all been waiting for.

The technology, called EM-Sense, which is currently being shown off running on a Samsung Galaxy Gear smartwatch, uses electromagnetic (EM) noise from electrical and electromechanical objects to determine what you’re touching. This gives your theoretical future smartwatch a glimpse into what you’re doing and allows the device to be context aware beyond just your email inbox, your calendar, and your geographical location. It’s also maybe a little creepy.

The electromagnetic noise that comes from everyday objects, it turns out, can actually be a really powerful tool. By looking at the patterns of the noise from these objects, a smartwatch can learn what you’re touching and prompt you for input or simply provide information that makes sense depending on what you’re doing.

For example (and this is probably one of the most practical use cases that the video showcases), this technology could detect when you’re holding a toothbrush and automatically turn on a 60 second timer. A watch wth EM-Sense could also notice when you touch a door handle when you arrive at work, and give you an update on calendar events.

Wearable technology has entered the mainstream over the last couple of years with moderate success, and it’s clear to most that there just isn’t yet a killer app to match. I’ve written a lot about this topic over the years, and I said just a few months ago that I didn’t have a reason to wear my Android Wear smartwatch on a daily basis. A few months later, that hasn’t changed.

Google X’s Astro Teller himself has also said similar things. “VisiCalc and WordPerfect were the killer apps of their day, but Google and Facebook make them look small in comparison,” he said late last year, suggesting that it’s not just these killer apps alone that will make wearables take off, but rather the bigger ideas that spawn from them.

And this seems promising. The entire premise of wearables is making technology more personal, and current smartwatches haven’t really done that yet. Rather, the Apple Watch and Android Wear watches are mostly just an extension of your phone in the form of a notification center and a list of miniature apps. When these watches get smarter, they’ll be more useful, and then I — and everyone else — might finally have a reason to wear one every day.