Update: Google has provided us with a statement, or rather a statememe, about the bug:

When logging into Gmail yesterday, some users saw a tiny “skull and crossbones” icon in the lower right of their window. Hovering over said icon revealed text like “Component Spy,” “Data Spy,” and “Channel Spy.  The issue is not widespread with one user mentioning that the bug only appears on one of his three Gmail accounts. 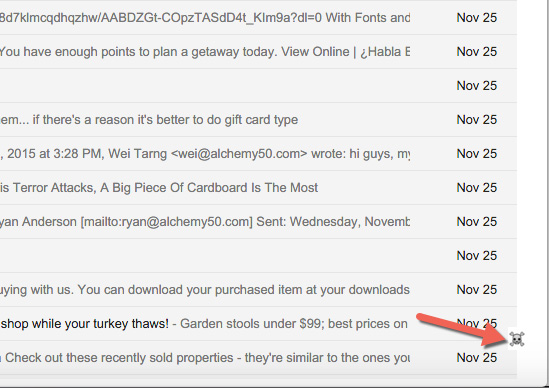 Replying in a thread on the Gmail Help Forum, a Googler stated that the issue is “purely cosmetic and should not affect normal Gmail functionality.” An issue with Google’s in-house debugger is responsible for the skull and bones and a fix is being worked on.

For some, the skull is still present today in Gmail across Chrome, Firefox, and Edge. If the icon is so bothersome, switching to the HTML version of Gmail should get rid of it. Rest assured, however, that the skull and crossbones emoji should be gone very soon.

Notably, although probably unrelated, the skull and crossbones emoji was just recently added to iOS in the 9.1 release.