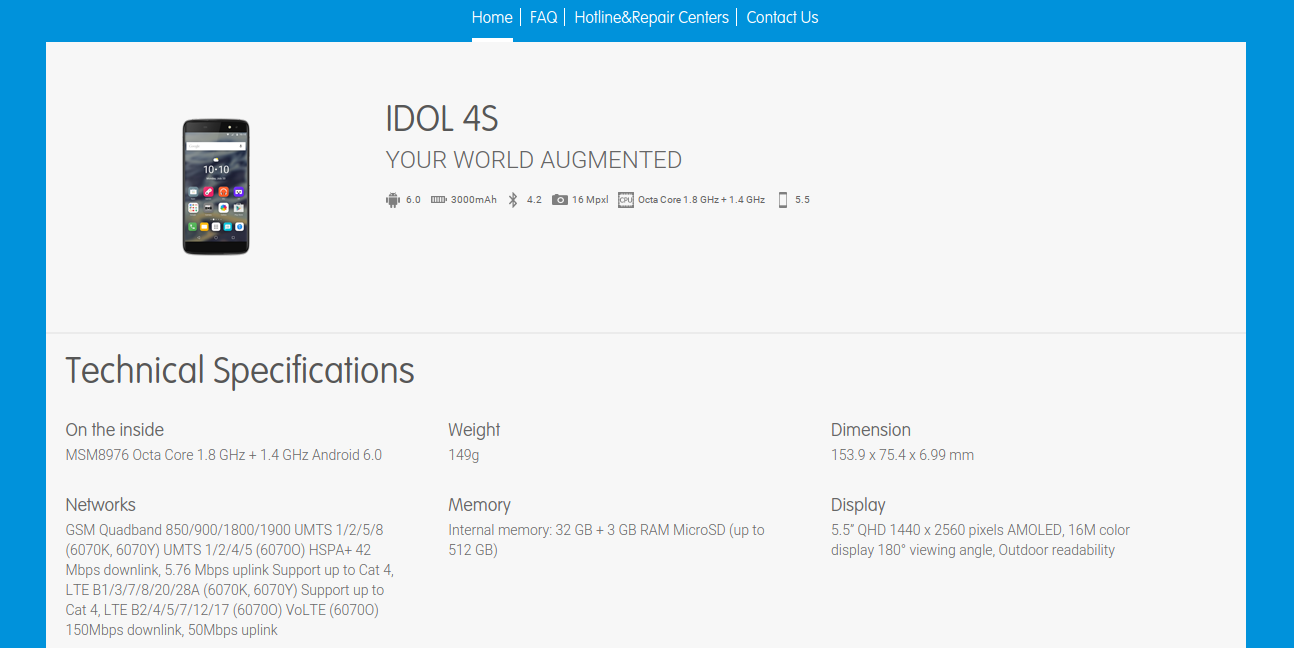 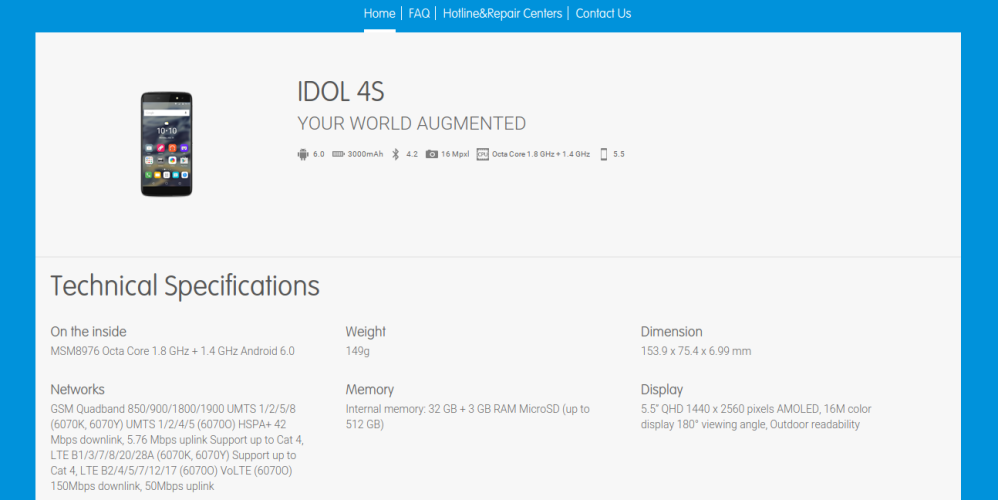 Samsung and LG aren’t the only ones having their Mobile World Congress releases leaked ahead of time. Full specifications for the upcoming Idol 4 and Idol 4S smartphones have been leaked via the support section of Alcatel’s own site…

The Idol 4 has a 5.2-inch 1080 x 1920 IPS display. There are two variants with either 2 or 3GB of RAM paired with 16GB of storage expandable through a microSD card slot. Chip-wise, both will use an octa-core Snapdragon 617 processor. It’s 13MP camera has a dual-tone flash and video stabilization handled by electronic image stabilization. The specs page makes reference to an 8MP wide-angle “sub-camera” which is presumably the front facing camera.

Meanwhile, the Idol 4S is the more direct successor of the larger Idol 3 with an impressive 1440 x 2560 5.5-inch AMOLED display. It’s using an octa-core Snapdragon 652 processor with 3GB of RAM and 32GB of internal storage with expansion. The camera setup is similar to the Idol 4, but the main camera is 16MP. It’s battery is 3000mAh while the Idol 4 is smaller at 2610mAh.

Both devices will launch with Android 6.0 Marshmallow, a nice upgrade from the Android 5.0.2 its predecessors are still on. We cannot garner too much about the appearance of the device from the small images, but they appear to be similar to the previous generation. Presumably, both will launch at similar low and affordable prices points. 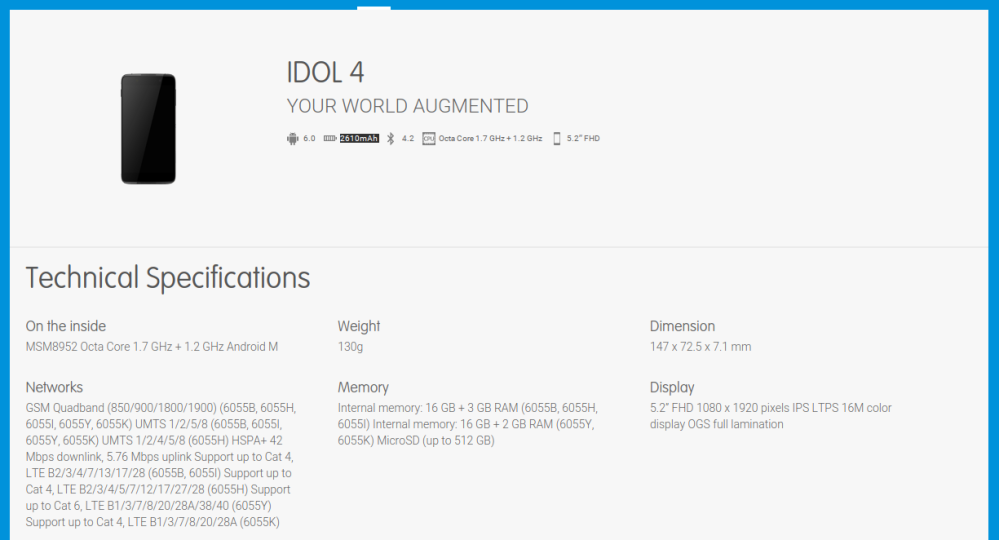