Like many of next generation’s flagship smartphones, the upcoming LG G5 is expected to use Qualcomm’s Snapdragon 820 processor. The Snapdragon 820’s performance has already been revealed in a Galaxy S7 benchmark and today’s LG G5 scores are pretty consistent.

While the G5 won’t be the fastest phone around, it will still be a great upgrade from the LG G4. Last year, LG opted out of the faster Snapdragon 810 chip due to heat issues. The Snapdragon 808 processor in the G4 only scores 1076 single-core and 3379 multi-core.

Interestingly, the LG G5 is running Android 6.0.1 in the benchmark, while the version of Marshmallow that is rolling out to the LG G4 is still Android 6.0. Upcoming buyers will have access to the latest emoji and other features when they buy their new phones. 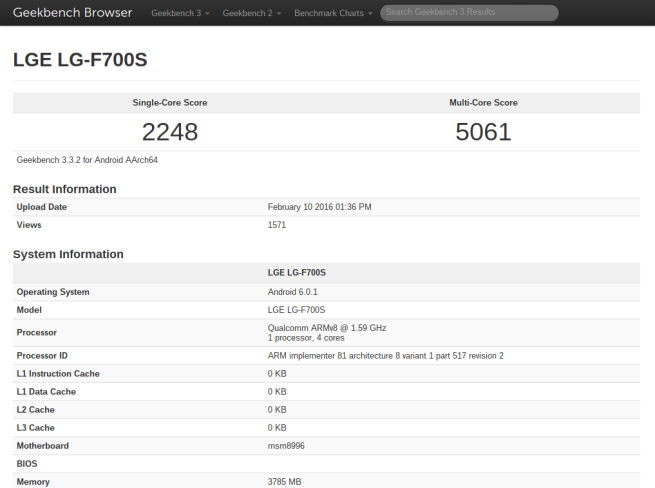