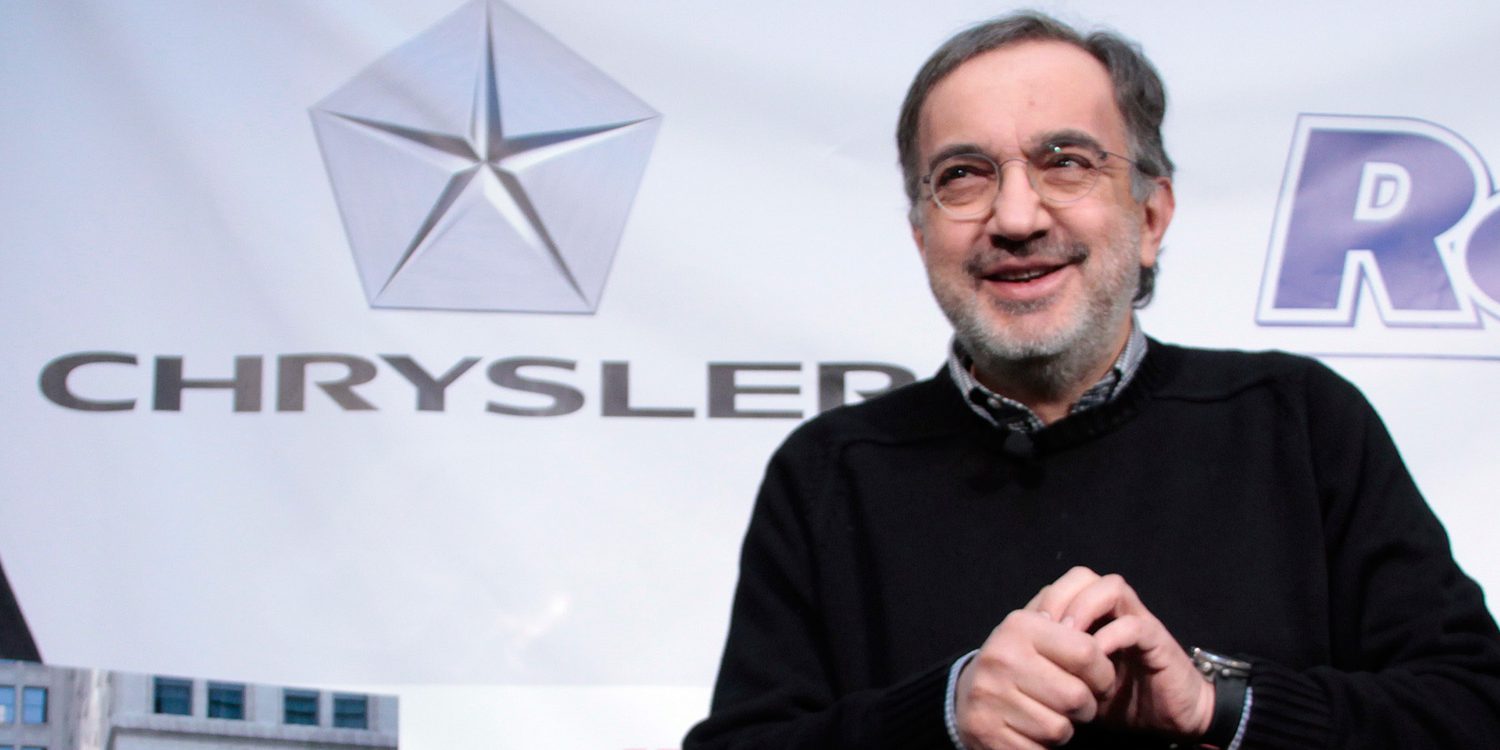 The automotive industry is a capital-intensive industry. Fiat Chrysler CEO Sergio Marchionne knows it and that’s why he is open to work with Google or Apple:

“Google can buy every automaker out of petty cash. And Apple — they made a net profit of $24 billion in one quarter. This is nonsense. What are we defending? What?”

In a not yet released 2-hour interview with Automobile Mag‘s Georg Kache, Marchionne discusses the recent rumors of a FCA partnership with Google for self-driving cars and how the automaker wants to position itself in an industry disrupted by the likes of Apple, Google, Tesla and Uber.

As the executive points out, these companies are too big to ignore. So he discusses what he sees as the ideal role an established automaker like Fiat Chrysler would play in an automotive industry where big tech companies like Google and Apple are willing to spend a lot of money to breaking in. Auto Mag released a snippet of the interview:

“My approach is to be completely open to technology. I think the next paradigm of this business is a paradigm that involves the cooperation for technology with the disruptors. Google is one. Apple is another, even Uber. It’s all about access to the complete information on what people do in the car. That’s when the consumer has time on hand and the business case blossoms. The key is to find a way in which we can coexist with the disruptors, and bring our set of skills to the table. Speed is essential here.

We must establish a link ASAP, must talk to the big players, the newcomers, and the underdogs, everybody. The goal is job sharing on a high level. We build the cars; they build the technology that goes into them. Ideally, I can take this technology and use it across my other brands.”

In the interview set to be released on Monday, Marchionne and Kache discuss several possibilities of multi-brand partnerships between FCA’s Jeep, Alfa-Romeo or Dodge, and both Google and Apple simultaneously, as well as the role of ride-sharing firms like Uber.