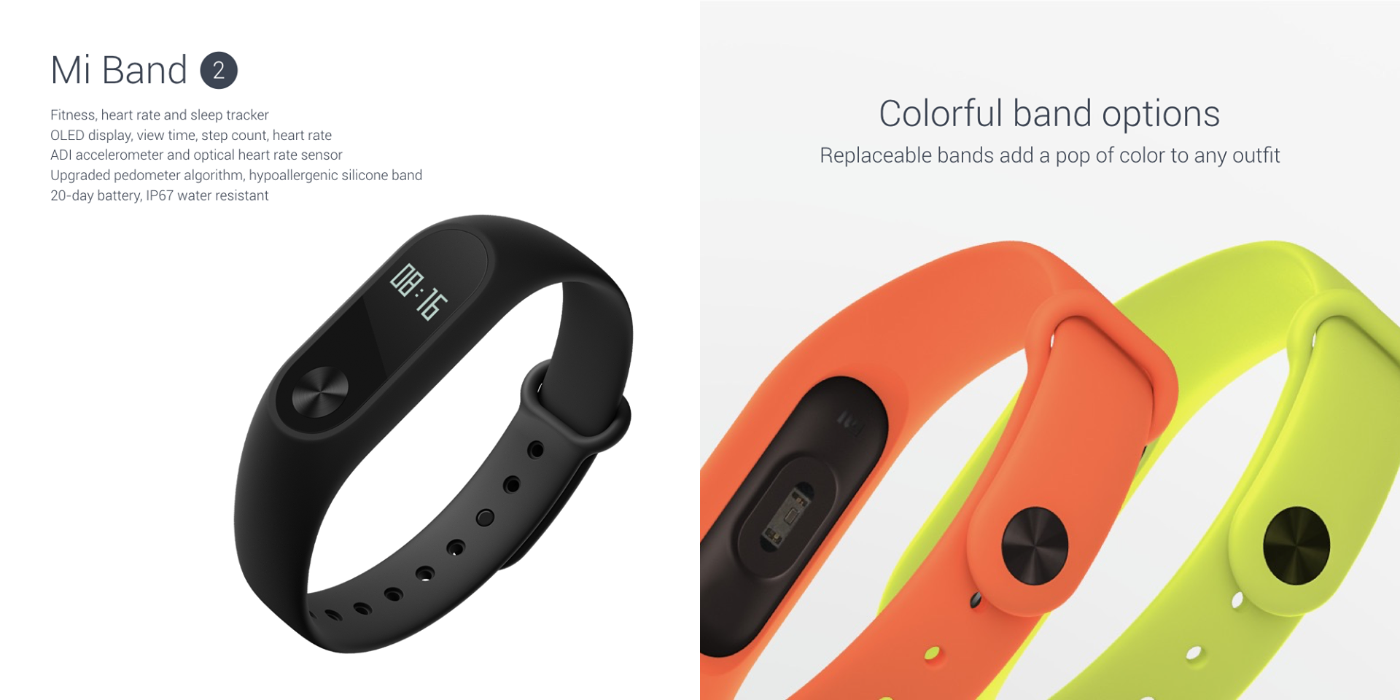 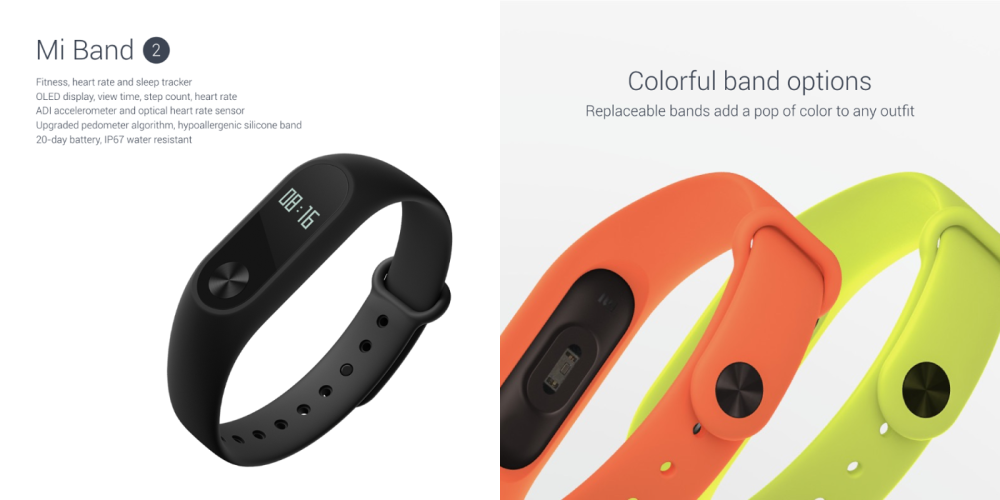 Thanks to a single product line, Xiaomi is the second largest wearable vendor in the world, behind only Fitbit and ahead of Apple. Today, the company announced the Mi Band 2 at a ridiculously affordable price of $23 (RMB 149). It keeps the marquee feature of long battery life, while adding a display and heart rate monitor.

Like the original, all the smarts of the Mi Band 2 fit into a module and has replaceable silicone bands that come in a variety of colors. The wearable is slightly larger than the first generation to accommodate a 0.42-inch OLED screen that shows time, step count, and heart rate. A slim button on the face of the wearable is the sole way to interact with the Mi Band.

Sensors include an ADI accelerometer and optical heart rate sensor, as well as Bluetooth 4.0. Xiaomi claims to have updated the pedometer algorithm for more accurate step counts. The Mi Band 2 can also be used as a sleep tracker and will alert users when they’ve been sitting for too long. The entire thing is IP67 water resistant and has a 20 day battery life. Charging is done by removing the module from the band and placing it into a cradle.

For the most part, reviews of the first Mi Band praised the device on its accuracy, long battery life, and affordability. The Mi Band 2 will likely follow up on its predecessor’s success and makes us wonder why competing fitness trackers are so expensive. It has only be announced for China, though it will likely become available through third-party retailers.