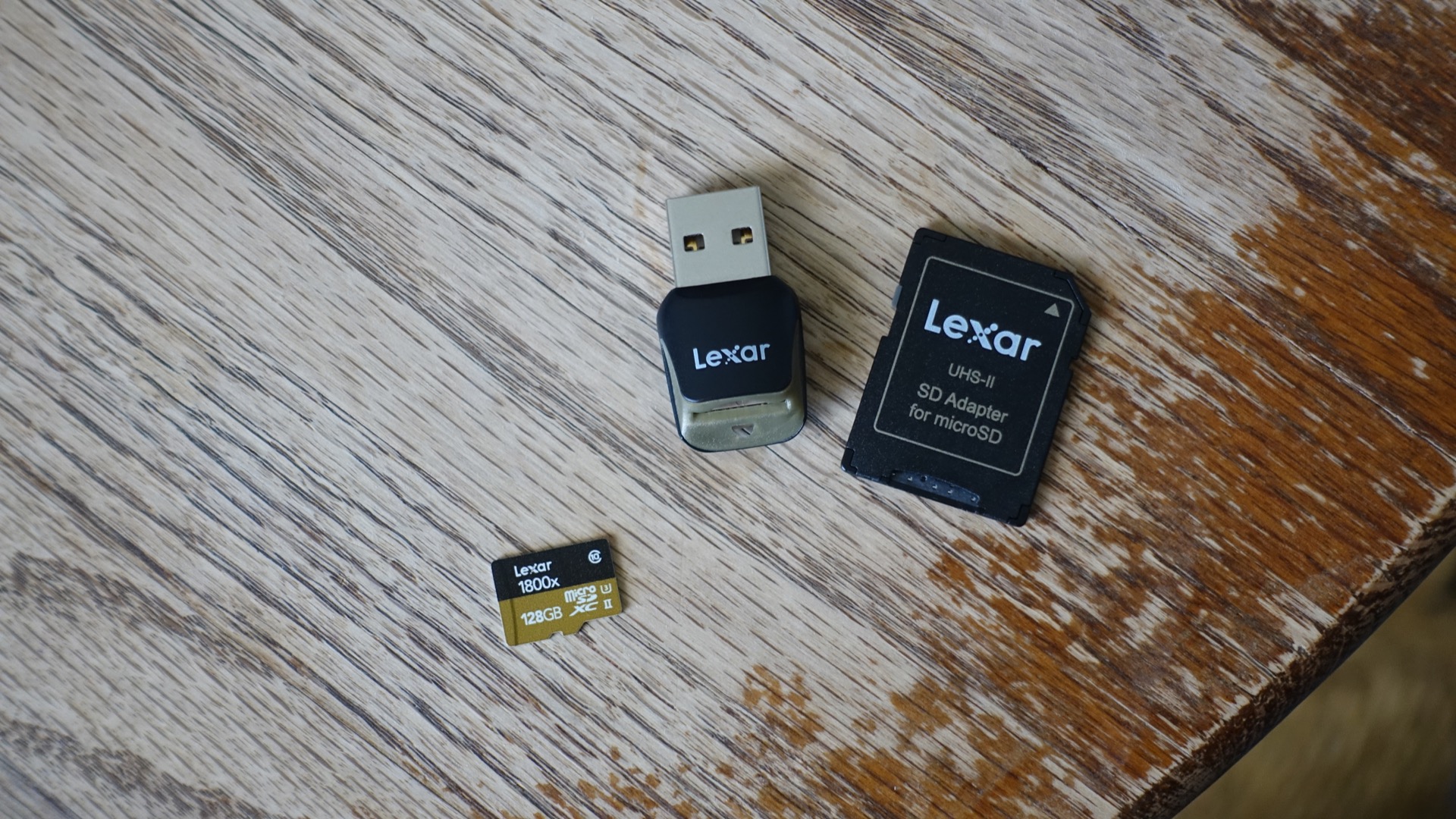 The folks at Lexar sent over a 128GB 1800x-series microSDXC card for me to test out with an Android smartphone that’s capable of shooting 4K video. Lexar notes in its press materials that its professional 1800x line can max out at 270MB/s write speed, which is certainly more than enough for 4K video. Although the statistics are true, there are some things to consider, especially when taking into account the price ($200) of such a card.

Lexar is marketing the 1800x Professional series squarely at those who shoot 4K video. That includes 4K video in standard DSLR and mirrorless cameras, 4K video cameras attached to drones, and of course, smartphones that can shoot in 4K.

Is the speed increase afforded by this card really noticeable in real world usage? I’ll answer that question in a second, but first lets talk about what Lexar includes in the package. Inside the Professional 1800x box you’ll find the following:

Here’s where things get particularly interesting. In order to take advantage of the maximum speed that this card offers, you’ll need to use it in concert with a host that can support such speeds, such as Lexar’s bundled USB 3.0 reader. Max speeds are only obtainable when connected to the USB dongle.

This wouldn’t be a problem if used in an application where a user was frequently removing the card to offload data, but that generally isn’t the case when used as internal storage for a smartphone. 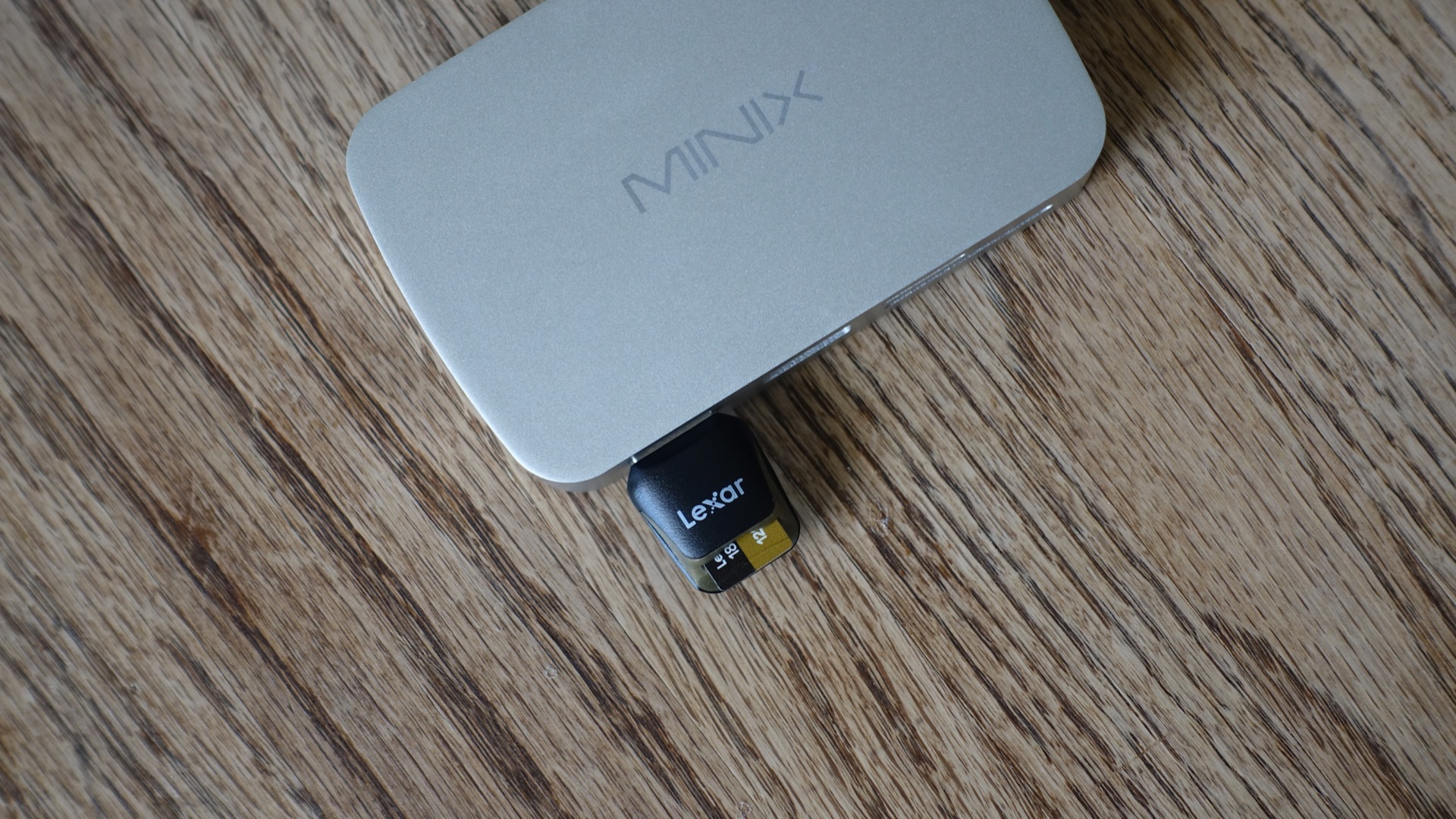 That’s not to say that Lexar’s card is bad, it’s just limited by slower hosts, such as your standard SD Card slot on your computer.

So how does’s Lexar’s card perform otherwise? Speeds are significantly less when not mated with the USB dongle, but are still more than good enough to accommodate 4K video shooting.

For comparison, my sub-$30 Samsung PRO+ 32GB card achieved 78.30MB/s read and 37.89MB/s write. If you’re mounting the microSD card as internal storage, or you’re shooting 4K video, obviously the faster the card the better, but I’ve done both with the slower Samsung card and didn’t notice any major performance hangups during my usage.

So we’ve established that the Lexar card is faster than one of the cheap Samsung PRO+ cards, but what about that 270MB/s advertised on the box? 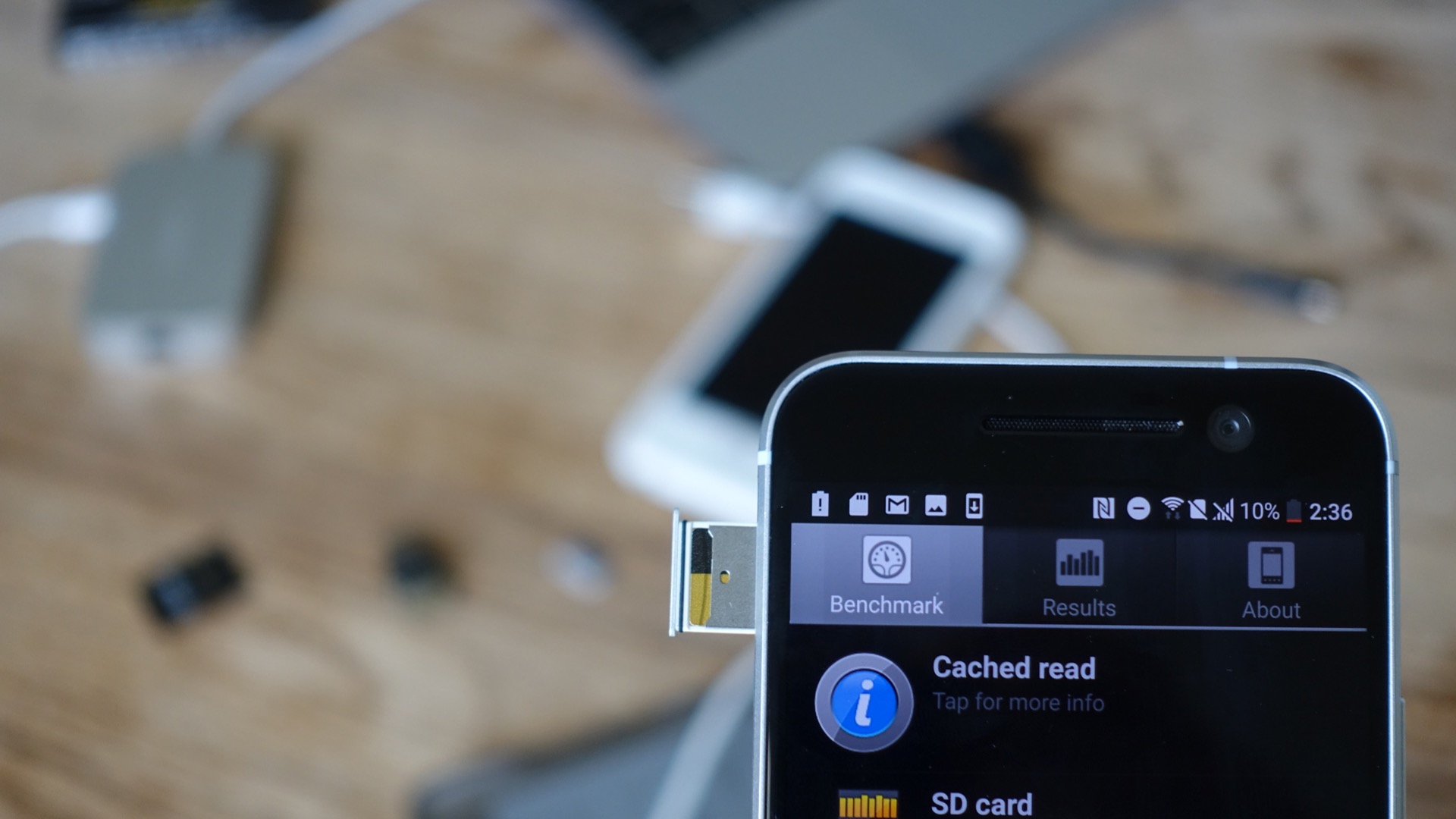 Here’s my QuickBench benchmark when connecting the card to my MacBook via the included USB-3 dongle: 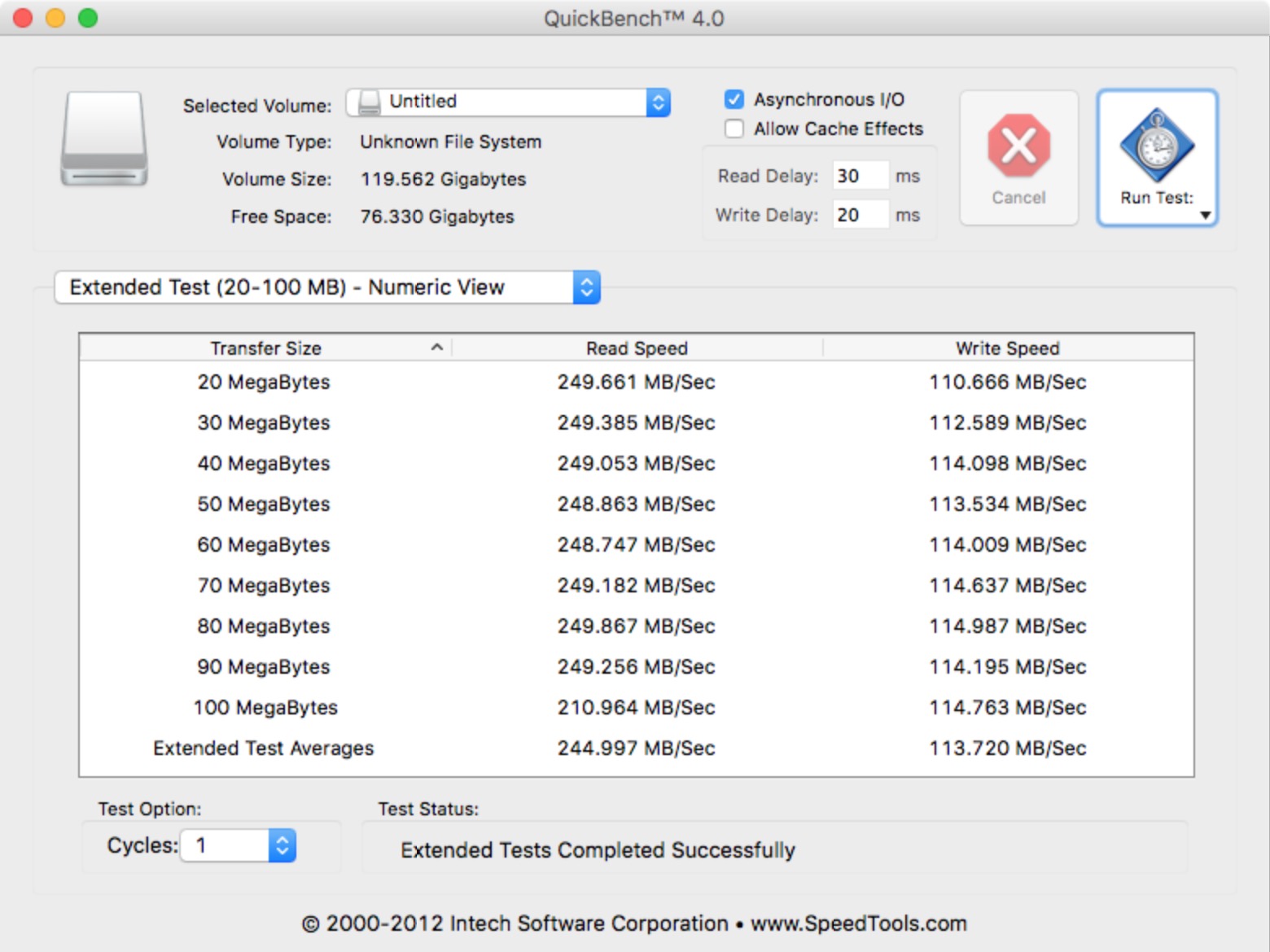 As you can see, that’s much closer to the theoretical maximum throughput promised on the card’s packaging. Such speeds are readily obtainable if you’re willing to submit and use the USB-3 dongle for all of your file transfers, but doing so isn’t always practical or even possible, and that’s where the sheen of the card starts to fade a bit.

Here’s what a benchmark looks like when connected to my Mac via an SD Card slot. As you’ll see, both read and write speeds are much slower: 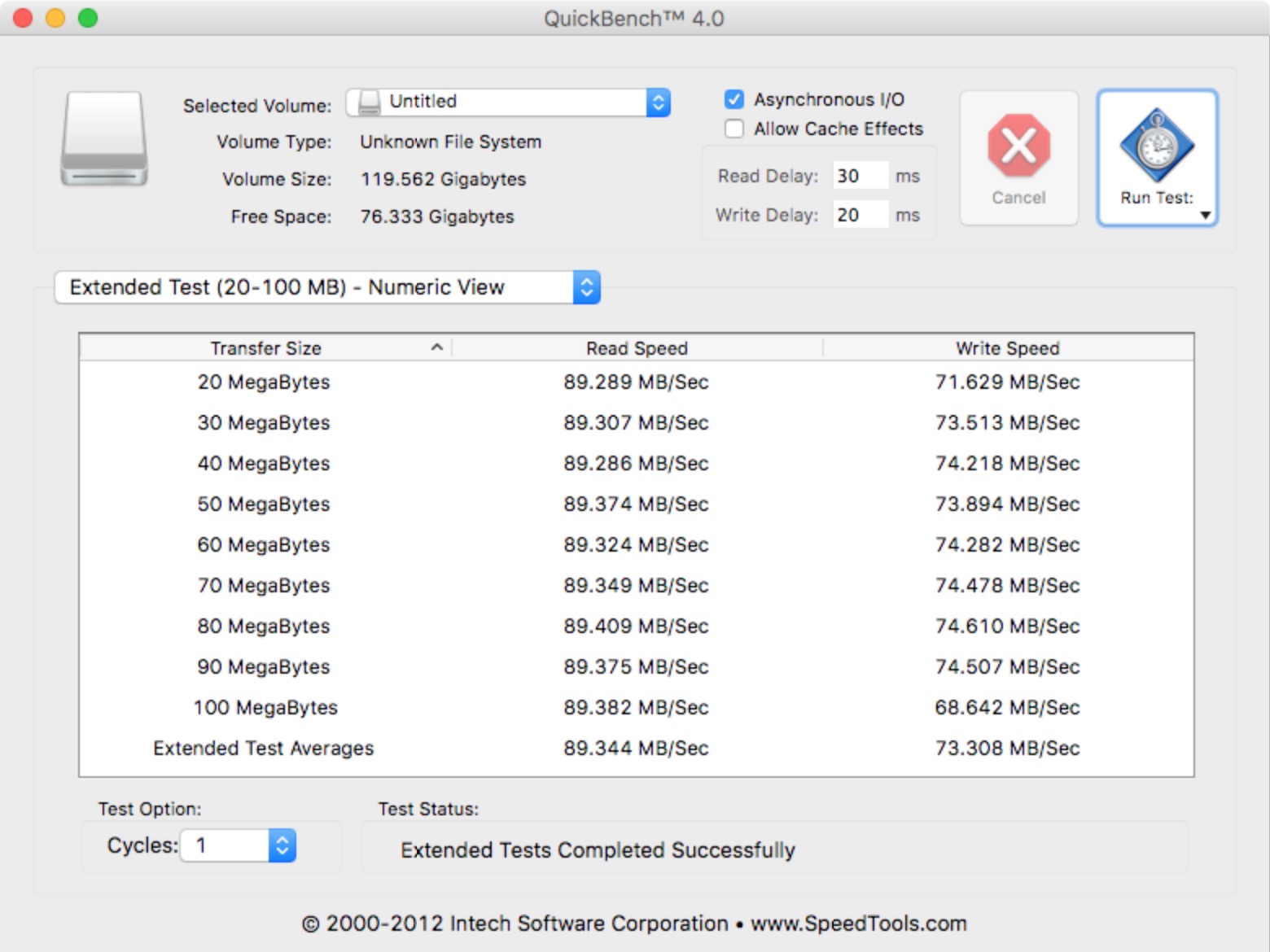 Whether or not the speeds listed above are enough to convince you to upgrade to Lexar’s 1800x series of cards will be a personal decision. But if it’s raw storage space you’re after, you can get a Samsung PRO+ card with 128GB of storage for under $100.

To be honest, the SD Card industry seems a bit like a convoluted mess, filled with confusing statistics. It would be easy for someone to go into a purchase of this card thinking that they would achieve the type of performance prominently advertised on the cover of the box, but that’s not necessarily the case. Yes, it’s possible if using the USB-3 dongle, but it’s not possible when connected directly to most cameras, smartphones, or via the SD Card slots on a computer — applications that the majority of users will find themselves in.

Don’t get me wrong, the Lexar 1800x is a solid card and very fast — but it relies on the included USB dongle to achieve its maximum potential. You can find this and more cards from Lexar’s 1800x Professional series on Amazon.