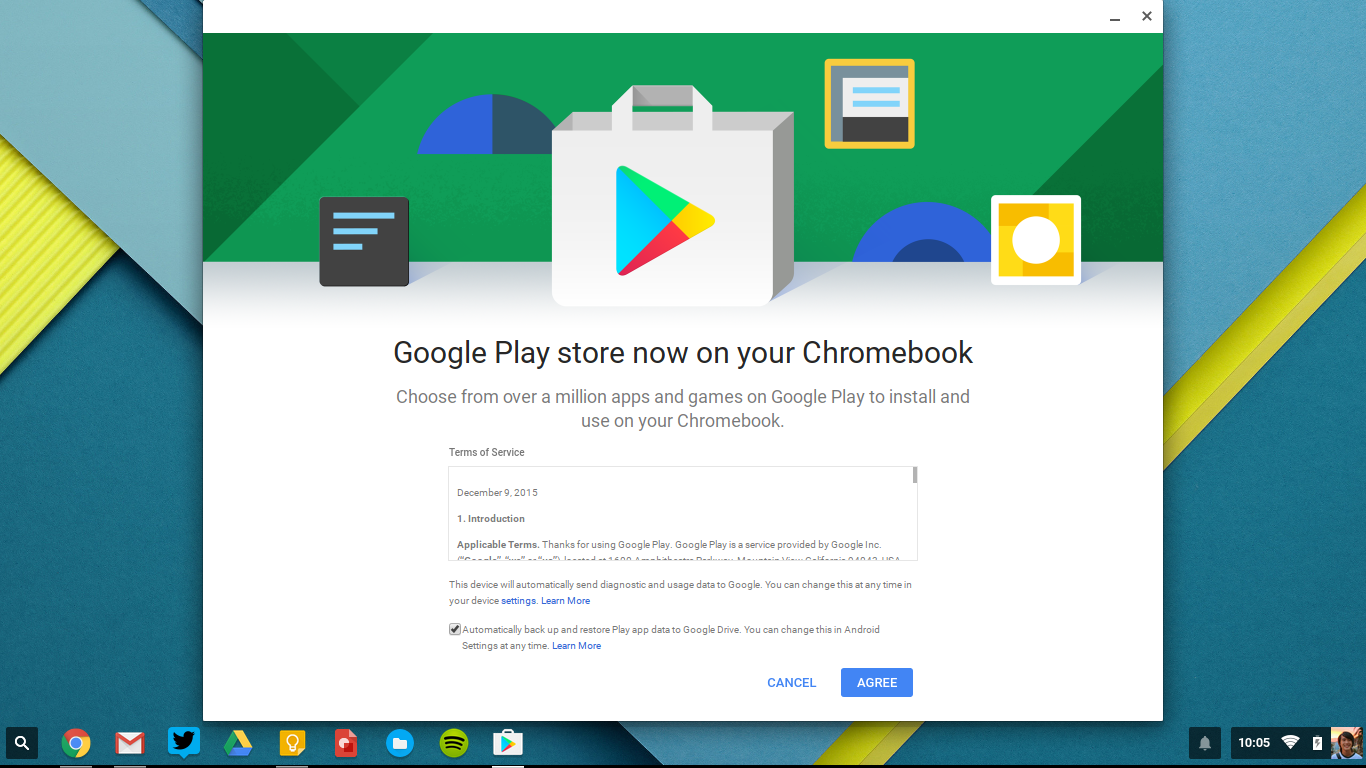 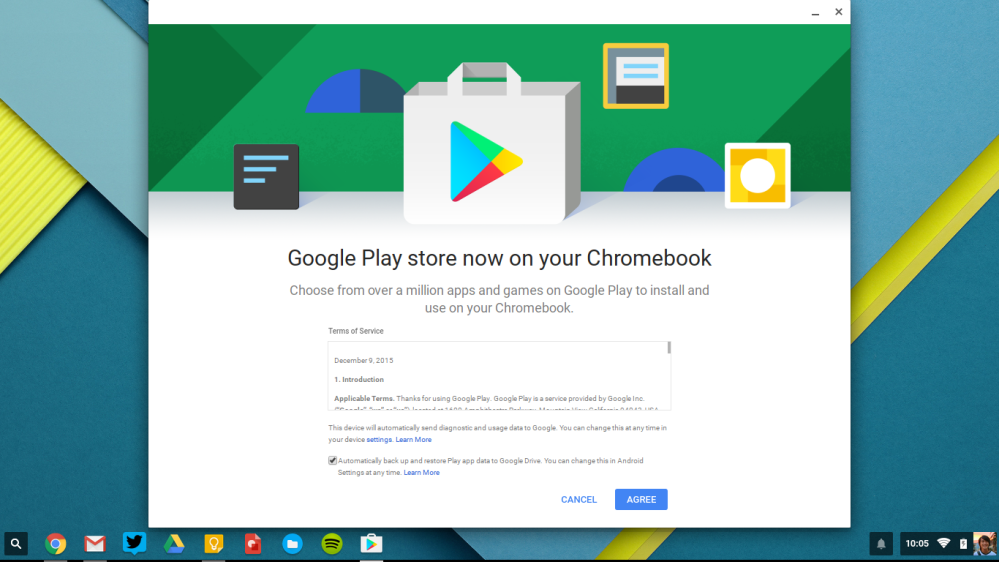 Android apps arrived on Chromebooks with Chrome OS 53 in June, but as we noted during our initial hands-on, the developer channel was still quite buggy and not recommended for use as a daily driver. While the Play Store is still limited to three Chromebooks, version 53 has entered the beta channel with some much needed stability.

After Chrome OS has updated, the Play Store will immediately launch and ask users to agree to terms and conditions. Users will be asked to sign into the Google Account they’d like to use the Play Store with. Most apps, including those from third-party developers, perform just fine, but all are still prone to occasional crashes and lag.

I noticed a few bugs, but the browser part of Chrome OS feels more stable. Android apps and the Play Store are still only available on the Acer R11, Asus Flip, and 2015 Chromebook Pixel. To be on the safe side, I would still caution those who use their Chromebook for daily work to avoid Android apps until the final stable version, expected later this year.

Other changes coming as part of Chrome OS 53 include a new Material overview mode that places windows in cards and provides better labeling. Additionally, the search functionality is more visible, as is the ability to use the arrow keys to navigate around windows. Other changes include a new, more detailed storage manager in Settings. 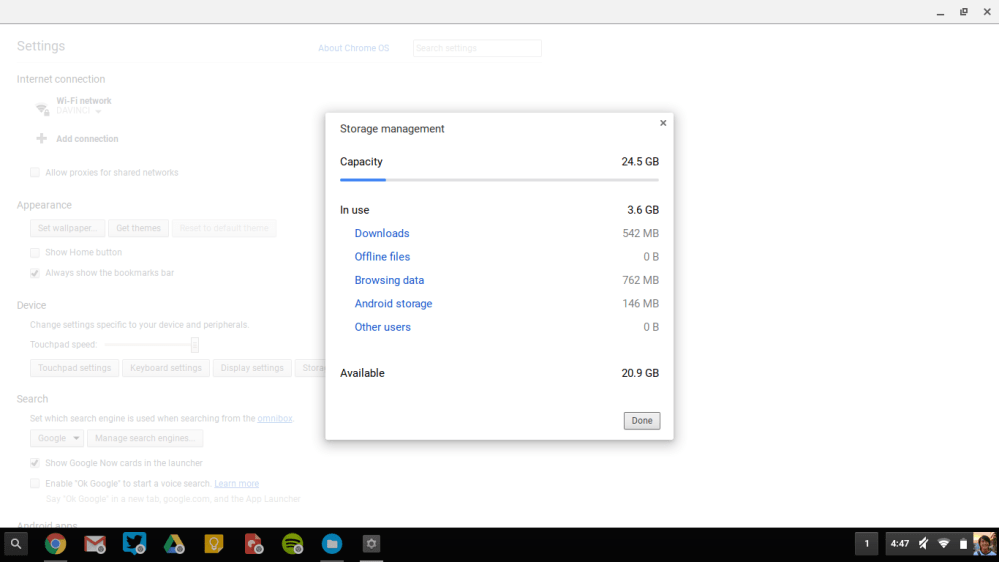