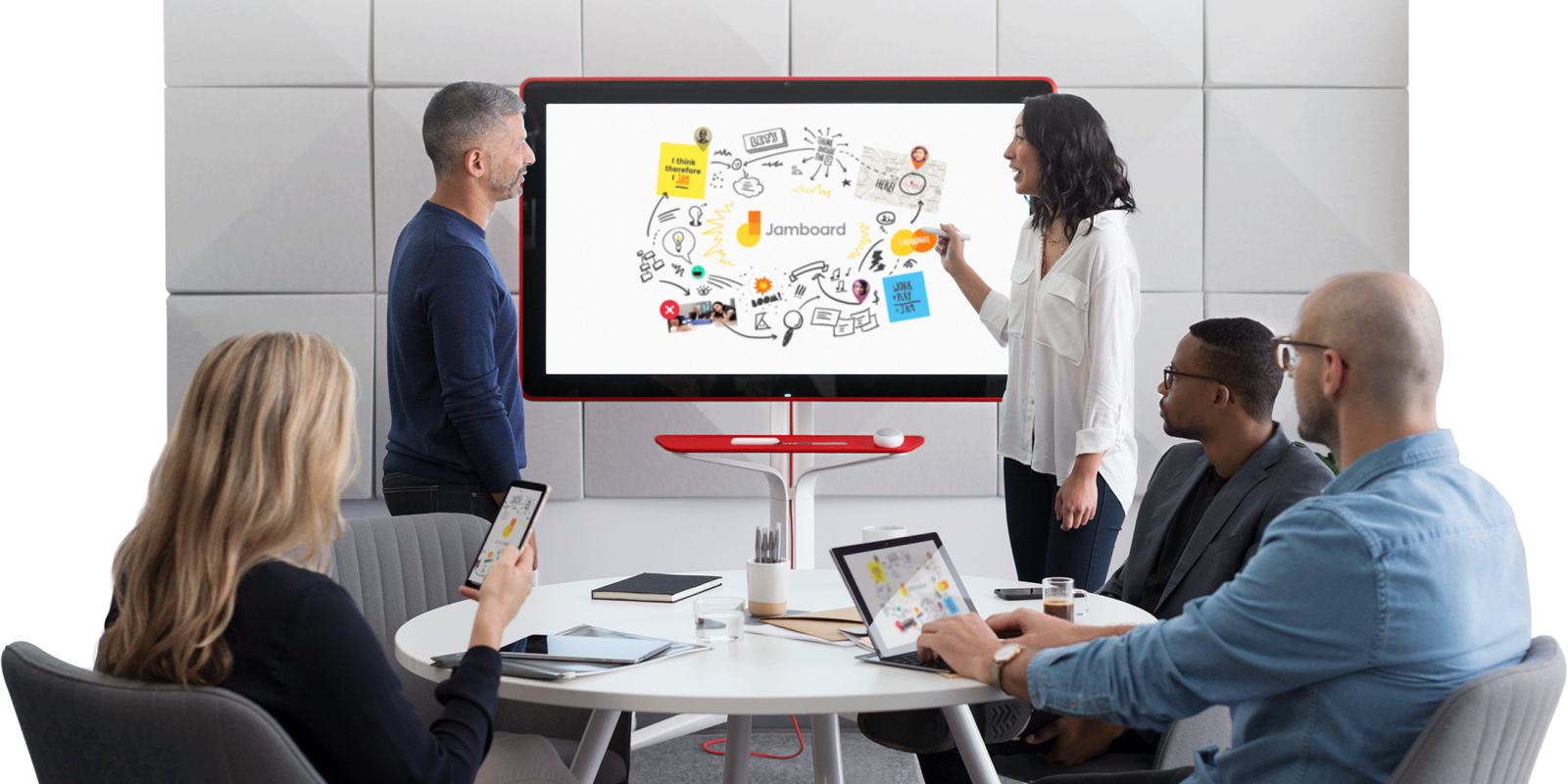 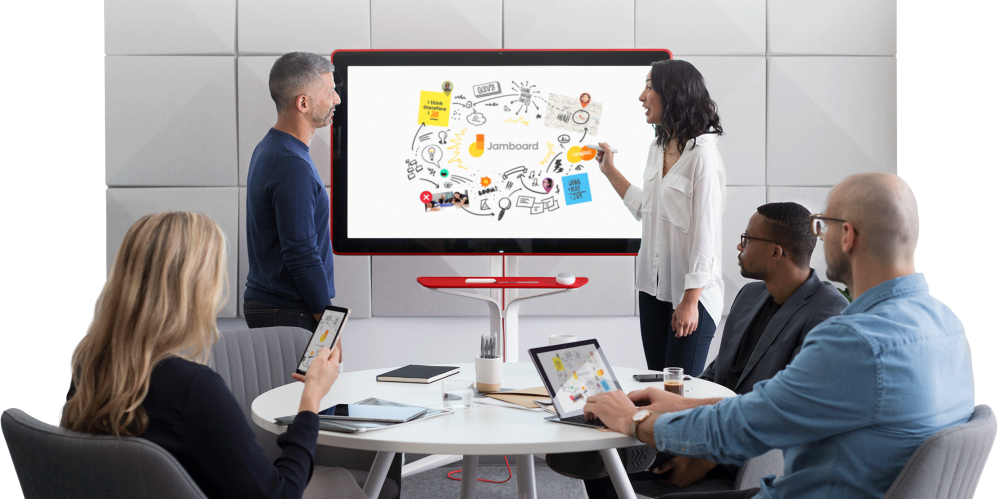 Following a rebrand of all their work offerings under G Suite, Google’s enterprise team has just released its first hardware device. The Jamboard is a digital whiteboard aimed at team collaboration with a 55-inch 4K display and integration with all of Google’s cloud offerings.

The Jamboard comes in multiple colors and is designed to be movable with an integrated stand, wheels, and single-cable setup. A built-in HD camera, speakers, and Wi-Fi allows for video conferencing and broadcasting through Hangouts. It can also be mounted on a wall and features pen and eraser holders underneath.

Neither tools require batteries or pairing, with the display automatically recognizing between the two. Additionally, like a real whiteboard, fingers can also be used to wipe away work off the screen.

Virtual tools include sticky notes and other drawing utensils, while the Android-powered Jamboard supports handwriting and shape recognition. Docs, Sheets, Slides and photos can be easily added to the whiteboard.

Each drawing is referred to as a ‘jam’ and gets automatically saved to Google Drive for later access and editing. In addition to live collaboration with other Jamboards, smartphone and tablet apps allow teammates to work remotely while seeing and making additions to the board. The former device only allows for viewing and inputting data, while the tablet apps feature all of the editing tools available to Jamboard devices. Google confirmed apps will be available for iOS,  Android and Chrome OS.

The Jamboard will be available for under $6000 next year. Google notes that the device is “competitively priced,” as “touch displays have traditionally been expensive.” G Suite customers will be able to join an Early Adopter Program in order to perfect the device before a wider release.