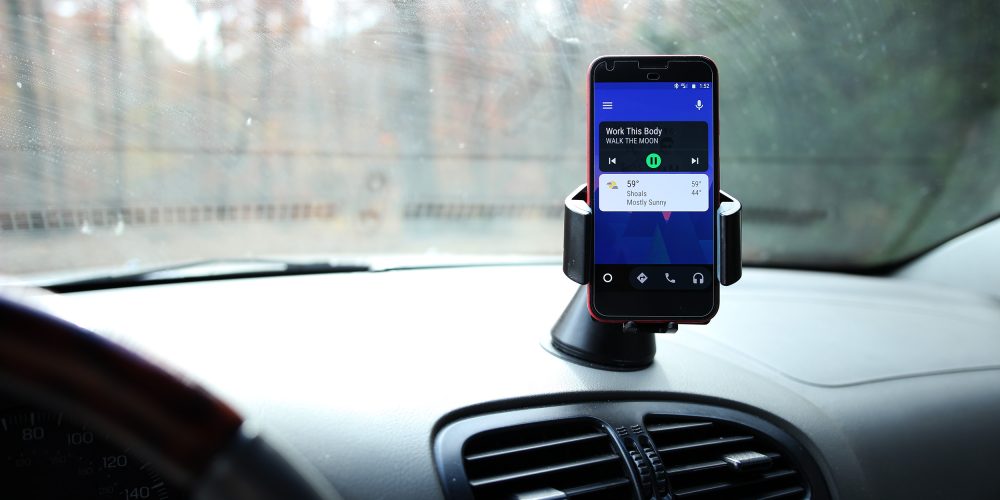 The great thing about Android Auto is that now, thanks to a simple app, anyone can have a good infotainment system that adapts nicely to the relatively in-car environment.

And finally, it seems, the one big feature that was missing is now starting to roll out…

Considering how pervasive the ‘voice UI’ is in Google products — from phones and tablets to Android Wear watches and now Home — it was weird of the search giant not to make it a core feature of the Android Auto app since day one — just like it is for the actual OS that a few cars sport.

But now, fortunately, you won’t have to get distracted by tapping a button on the screen, as the famous “Ok Google” hotword detection has found its way to the Android Auto app.

First spotted by Reddit user /u/neo5468, who noted that the change appears in the Google app rather than Android Auto’s, the new feature appears to be rolling out via a server side switch.

In fact, the latest version of Auto (v2.0.6427) seems to be a prerequisite in order for the toggle in the Search app to show the Auto support, but that won’t automatically activate it by itself.

Given that this can represent a significant boost in security, we sure hope it won’t take long. 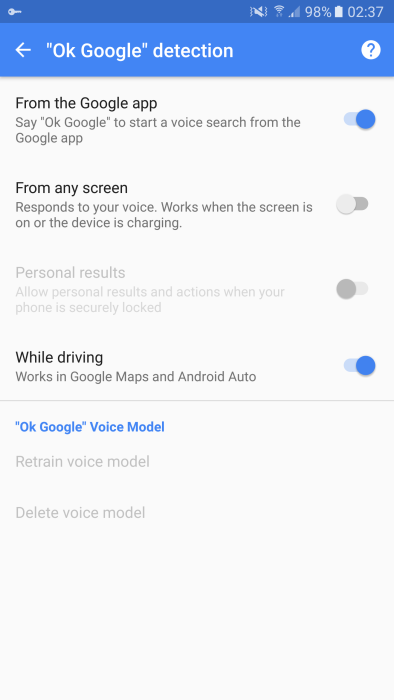