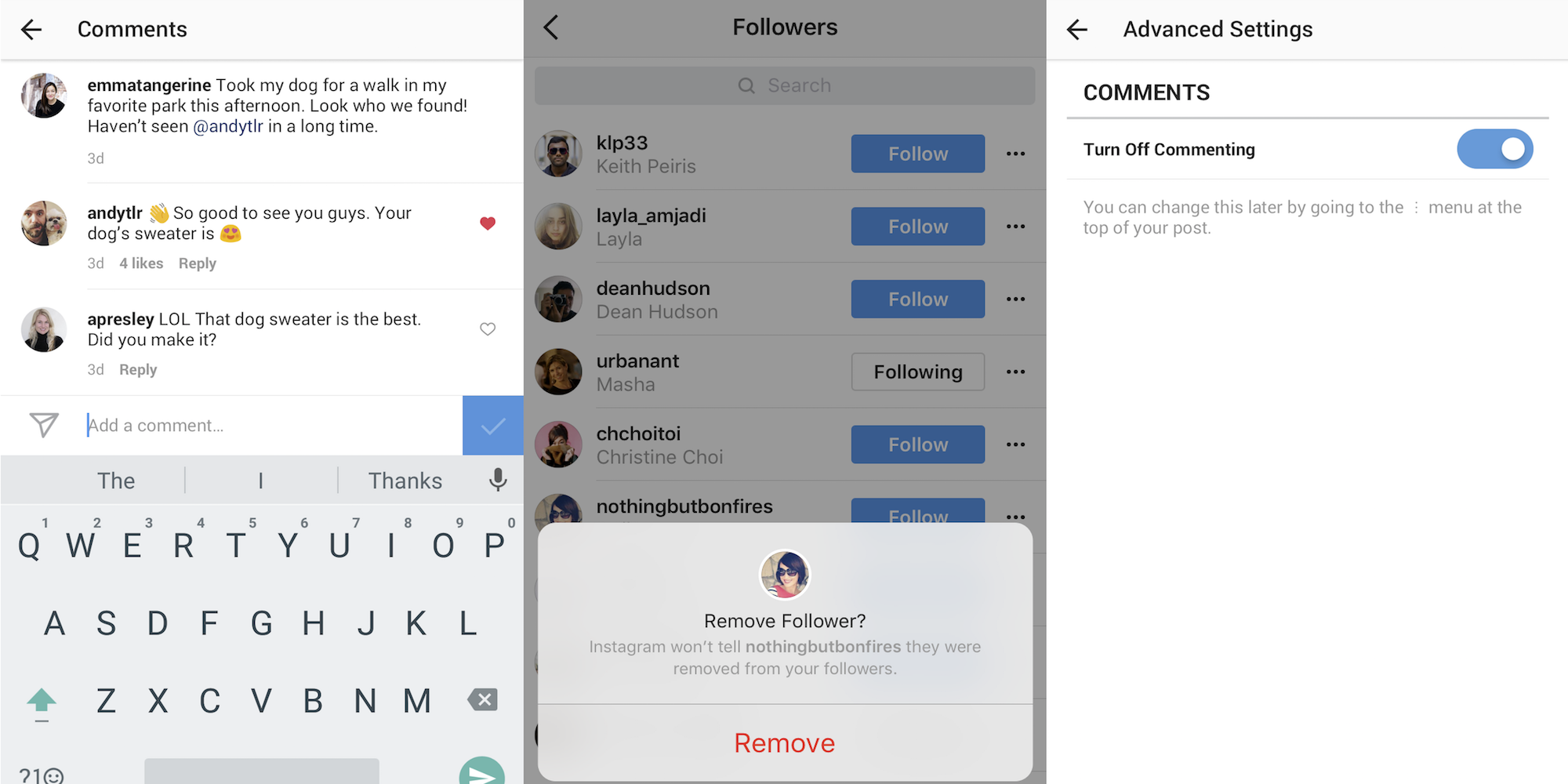 Today, Instagram announced an update rolling out including new tools designed to increase online safety of its platform. But in addition to security improvements, the features also introduce new ways to interact with followers.

Among the new features, users can now turn off comments for individual posts. That’s something that Instagram was previously only letting a very small percentage of users do, but soon it will be available to all as the new update rolls out.

You can turn off comments on a post before posting by tapping “Advanced Settings” followed by “Turn Off Commenting”.

And while the ability to turn off commenting is a nice security feature for those that might want to avoid controversial or negative comments, the update is also introducing a heart icon next to comments that will allow you to like comments. Instagram says it hopes the feature will encourage “positivity throughout the community.”

Instagram will also introduce the ability to remove followers on private accounts:

Some people on Instagram choose to have private accounts, which means they approve each follower. This is an important way for people to feel comfortable sharing with close friends and family. In the past, once you approved a follower, there was no simple way to undo that decision without blocking them. Going forward, if your account is private, you can remove followers by going to your list of followers and tapping the … menu next to any person’s name. The person will not be notified that you removed them as a follower.

Lastly, a new anonymous reporting option will allow others to flag “self-injury posts. “If you believe that someone you care about may be thinking about injuring themselves, you can report it anonymously, and we will connect your friend to organizations that offer help. We have teams working 24 hours a day, seven days a week, around the world to review these reports.”

The updates are rolling out to users now in the latest version of Instagram and will appear for all over the coming weeks.