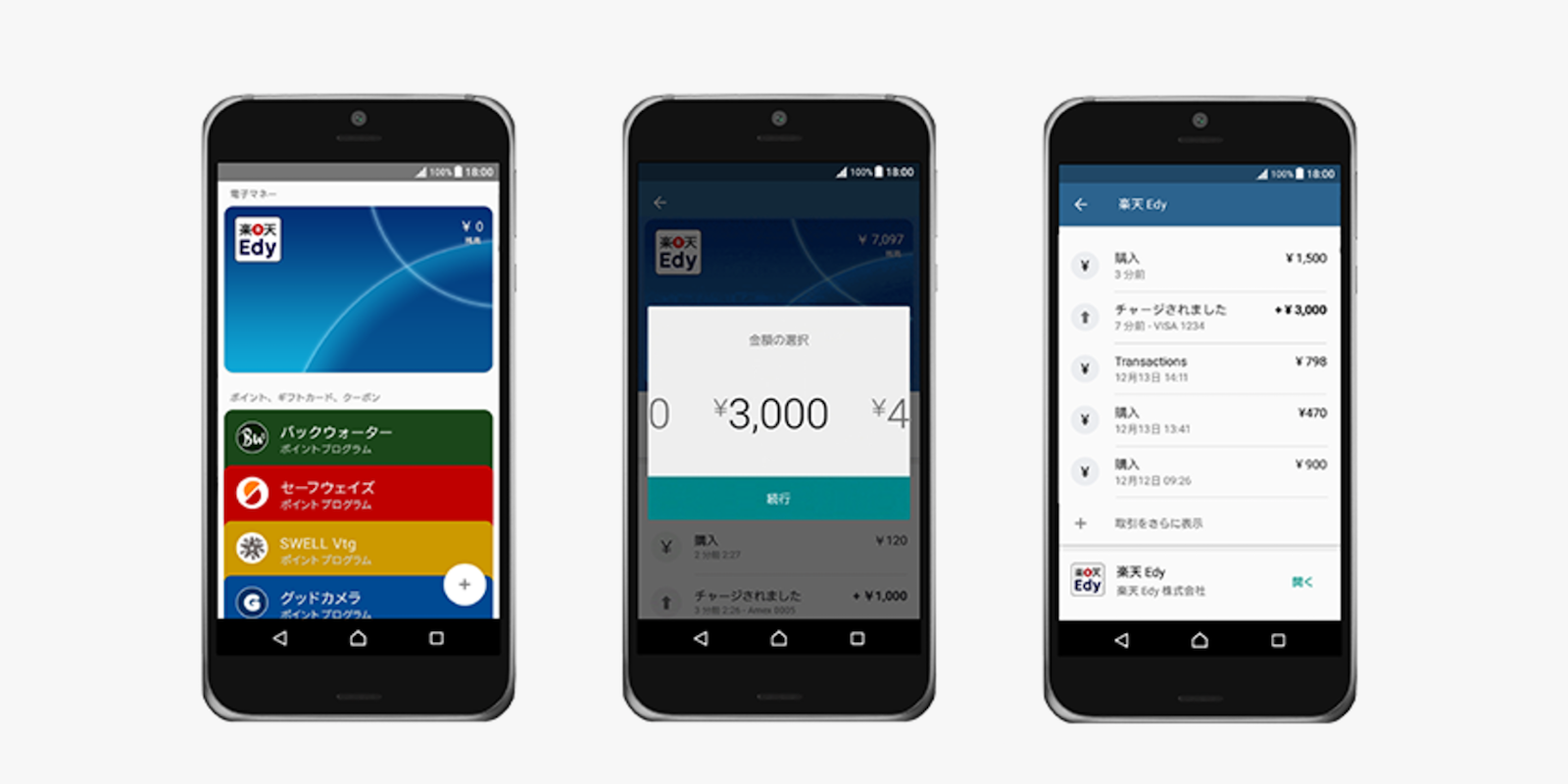 Android Pay is today arriving in Japan with Google confirming the launch in an announcement on its website this evening. The payment service will initially launch in the country with support for Rakuten Edy, which means that users will be able to use Android Pay at over 470,000 locations that currently accept the Rakuten Edy eMoney platform.

Google’s blog post points out some of the notable retailers on the list, including Bic Camera, Family Mart, Lawson, McDonald’s and Yodobashi Camera. The company linked to a full list of merchants that accept Rakuten Edy eMoney here.

Google notes that it plans to roll out support to more payment platforms and card providers next year including FeliCa Networks and The Bank of Tokyo-Mitsubishi UFJ, Ltd., Visa and Mastercard. As a limited time promotion, Google is offering a 400 yen sign-up gift for those that unload the app and create a Rakuten Edy card.