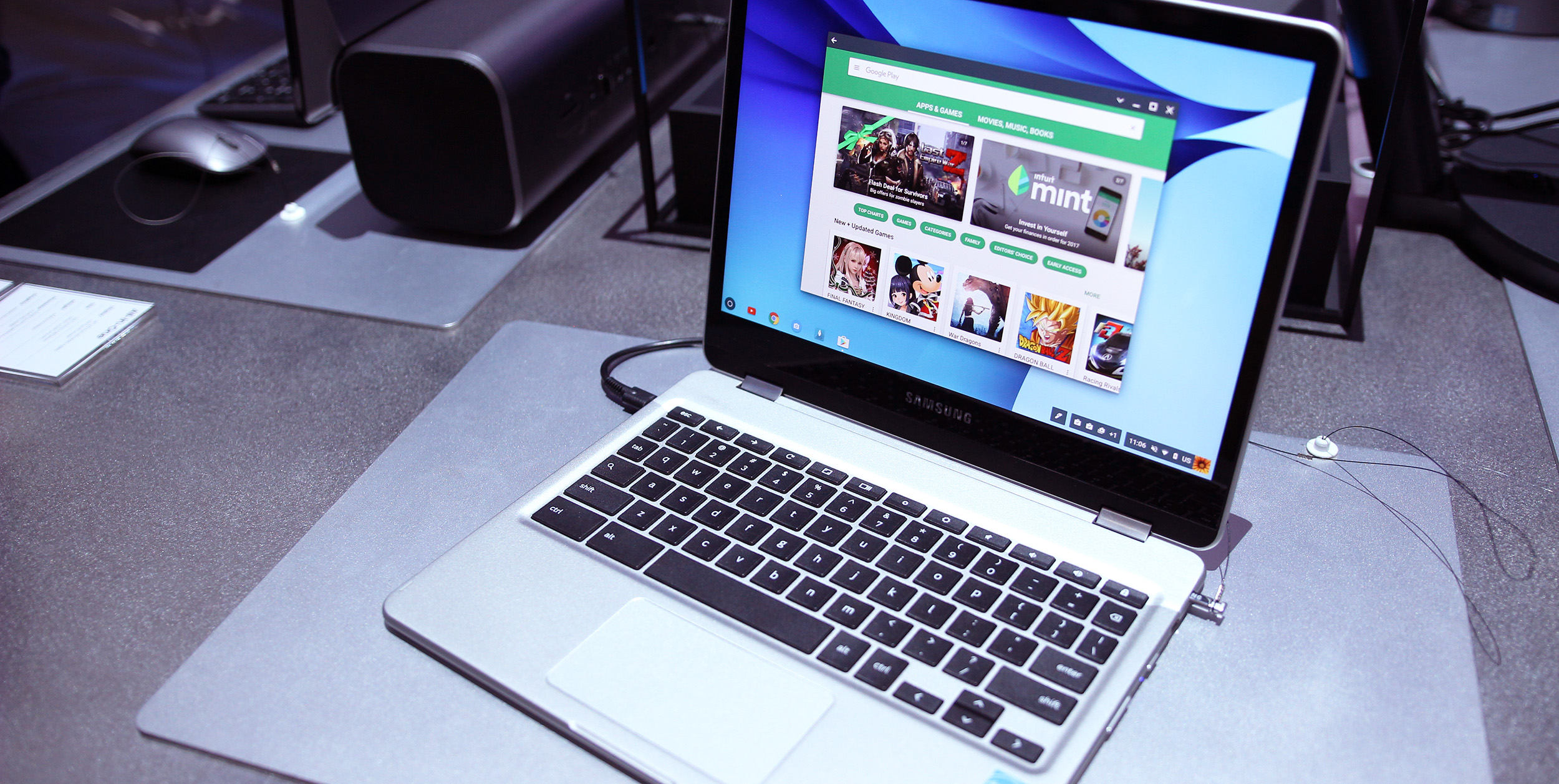 Chromebooks are already useful machines, but as we’ve noted several times before, Android apps are a game changer. Or at least, it will be once they roll out. At this point, it’s been over 6 months since Google initially announced Android apps for Chrome OS, but we’ve only seen a few models updated with compatibility. Now, Google is confirming that new arrivals in the Chrome OS market will ship with Android apps out of the box.

Since Google announced Android apps for Chrome OS, various OEMs have been working on hardware that takes advantage of the new software, namely by adding touch screens and 360-degree hinges. Some examples include two announcements from CES earlier this year ─ the Samsung Chromebook Plus/Pro and the ASUS Chromebook Flip 2. However, we also saw releases during 2016 designed with Android apps in mind.

One example of that is the Acer R13. As fantastic a laptop as it was, the machine felt incomplete at launch since it didn’t ship with Android apps. Rather, it took a few weeks following the release for Google to update the machine with Play Store access.  Now, Google has officially confirmed that every Chromebook launching in the 2017 calendar year will ship with Android apps out of the box, rather than having to wait on an update.

Now, Google has officially confirmed that every Chromebook launching in the 2017 calendar year will ship with Android apps out of the box, rather than having to wait on an update. This will include options like the Chromebook Plus/Pro and the Flip 2, but also other options announced and released from this point on. Needless to say, that’s a big plus for the market and will certainly help out with any customer confusion over Android apps. Dozens of existing Chromebooks will also be updated over the coming months, but Google hasn’t said anything about when to expect more releases.