Some Galaxy S7 Edge users are reporting a ‘pink line’ issue on the display, Samsung may cover under warranty 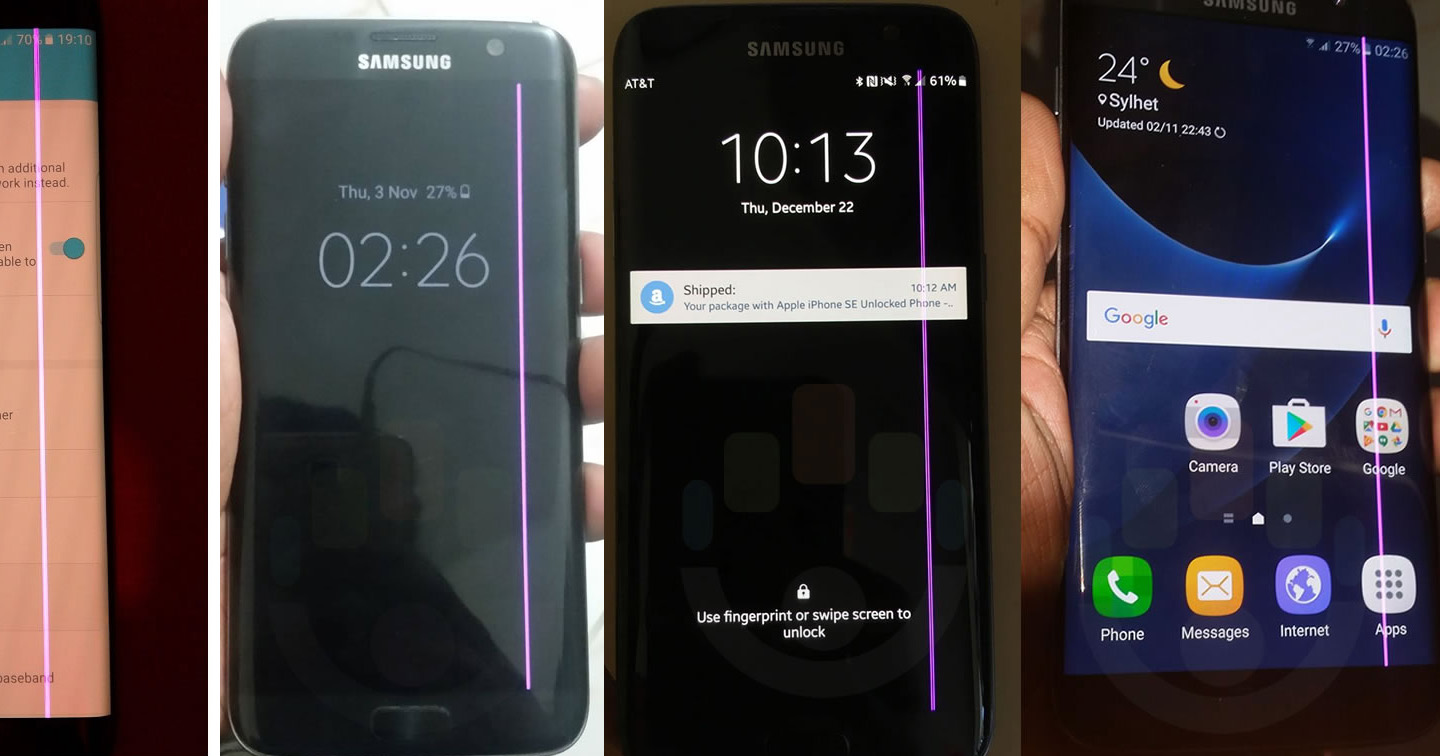 Samsung’s Galaxy S7 Edge is one of the best phones released during 2016, and to this day, it remains an excellent option. However, as all phones age, issues begin to appear. Over the past few months, several reports have come out from S7 Edge users showing a vertical pink line on the phone’s display.

Via Reddit, Twitter, Facebook, YouTube, and a massive thread on Samsung’s support forums, users are reporting this issue with pictures to prove it. Some users report the problem as far back as April of last year. The specific cause of this issue is unclear. Many would assume it occurred as the result of a drop, but most reports don’t include any mention of a drop occurring. Further, a Samsung spokesperson states (to Myce) that a drop wouldn’t cause this issue in particular, but would instead cause dead pixels if the display’s circuitry was acting up.

A Samsung community moderator responded to online claims on Samsung’s forums, stating that Samsung recommends sending the device in for evaluation. Upon inspection by a technician, the company will decide if the cause was due to a defect, or to user damage.

Samsung has yet to acknowledge this as a widespread issue, meaning users will need to continue simply sending the device in for repair and hoping for the best. Myce recommends that S7 Edge users experiencing this problem try “resetting” the screen’s pixels by performing the following process.

For some users this temporarily fixes the issue. To do so, go to the dial pad on your Samsung Galaxy s7 Edge and enter *#0*# . Then click on Red, Green and Blue. This should reset the individual pixels of each color. If it doesn’t work the first time it might be worth to repeat it several times.