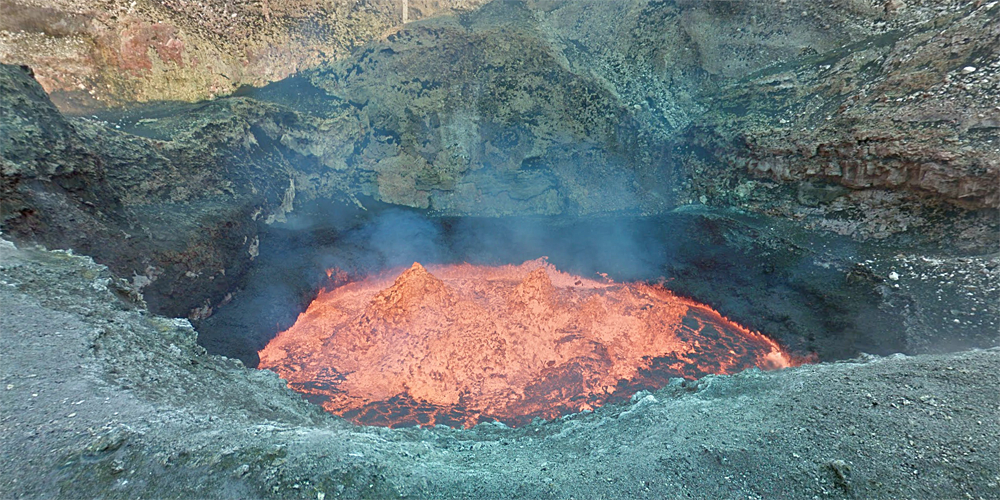 Google’s Street View Trekker system has taken us to some pretty amazing places in the past, but an abseil more than 1,000 feet into the crater of an active volcano has to be the craziest one yet.

We invite you to join us on a journey to the edge of one of the largest boiling lava lakes in the world on the Vanuatuan island of Ambrym. To get  inside  the active volcano, we partnered with explorers Geoff Mackley and Chris Horsley, who repelled 400 meters into the Marum crater with a Street View Trekker collecting 360-degree imagery of the journey down to the molten lava lake, which is roughly the size of two football fields.

If you prefer to experience your hot air in a more sedate form, Street View has also added a tour of Britain’s Houses of Parliament …

Gizmodo notes that Speaker John Bercow welcomed the tour, which has been added to the official Parliament website.

Parliament belongs to the people, so it is only right that everybody should get the chance to experience it. The virtual tour means that people from all over Britain and, indeed, all over the world can visit Parliament and learn about our democratic institutions.

UK voters can arrange a free tour of the real thing via their MP, while overseas visitors can book paid tours.