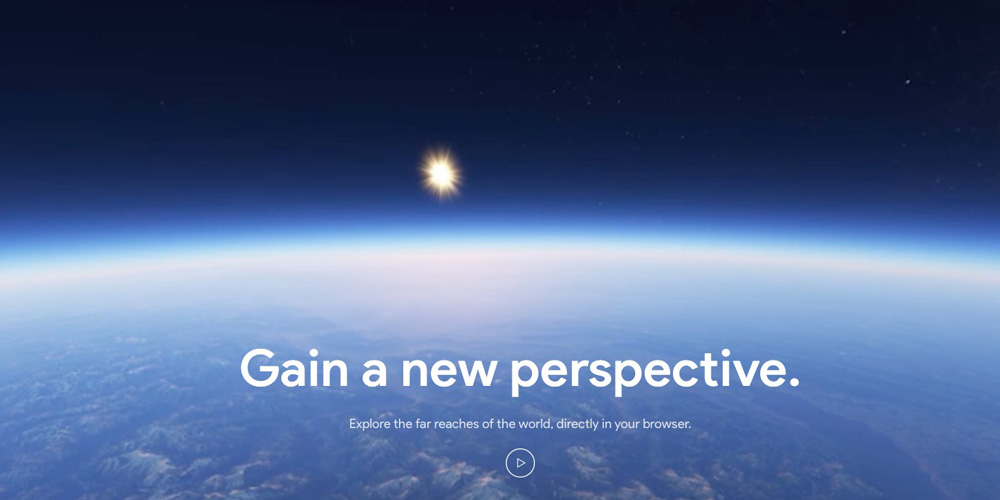 Google teased that it would be launching a ‘brand new experience’ for Google Earth, and it has today announced the details.

The biggest change is that Google Earth is no longer a standalone app on desktop: it now runs as a web app. As of today, it’s Chrome-only, but the company is promising support for other browsers later. The mobile version still requires an app, and is currently Android only, with iOS support promised.

There are, though, two headline new features …

Voyager is a new type of guided tour, accessed via a ship’s wheel icon. These are curated journeys of around ten locations, each with a particular theme. The journeys of course include Street View imagery and 360-degree videos to provide an immersive experience. There are around 50 Voyager tours available today, with more to follow, and Engadget reports that the company has partnered with content experts to create them.

Google partnered with the likes of DigitalGlobe and the BBC at launch to provide some of the more detailed stories, but we’re told these will be regularly updated with new and increasingly more curious adventures. For now, though, the selection of around 40 available looks pretty good, with everything from touring Hemmingway’s favorite haunts to a chance to meet girl muppets around the world (yep, check it out, much fun). Each “voyage” is usually about ten “locations” long, complete with swooping transition around the planet as you progress to the next spot.

Google has also borrowed the I’m feeling lucky button from Search. Hitting this will randomly take you to one of 20,000 locations complete with Knowledge Cards to tell you all about them. Google said that this randomized feature reflects the way many people use the apps, to just explore the planet without any particular destination in mind.

You use Maps to find your way, Earth to get lost.