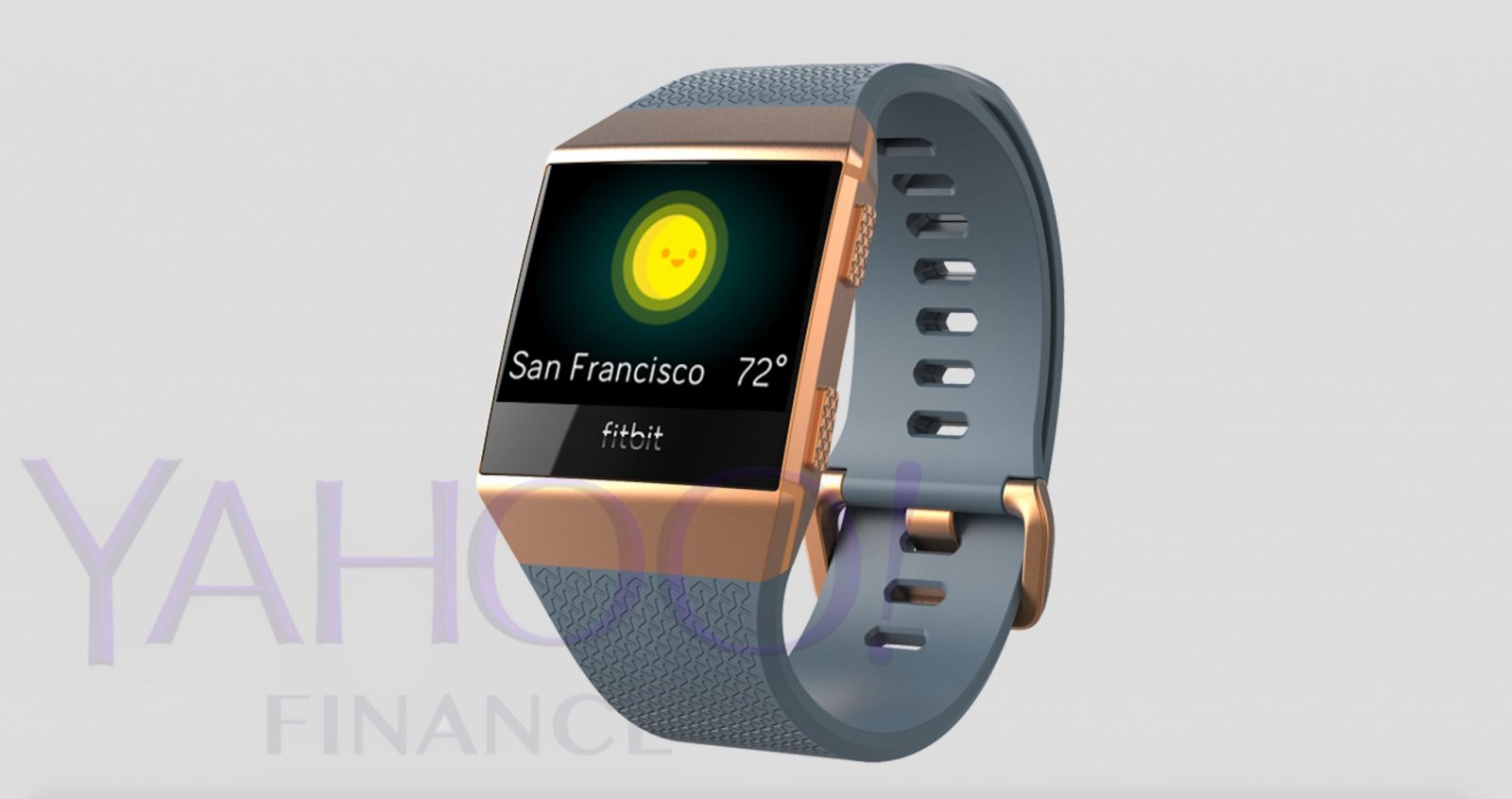 Fitbit purchased Pebble for its software assets late last year as the fitness maker works on building a “proper” smartwatch. The first images of that device have now leaked and show Fitbit mostly iterating on the design of its existing wearables.

Revealed by Yahoo Finance, this unnamed device looks similar to the current Fitbit Blaze (pictured below). The screen is rectangular and appears to stretch edge-to-edge, but with a rather large bottom bezel that displays the company’s logo.

Surrounding the screen is an aluminum unibody design with the right side featuring two textured buttons. The report notes that users will be able to swap the watch bands out, with Fitbit likely also selling different colored frames.

Compared to its previous fitness wearables, Fitbit is specifically targeting the Apple Watch. As such, the color display will have a similar 1,000 nits bright display like the Series 2, built-in GPS, and a heart rate monitor. Features include the ability to make payments and play/store music from Pandora.

Priced at $300, the watch was allegedly scheduled to be announced this spring. However, Fitbit was forced to push the launch into the fall due to GPS connectivity issues that required a redesign.There are similar issues with waterproofing. According to The Verge, this smartwatch will be the first Fitbit to be designed entirely in-house.