Android Nougat — specifically version 7.0 — continues its steady rise according to the platform distribution numbers for May. This increase is likely aided by the launch of major flagships by Samsung and LG around the world this past month.

Android 7.0 jumped from 4.5% in April to 6.6% in May, while 7.1 only rose a tenth of a percentage point. At .5%, very few non-Google devices are running the absolute latest version of Android.

The majority of OEMs are still pushing Android 7.0 with the unlocked Galaxy S7 Edge only receiving it earlier today. Meanwhile, Samsung, Alcatel, and ZTE have announced a number of low-end devices running Nougat in the past month.

Growth for Marshmallow is stagnant at 31.2% and it remaining the single most used version of Android. Lollipop also stayed at 32% due to version 5.0 falling .3 points, but version 5.1 interestingly making up that exact amount.

These numbers are compiled from Android devices that accessed the Play Store in a seven-day period ending on May 2nd. 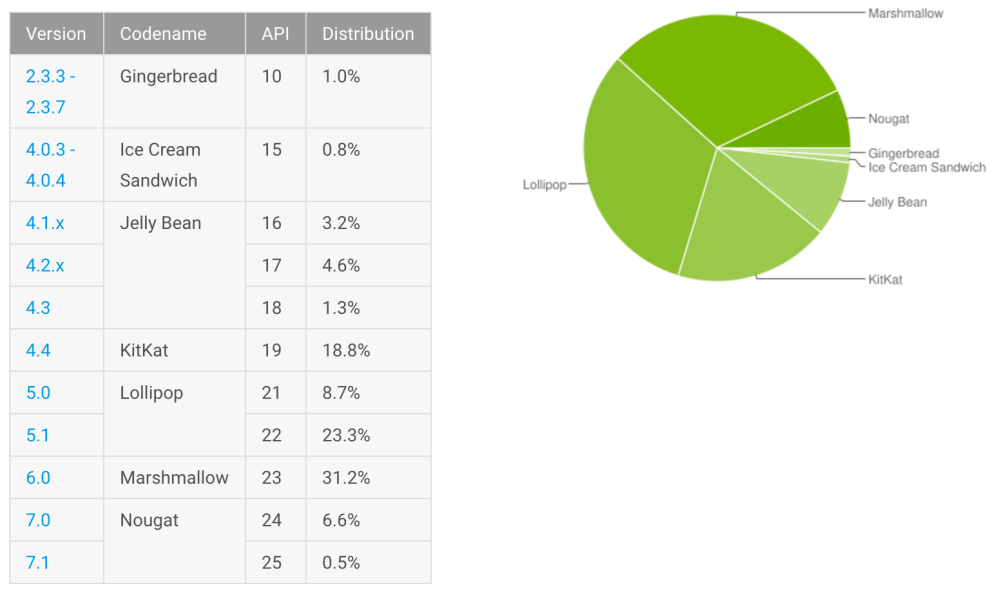