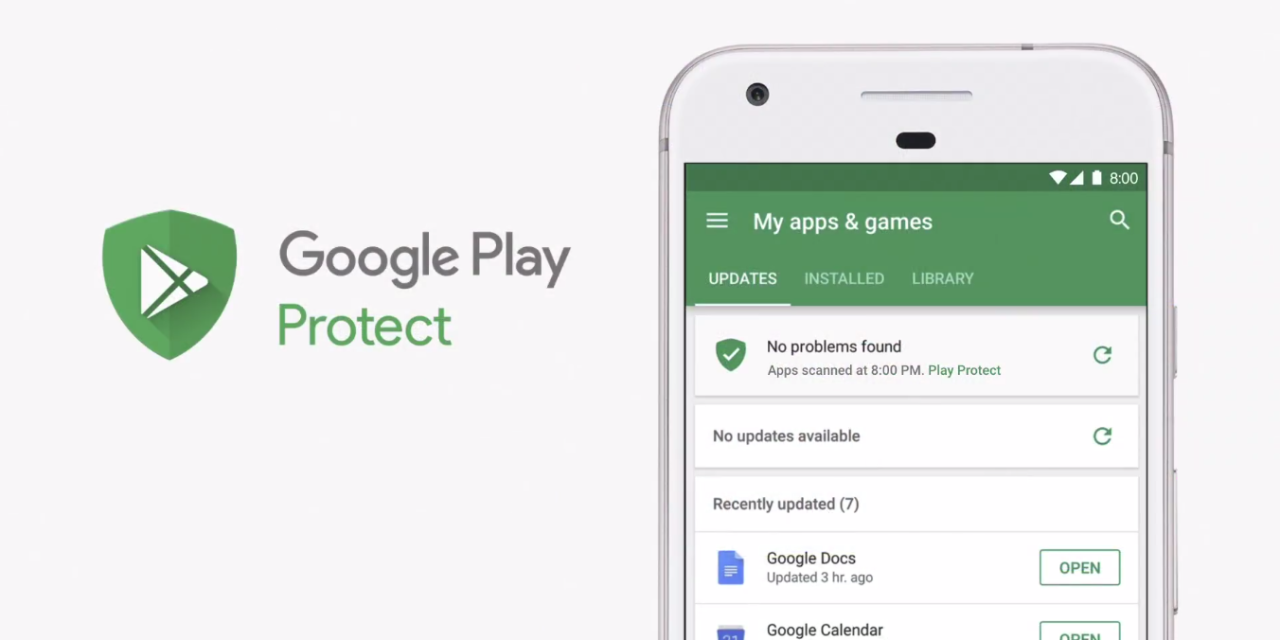 As with every new version of Android, we are getting a bunch of new features such as picture-in-picture mode, notification dots, and much more. But what is shaping up to be one of the best new additions with the forthcoming Android O is the company’s focus on the “vitals”…

The first change that we saw during today’s keynote presentation at Google I/O was the introduction of Google Play Protect. Although Android has had security features running in the background of the OS for years now, with Play Protect, Google wants to bring these protections to the forefront so that users can feel more secure using their devices.

Visually, users will see Google Play Protect in the Play Store. Soon, there will be a section placed above the updated apps section that shows the last time that the device was scanned for anything malicious. Additionally, Google has rebranded the Android Device Manager application as “Find My Device.” While the underlying application hasn’t changed, the new name will help Android users understand why the application is installed on their handsets.

As far as performance increases, Google claims that thanks to extensive changes to the core of Android, phones running O should boot twice as fast and installed applications should also see a speed increase. Battery life is also getting a performance bump thanks to some refinements to background location and app activity.

On the developer side of things, Google has introduced a brand new “release dashboard.” What this is a way for developers to easily keep an eye on how their application is affecting certain metrics. For example, if it is clear that battery life is draining dramatically or if RAM usage jumps, developers can stop the rollout of their application and fix it if needed.