After only a few minutes in Mountain View, California, you quickly realize that it’s a Google town. Every other building seems to be owned by the Alphabet subsidiary, while iconic multi-colored bikes litter the sidewalks. This summer, Google is having an issue with the latter as bicycles are mysteriously being dumped into a local creek.

According to the Mountain View Voice, the Google bikes have repeatedly been found in Stevens Creek over the course of the summer. Just last week, 13 of them were reportedly spotted in the quarter-mile paved concrete river, with some appearing sun-bleached and covered in algae.

An eye-sore, local residents are asking Google to help retrieve the bikes as others have begun to fish the bikes out on their own accord.

In a statement, Google noted that the theft of stolen bicycles has been a bigger issue this summer compared to recent years. The company already has a team responsible for daily retrieval of stolen ones from surrounding neighborhoods.

However, given the crime wave, Google said they were looking into ways to reduce loss through GPS-tracking or adding more employees to the retrieval team.

The 1000 bicycle fleet is technically intended only for Google employees, but many visitors and local residents — judging from comments — frequently use them for personal use. 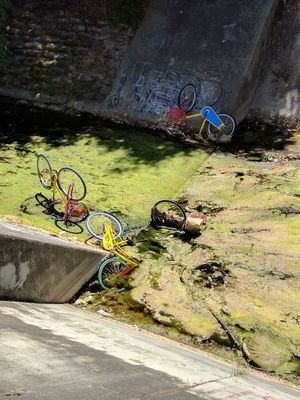 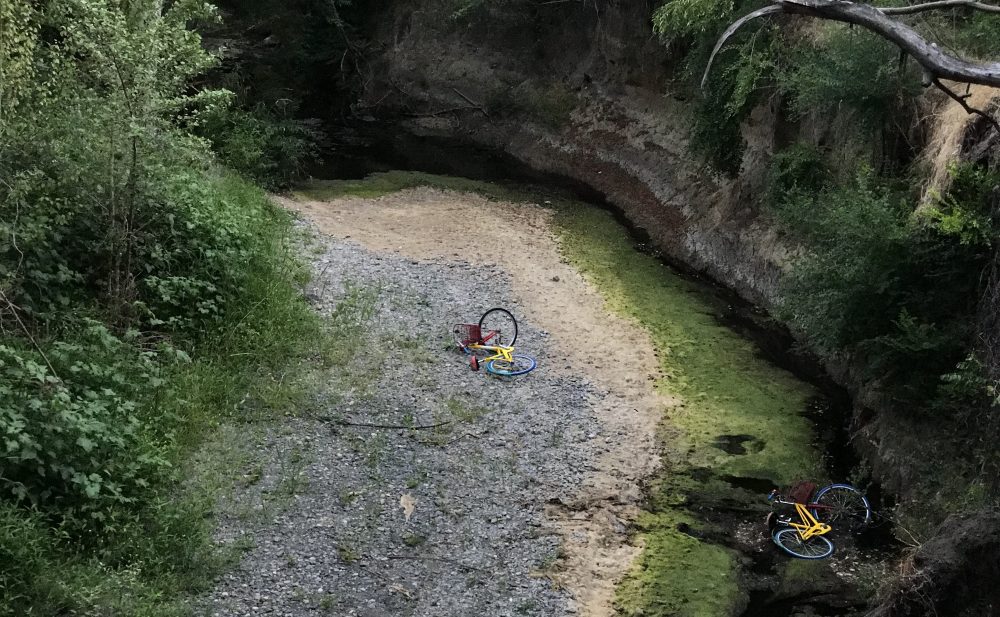