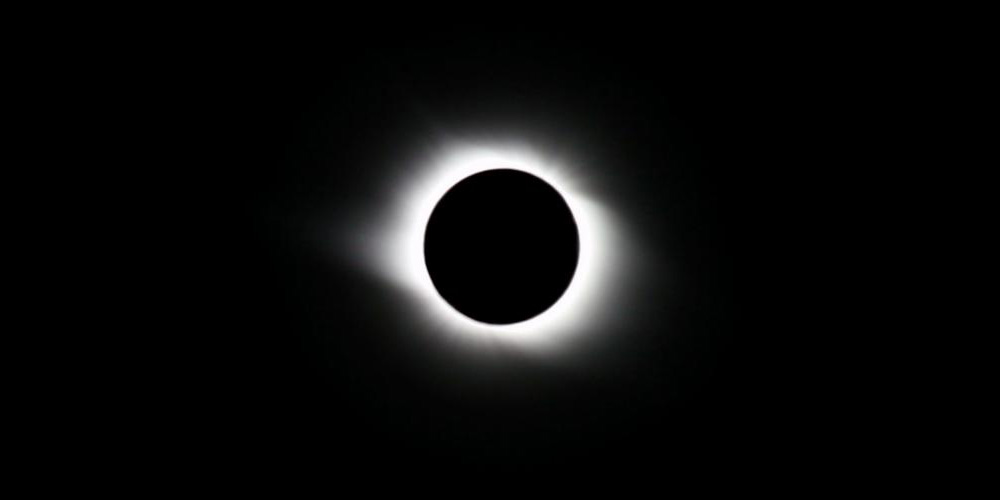 Occasionally a solar eclipse passes through the United States, and next month, a total solar eclipse is heading through a pretty huge portion of the country.

People are obviously trying to get more information in preparation for the event, and visualizing the data from Google searches reveals an unsurprising pattern: the highest concentration of searches follows the path of totality of the eclipse.

The coming total solar eclipse takes place on August 21st and will go across the US with the “path of totality” going from Oregon to South Carolina. The “path of totality” is the line in which people will see an actual, 100% total eclipse. Anywhere else, you’ll see things slightly askew (like myself in Northwestern North Carolina).

As you might expect, people are searching for this event mostly in the areas affected, but the highest concentration and search volume lands right along the path of totality, the highest being in Oregon, Idaho, and Wyoming.

Check out the visualization, courtesy of data visualization and cartography lead at NASA’s Earth Observatory Joshua Stevens, below: 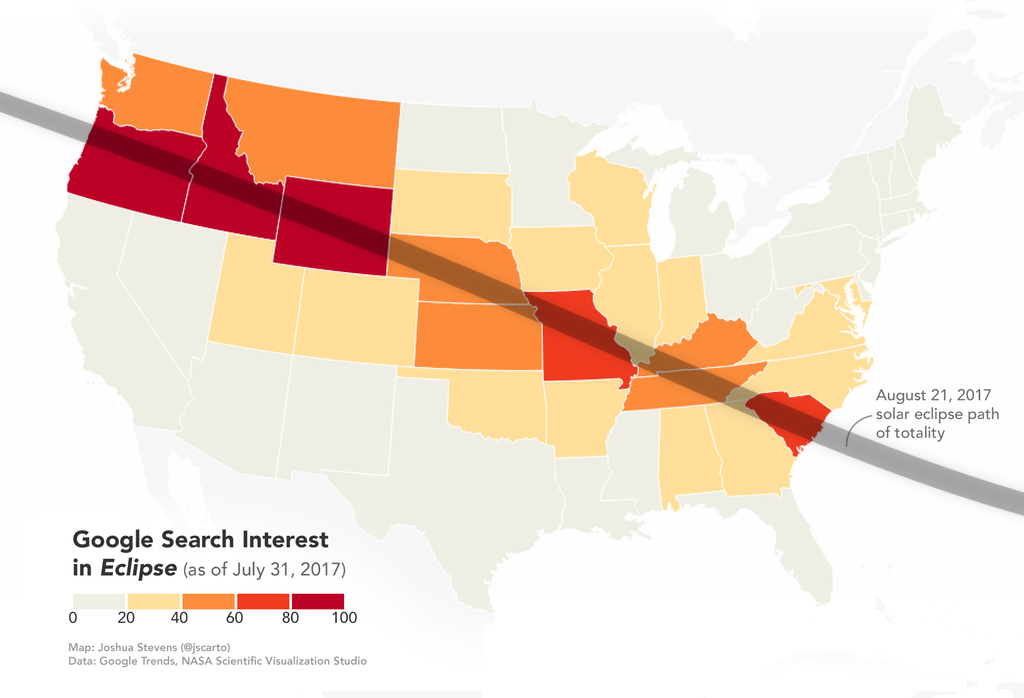