‘Despacito’ is now most watched video on YouTube, averaging 14.5 million views per day After dethroning PSY’s “Gangnam Style” as the most viewed video on YouTube just last month, Wiz Khalifa’s “See You Again” is now being bumped down to number two as Luis Fonsi’s “Despacito” takes the crown and surpasses 2,998,083,9563 views…

Despacito, released less than seven months ago, is one of the fastest growing videos of all time and has been breaking records ever since it went live. Currently, the Despacito is the most viewed video in over 40 different countries.

Breaking the record for most viewed video of all time on YouTube is truly incredible, not only for me but for Latin music and our culture. Working with a platform like YouTube has allowed our song to reach audiences all over the world, something that just a decade ago was nearly impossible.

After breaking this latest record, YouTube released several statistics that show the video’s incredible success all over the world. First, Despacito has been viewed an average of 14.5 million times per day since it was uploaded. Second, the music video broke records being the fastest ever to reach 1.5, 2, and 2.5 billion views. Lastly, Despacito became the most liked video on YouTube just last month. 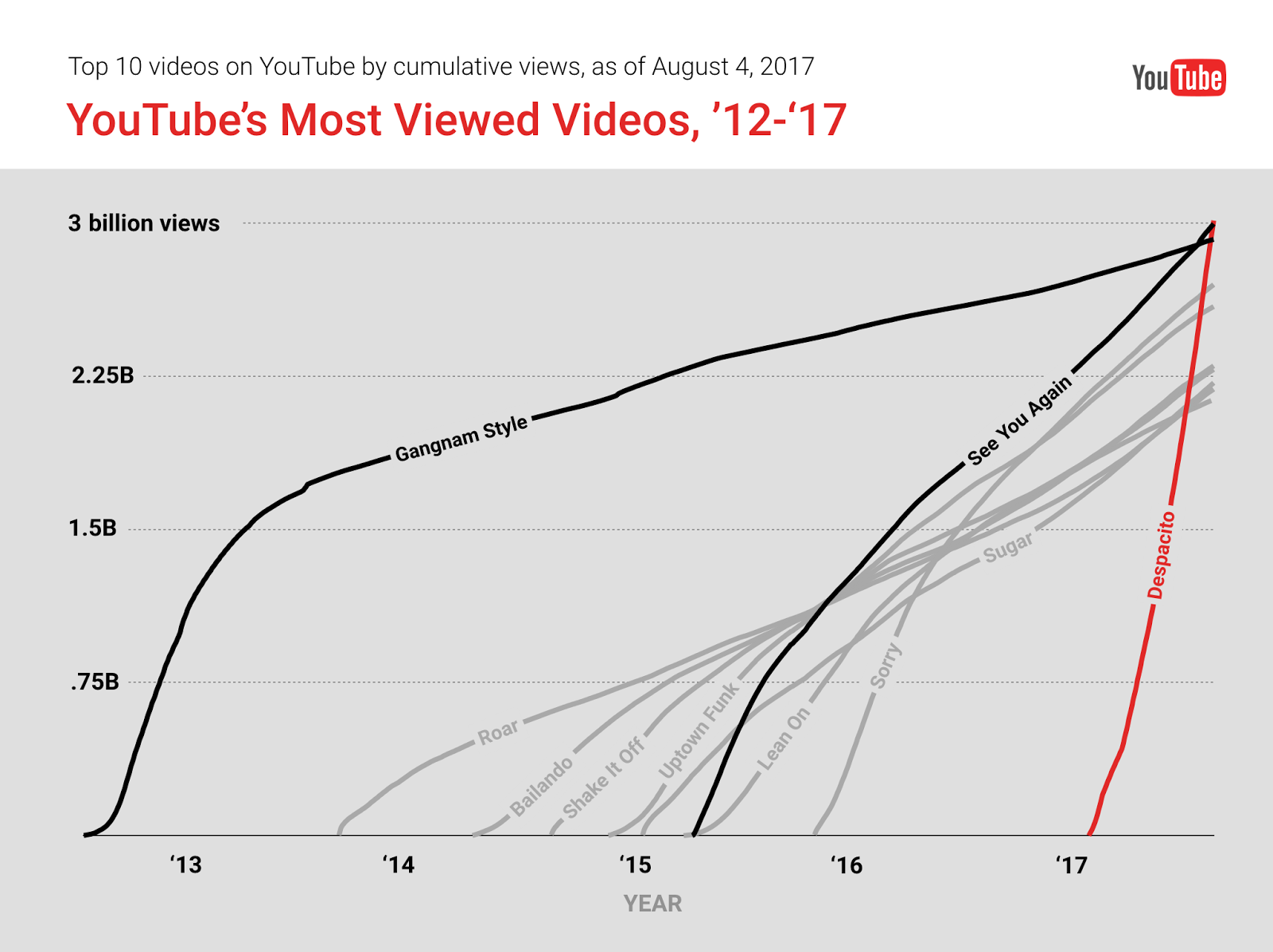