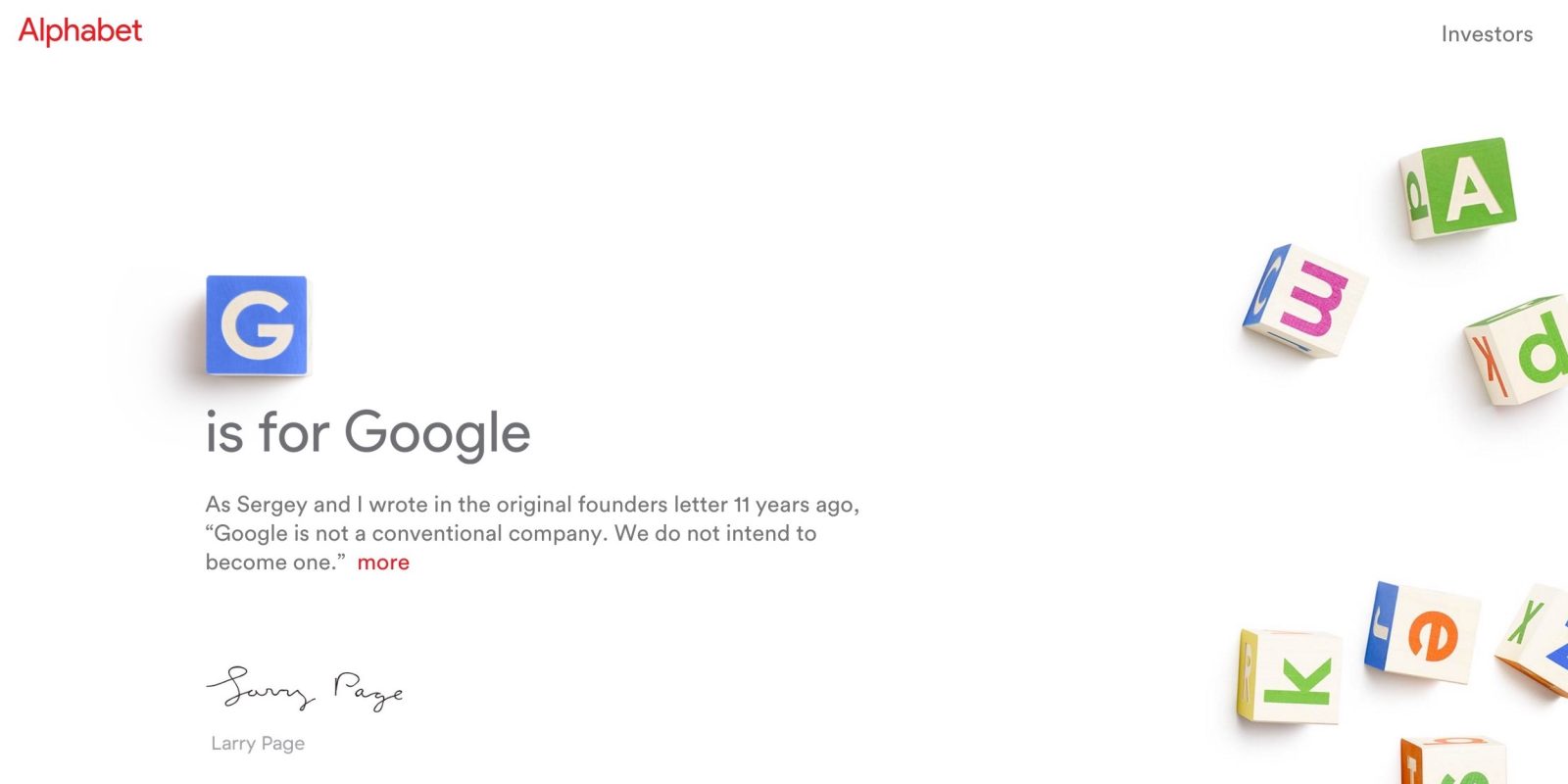 Nearly two years after the reorganization was announced, Waymo, Verily, and the “Other Bets” are now legally Alphabet subsidiaries. Before this, the companies were all technically considered subsidiaries of Google. However, thanks to a new XXVI holding company the structure revealed in 2015 will soon be in effect.

Bloomberg first reported on XXVI Holdings Inc. following a disclosure to the Federal Communications Commission Friday afternoon. The name — which is 26 in Roman numerals — is of course a reference to the number of letters in the alphabet. Per the FCC filing:

As a result of the corporate reorganization, Alphabet and Google will be able to operate in a more efficient, economical, and transparent manner, allowing the companies to concentrate on their revenue generating activities

Everything from car startup Waymo to Verily Life Sciences to the Access division housing Google Fiber will become legal subsidiaries of Alphabet. Before the transfer of equity to XXVI, these bets were technically considered Google subsidiaries.

Google will also transfer its value to XXVI and transition from a corporation to a limited liability company (LLC). This reflects how the search maker is no longer a publicly traded company, but rather a subsidiary owned by a holding company.

For its part, Alphabet calls this process a “legal formality” that will not change operations, management, or shareholder control. A spokesperson also noted that the Google status change will not alter how the company pays taxes, a perpetually hot button political issue.