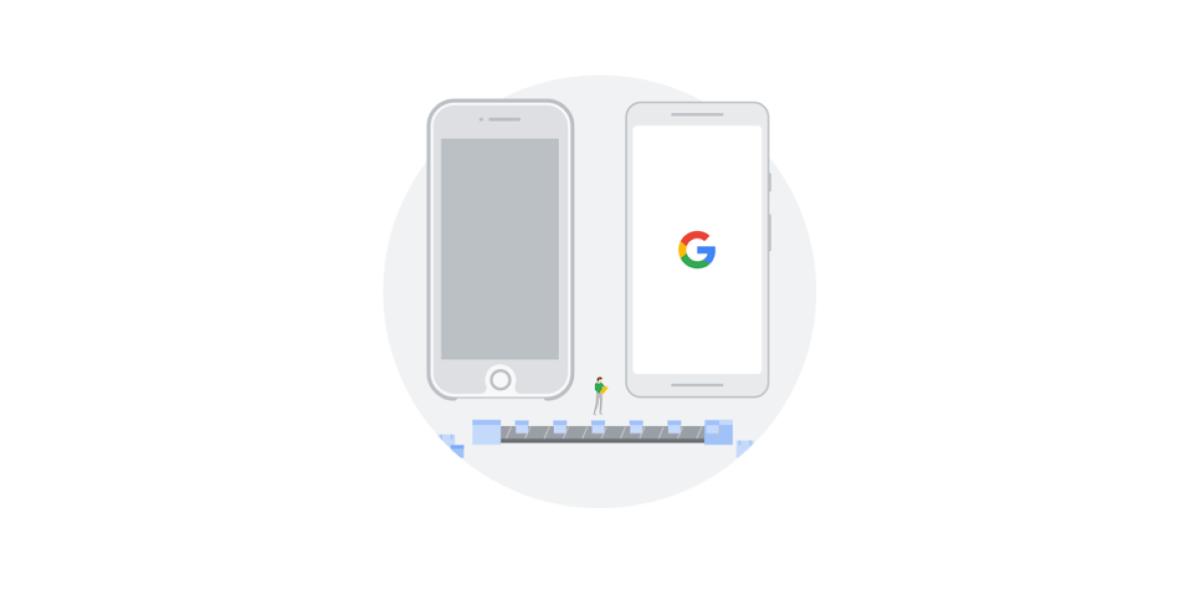 One of the key parts of the Pixel experience last year was helping users switch from iPhones and other Android devices, with Google including a USB adaptor in the box to sync data during the initial set up process. That “Data Transfer Tool” hit the Play Store earlier this morning with a screenshot of a phone that very much looks like the Pixel 2.

The screenshot that went live earlier this morning shows a device that looks quite similar to the Pixel 2 XL leaks. As seen in the first screenshot below, the device on right has dual front-firing speakers, as well as a similar button arrangement to the current Pixel devices on the right-hand side.

The Data Transfer Tool is already installed (version 1.0.164103543) on the current Pixel and Pixel XL, though the listing is not accessible through the Play Store app on-device.

However, heading to the listing via the web brings up the page. The app is listed as incompatible even with Pixel devices, while the description notes not to install this tool as “This system app will be automatically installed on your phone.”

Google was quick to take down those initial screenshots and replace them with a more generic version that cites Nexus devices.