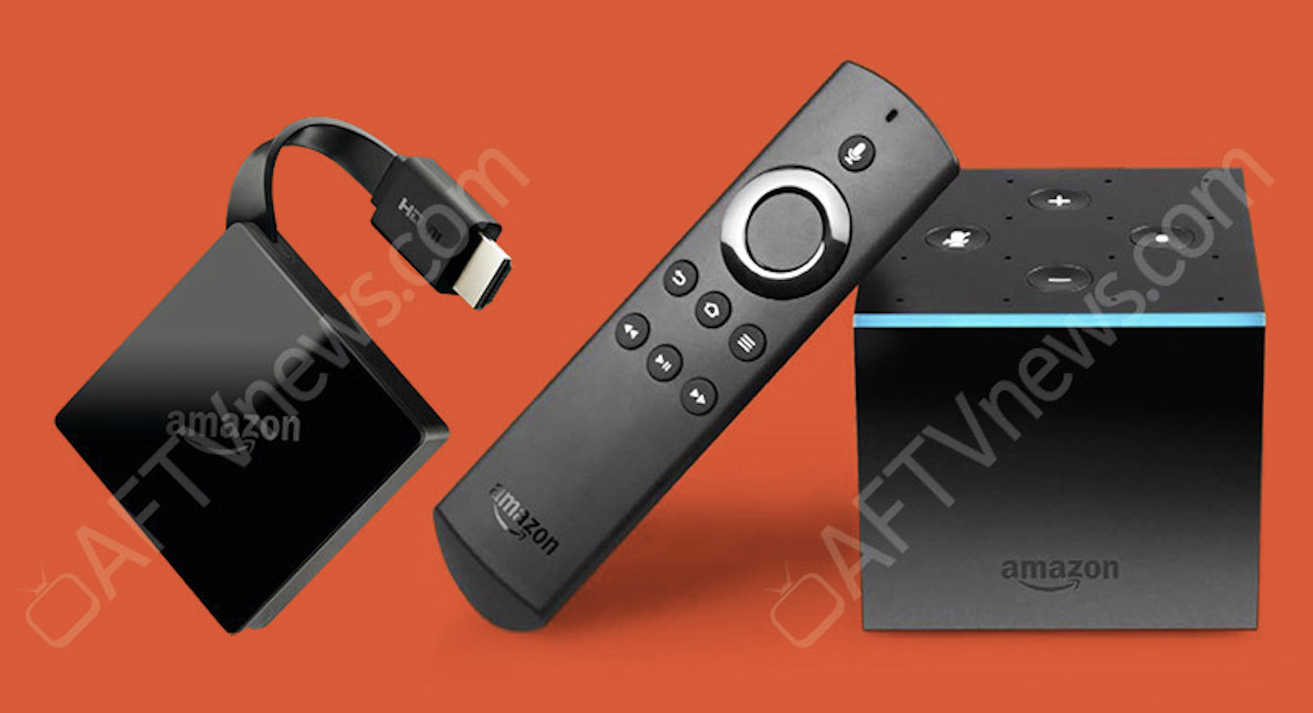 Amazon is reportedly working on two new Fire TV models, and they’ve leaked today in a couple new images (via AFTVNews). Both will reportedly be packing support for 4K HDR video at 60 fps.

The first product Amazon is prepping is a “mid-range” Fire TV, which seems to be pretty much on par with the Chromecast Ultra in terms of both looks and functionality.  It has square body (compared to the circle of the Ultra), and has a similarly-corded HDMI cable that will allow it to dangle from the back of your TV set. As mentioned, it will support 4K HDR video at 60 fps.

AFTV news says this new model won’t be replacing the cheaper Fire TV Stick, and that it packs specs — as were first seen in a benchmark spotted by the same site back in March — slightly better than the current 2nd gen Stick. There will be a 1.5 GHz quad-core CPU, a Mali-450 MP GPU, 2 GB of RAM, and 8GB of storage space.

As you can see, even in its marketing material (at least that which AFTVNews got their hands on), it looks almost identical to the Chromecast Ultra, which shares a form factor with the 2015 Chromecast. 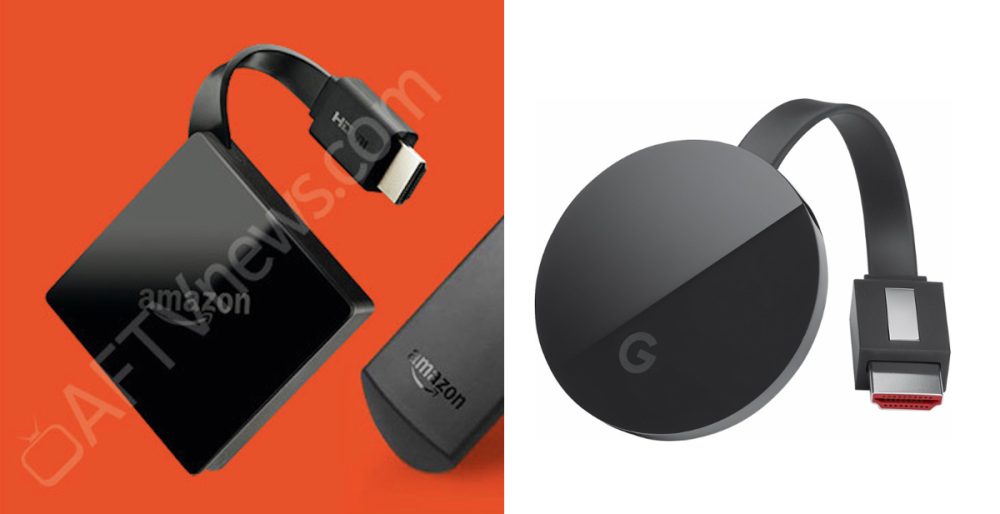 The second device which AFTNews is reporting on today is a higher-end Fire TV model, sporting a form factor that would more accurately be described as a set-top box (and a multi-functional one at that). The tech specs on this model haven’t leaked yet, but the site says the device”combines the functionality of a Fire TV, an Echo Dot, and an IR emitter.”

The box has far-field microphones for chatting with Amazon Alexa, a speaker, a blue LED, and a set of buttons on top that are exactly the same as the Amazon Echo Dot. They let you control the volume (up or down), mute the microphone, and manually trigger the Alexa assistant. The device’s IR emitter will reportedly be able to control pretty much any TV or set-top box you own.

The site says that the new mid-range Fire TV, the one that looks like a Chromecast Ultra, will be announced sometime this month and released next. It should be priced somewhere in the realm of $60 to $80. As for the higher-end model, things are a bit more fuzzy. It’s apparently scheduled to launch sometime this year, but “might be delayed into early next year.”