You can now order from Walmart using Google Home 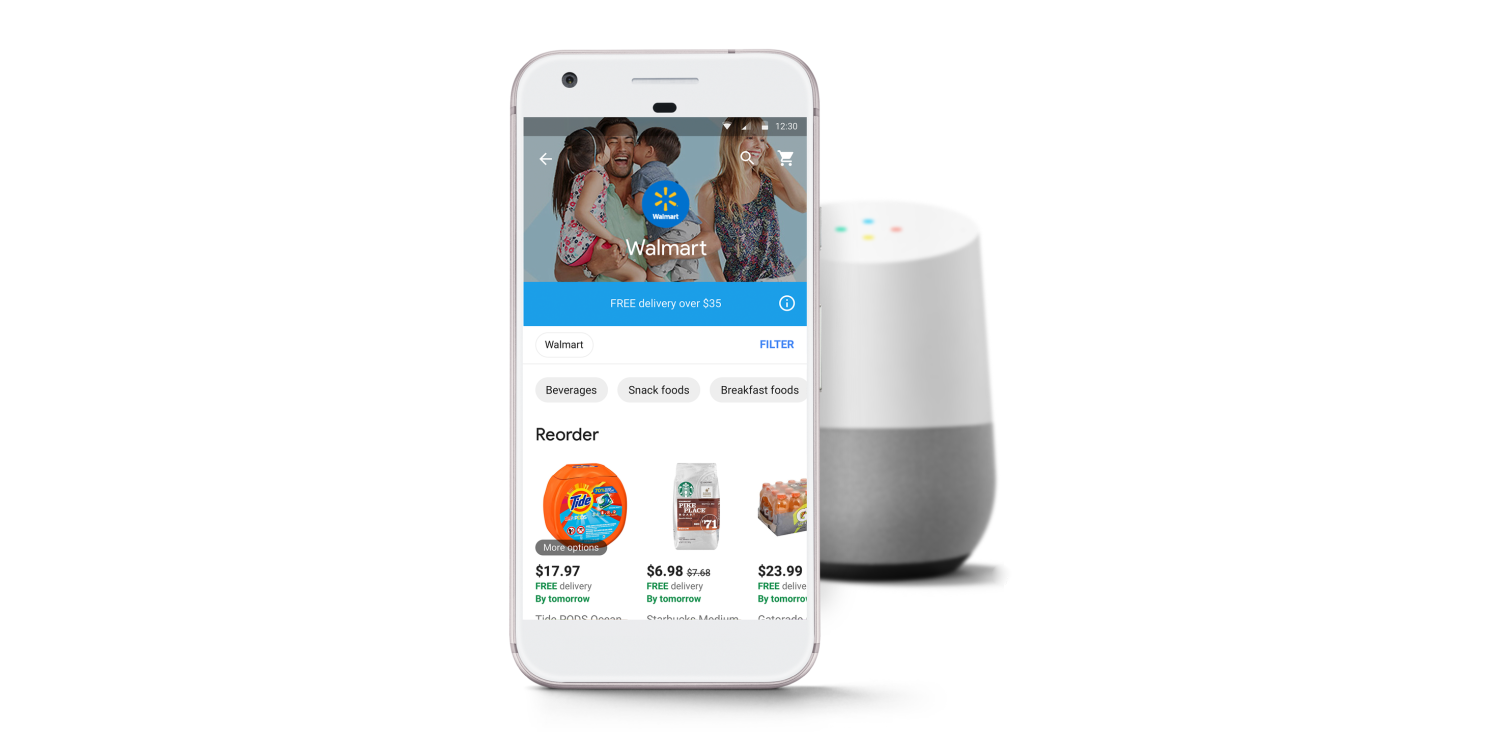 Announced late last month, Google’s recent partnership with retail giant Walmart has finally launched over the weekend, making the company’s massive collection of products available for purchase through Google Express. While many aren’t too familiar with Google Express, this partnership is notable because it allows users to order from Walmart through Google Home units.

To order from Walmart using Google Express and Google Home, users simply need to link their Walmart online account with Google’s services. Users will be prompted to do this the first time they attempt a Walmart order from Express.

Walmart’s massive collection of items ranging from food to toys shows up within the Express app, and it’s all available with a simple voice command through Home as well. You’ll need to authorize Home to make purchases for you, but once that’s completed you’ll be able to both create new orders and reorder previously purchased items.

As you would probably expect, you’ll have to pay shipping on smaller orders, but anything over $35 ships free of charge. In addition to making your orders on Home, you can both make purchases and manage ongoing orders through the Google Express app, available on Android and iOS.