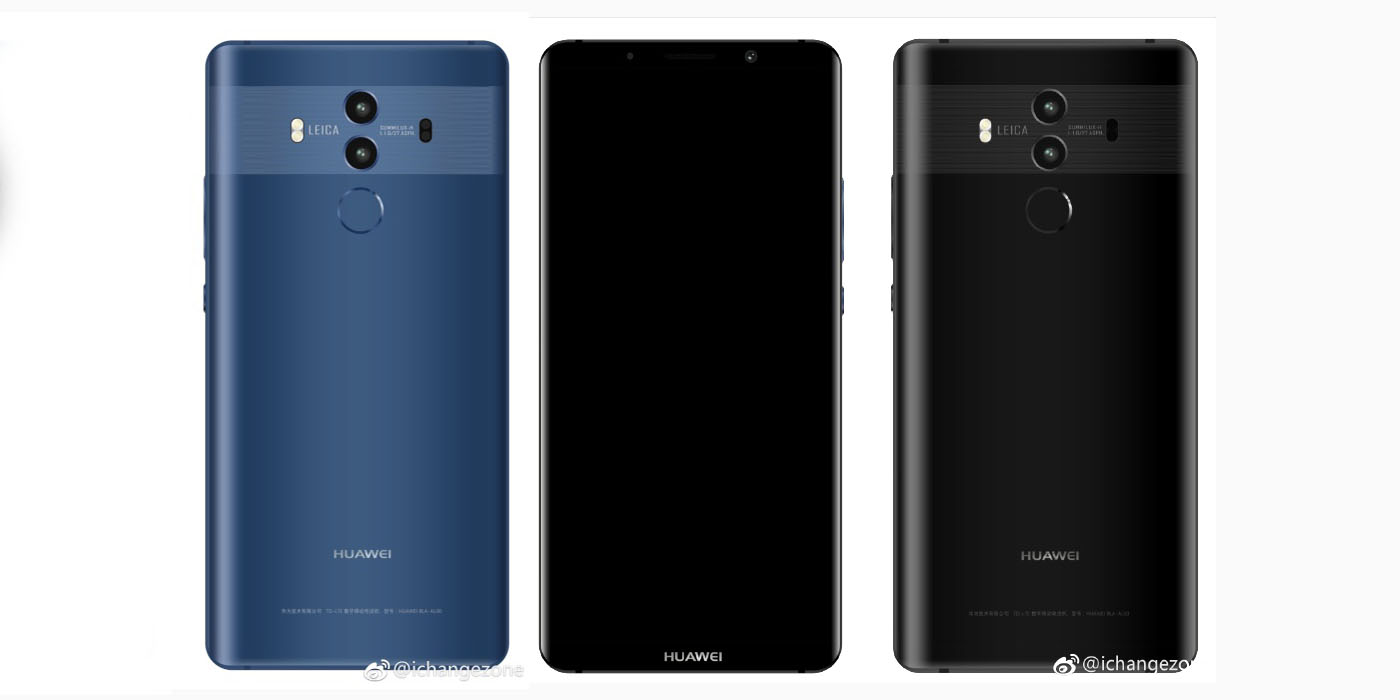 We’re quickly approaching the debut of the Huawei Mate 10 next week and as we move forward, leaks are still coming out. Today two new renders of the Mate 10 have dropped, as well as a leak regarding the device’s specifications.

Two new renders surfaced on Weibo (via PlayfulDroid) show off the Mate 10 Pro in black and blue just a few days after Evan Blass gave us our first look. Just like with that leak, we can see the two-tone design Huawei has going here, as well as the colored bezels that are available up front on the blue model. From this shot, specifically on the blue model, we can see just how slim the bezels are along the sides, and the top isn’t too bad either. It’s also important to note that the glass appears to be slightly curved around the sides.

There’s not much else revealed in these images, though. Just like has been previously reported, there’s a fingerprint sensor dead center on the back, and a dual-camera system with its sensors to the left and right.

Along with these new renders, MyDrivers (via PlayfulDroid) has brought us a new look at the specifications for the standard Mate 10. According to the poster, Huawei will be including the Kirin 970 and a 4,000 mAh battery in its new flagship, as we’ve known, but will also be upping the display size to 6.2-inches with an 18:9 2160×1080 resolution. The brief spec list also confirms the Leica-branded camera system with  20MP and 23MP sensors. 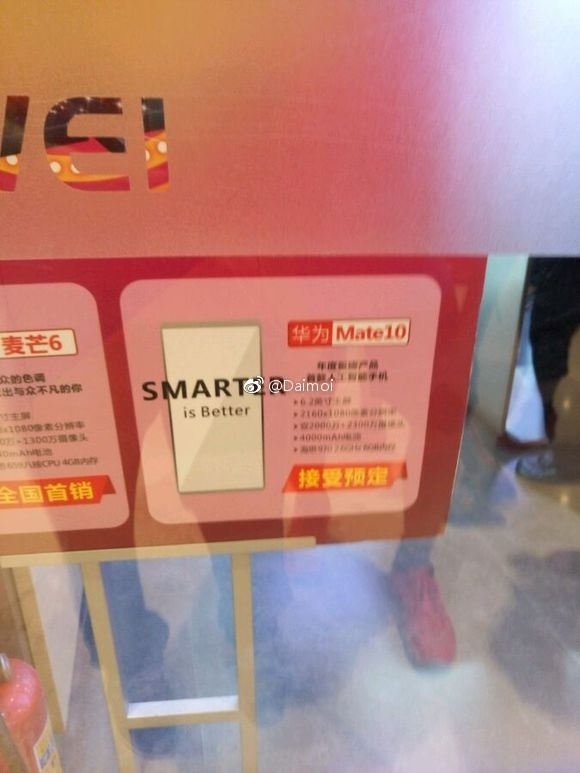 Huawei’s Mate 10 is set to be unveiled at an event on October 16th.