Review: LG V30 is one of the best content creation smartphones ever made [Video] 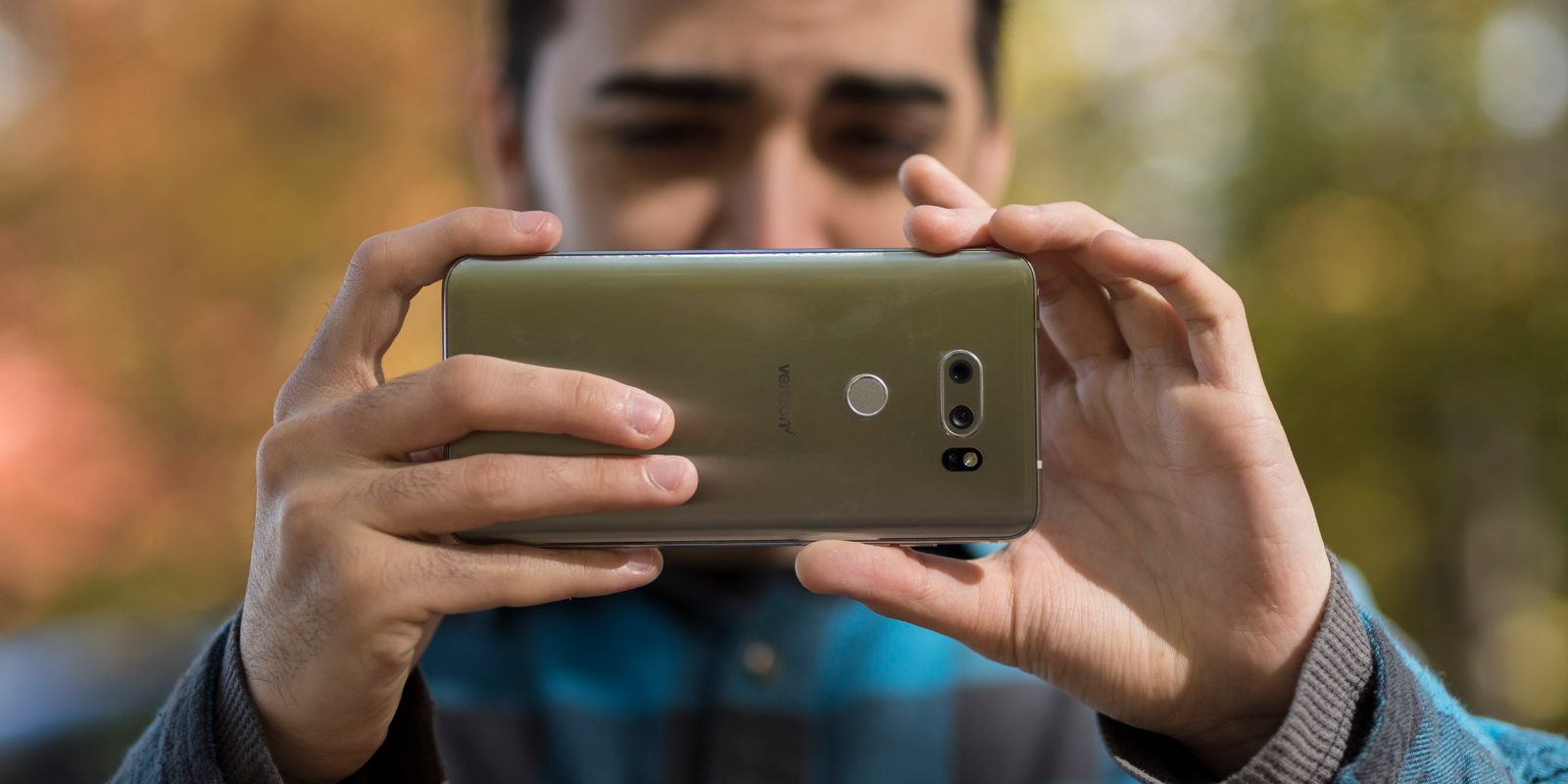 LG has a funny habit of announcing new phones way ahead of their release, then losing excitement from the would-be buyers who get tired of waiting and decide to buy something else. That’s a shame, because LG has really started to offer some phenomenal flagship devices.

That couldn’t be more true of the V30, which we’ve already had for months in the forms of both retail and preview units, but the phone only just launched in the US over the past week, and you know what? The V30 is the best phone LG has ever made, and I’d even say it’s one of the best Android phones of the year — with some caveats, of course.

The V30’s hardware is stunning. Rather than the rugged materials of its predecessors, the V30 opts for a more typical glass and metal sandwich design, both to give a more streamlined aesthetic and to allow for wireless charging. LG says it should still hold up well to the elements despite being made of glass however, thanks to its MIL-STD 810G and IP68 certifications.

The similarly designed LG G6 felt a bit rough around the edges to me, but the V30 rounds off its sides and even features a slight curve along the sides of the front and back glass panels, leading to an extremely comfortable phone. The curves on the glass aren’t as prominent as on Samsung’s recent flagships, but I’m actually glad; far too often on the Note 8, I found myself accidentally touching parts of the screen, especially when holding the phone in landscape orientation.

The V30’s 6″ QHD+ (2880*1440) P-OLED display spans across nearly the entirety of the front glass, with minimal bezels helping to keep the phone manageable in one hand. LG actually made the panel in-house, and it’s the company’s first attempt at OLED since the infamously bad display on the G Flex. That was years ago, so as you might expect, this panel is much better than before … except when it’s not. 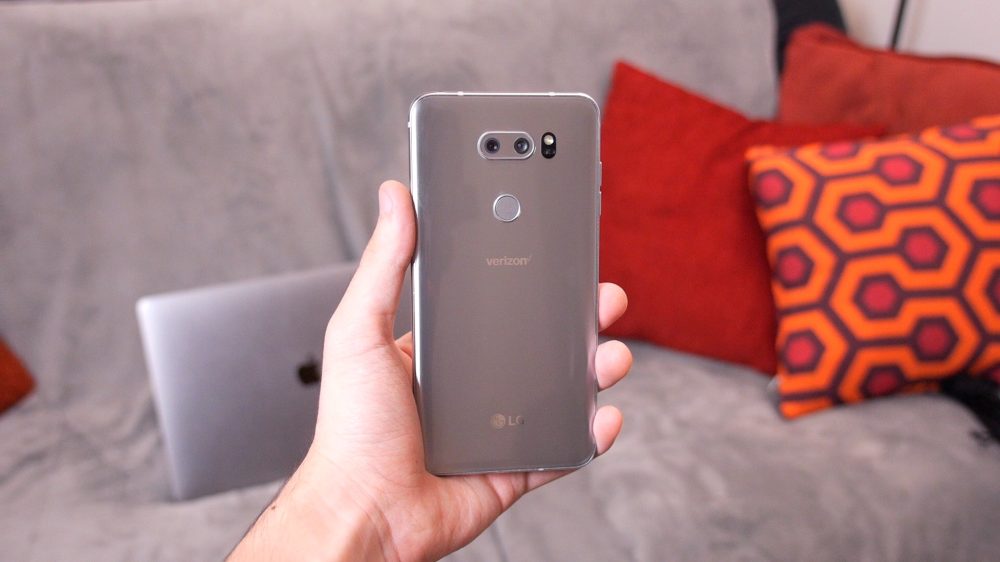 You might’ve seen some of the display-related issues surrounding Google’s new Pixel 2 XL, which uses the same LG-made panel as the V30, meaning that most of the same problems afflict the V30 as well. You’ll probably notice the color shifting more than anything, where tilting the phone even slightly off-axis makes white images look completely blue.

It also has a problem with uneven lighting, where splotchy backlighting can lead to a “pattern” behind plain backgrounds that’s so distinct you’d almost think it was intentional (it wasn’t). It’s annoying, but not so much that I’d return the phone over it.

What does concern me quite a bit about LG’s display is its noted problems with burn-in and image retention. After just a week of regular use, two stuck pixels popped up on my retail unit V30, along with some light retention on the navigation buttons. Again, I wouldn’t return the phone over it — at least not yet, but if this can happen in just a week, imagine what the display might look like in a couple of months, or even years. Thankfully, LG is providing a two-year warranty free of charge with each V30, so should you face serious display issues, it’ll at least be easily replaceable. 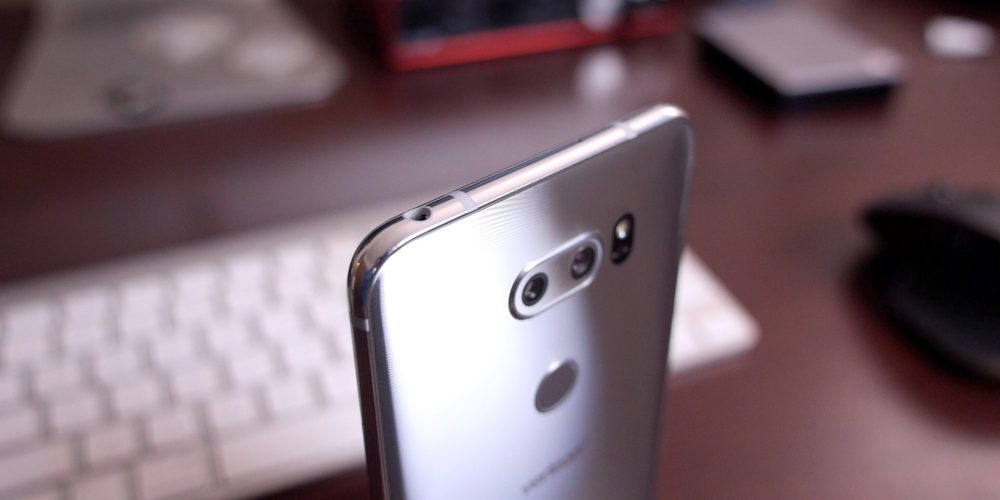 Moving away from the display, the rest of the V30’s specifications are unequivocally high end. It features the same roaring Snapdragon 835 SoC that’s characteristic of any flagship in 2017, along with an Adreno 540 GPU, 64 GB of internal storage, and 4 GB RAM. Of course, it wouldn’t be an LG phone without microSD expandability, and there’s LG’s famous quad DAC on board via the 3.5mm headphone jack, as well.

Just about every manufacturer that eliminates the ubiquitous headphone jack from its flagships cites “a better audio experience with USB-C” as the reason, but if you ask me, LG’s quad DAC is a far better and more accessible way to improve outbound audio without alienating users. You can leave it off if you prefer, but turning it on vastly improves the quality of your audio, and LG even gives you an insane 75 volume adjustment stops for unrivaled control.

In my opinion, the biggest drawback with LG phones, and the reason I’ve never been terribly fond of them, has always been the software. Thankfully, LG has gotten far more reserved with its tweaks to Android over the years, and the V30 is finally able to provide an experience that, while still oddly frustrating at times, should be sufficient for even stock Android purists.

Unfortunately, the V30 ships with Android 7.1.2 Nougat, rather than the latest Oreo, but even still, it provides a modern Android experience. LG’s software is fairly close to stock, save for some visual differences like icons and menu background colors. Though by default the home screen lays all of your apps out in a grid like an iPhone, it’s easy enough to quickly add the app drawer back — or to dump LG’s home screen software entirely and download a third-party launcher.

If you do stick with the stock launcher, know that its way of organizing your app drawer can be frustrating. Even with my apps set to arrange in alphabetical order, any time a new app is downloaded it still ends up at the end of the list, meaning I have to constantly re-enable alphabetical order if I want to be able to find anything. 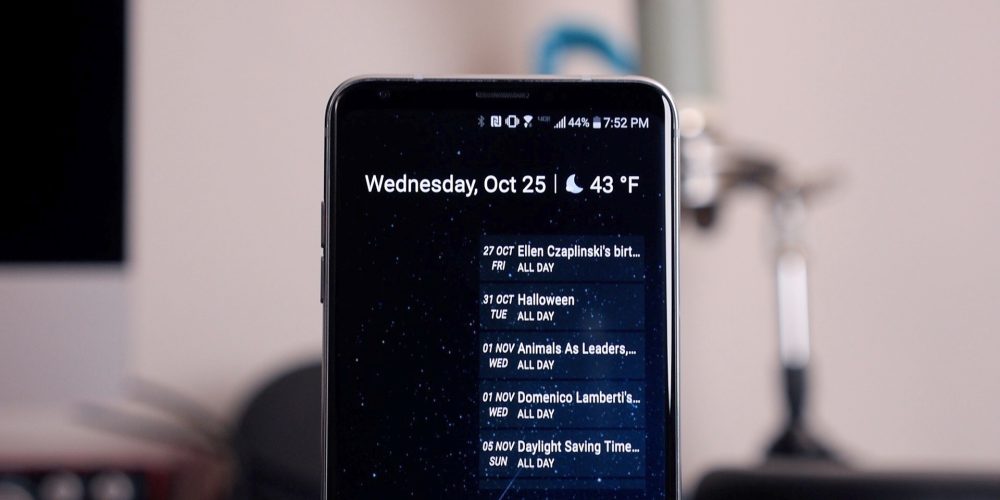 When opening a 16:9 app, LG conveniently places a switch in the navigation bar to quickly scale the app to fit the display’s 18:9 aspect ratio, though it’s worth noting that despite this, there’s no way to make a 16:9 video on YouTube fill the screen. Samsung allows for this by cutting off some of the top and bottom of the video, but it’s likely that LG intentionally left this feature out to avoid cropping.

If you’re familiar with the LG V10 or V20, you probably remember the small secondary display above the main screen, and that’s been replaced on the V30 with a floating icon on the screen. You can customize shortcuts within this icon, or leave the default shortcuts, which are actually pretty useful; you can quickly create animated GIFs out of the contents of your screen, selectively crop certain parts of the screen, control your music, access your calendar and contacts… It’s a surprisingly handy tool that I’ve decided against turning off.

One thing I really wish LG would’ve included is the downward swiping gesture on phones with rear-mounted fingerprint sensors to pull down the notification shade. I used this gesture every single day on phones like the Galaxy Note 8 and Pixel 2, and though the V30 is already quite manageable despite its 6″ display, this feature would’ve drastically improved one-handed usability.

LG made a big fuss about the V30’s camera experience, showing off incredibly flexible manual video controls in addition to the manual photo capabilities typical of the V series. Both of the V30’s rear cameras feature OIS, laser and phase detection autofocus, and a speedy f/1.6 aperture. The 13 MP wide angle secondary lens has been improved from last year, this time less susceptible to undesirable warping around the edges.

As far as quality goes, the 16 MP primary camera still tends to eek out better-looking shots in general than the secondary lens, but of course the wider angle allows for some creative and sometimes breathtaking shots, particularly with landscape nature photos.

What really knocks the cameras down for me is LG’s image processing, which has a tendency to aggressively over-sharpen and reduce grain, making for an unnatural look. Still, this is more personal preference than anything, and even if you come to the same conclusion about the image processing, you may not care once you fire up the wide angle. Sadly though, this is one of my least favorite phones for taking selfies. The 5 MP f/1.9 sensor up front is sluggish, fuzzy, and just unimpressive.

When it comes to video, the V30 may be the most capable phone on the market. You’re able to shoot 4K30p video directly in Auto mode, but if you’re feeling adventurous you can step into Manual Video mode and gain control over settings like ISO, white balance, color temperature, and focus.

You can even shoot in LG’s new CineLog mode, which records in a flat color profile for more flexible color grading in post, similar to a DSLR or mirrorless camera. Taking it even further, you can even apply one of the built-in LUTs to add a different mood to the shot.

Endurance was a high point for the V30 during my testing. Even through days with heavy usage, I never saw the V30 give me less than four hours of screen-on time, including my first day, where I downloaded and signed into nearly a hundred apps, played a few games, drove for an hour with Google Maps navigation and Spotify streaming over Bluetooth, and perused through social networks.

On lighter days, I managed anywhere from four to six hours, and sometimes slightly beyond. When you do manage to run the V30 down, it has both wireless charging and Qualcomm QuickCharge 3.0 to quickly and easily top it off.

To be honest, I really like the V30. It’s comfortable to use, it’s gorgeous, it’s blazing fast, and the software is light enough to satisfy my affinity for stock Android. Especially after using the Note 8 for a few months, I’m absolutely smitten with the center placement of the rear fingerprint sensor/power button, and everything from the quad DAC to the manual video controls make the V30 an invaluable tool for both creators and consumers of content.

It’s without a doubt the best phone LG has ever made, and it’s one of the best phones on the market today. I still don’t love the cameras or the display, but it’s hard to argue with the rest of the phone — and if LG can improve upon those two aspects, the V40 will be a very strong contender in 2018.