Despite launching in August, Android 8.0 only made its debut with last month’s distribution numbers. For November, Oreo saw a minimal increase, while Nougat rose and older versions declined.

Almost six weeks after debuting on the distribution numbers, Google’s latest operating system only rose a tenth of a percentage point. At .3%, Android Oreo is available on new devices like the Pixel 2 and Pixel 2 XL, as well as Sony’s latest Xperia XZ1 line.

Older Pixel and Nexus devices have been updated while other OEMs are in the very early stages of testing betas and previews. This includes Samsung and Huawei for their latest flagships. Meanwhile, devices from HTC and Huawei launching with Oreo have been announced in recent weeks.

Marshmallow fell 1.1 percentage points to 30.9%, but is still the most used version of Android and will likely remain so for another few months. Lollipop 5.0 and 5.1 merge for to 27.2%. KitKat is at 13.8% and Jelly Bean fell to 6.2%. Meanwhile, Ice Cream Sandwich and Gingerbread both declined to .5%

These numbers are compiled from Android devices that accessed the Play Store during a seven-day period ending on November 9th. 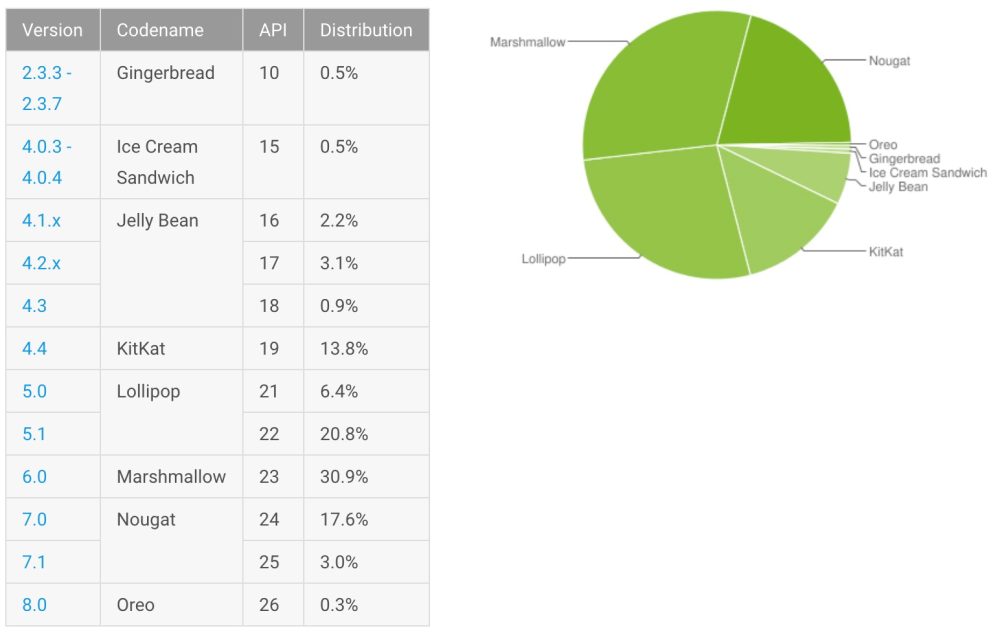