A month and a half after Android 8.0 first rolled out, Oreo is now running on .2% of devices according to the October distribution numbers. Meanwhile, Nougat continues to rise while other version either fell or remained static.

Oreo was absent from September’s numbers, but finally enters the tally at .2% this month. For the moment, only devices from Google and Sony are running the absolute latest version of Android. The Sony Xperia XZ1 has already launched, while the XZ1 Compact is launching in the next few days.

Meanwhile, Marshmallow fell .2 percentage point to 32.0%, but is still the most used version of Android and will likely remain so until next year. Lollipop 5.0 and 5.1 combine to 27.7%. KitKat is at 14.5% and Jelly Bean fell to 6.6%. Meanwhile, Ice Cream Sandwich and Gingerbread both remain at .6%.

These numbers are compiled from Android devices that accessed the Play Store during a seven-day period ending on October 2nd. 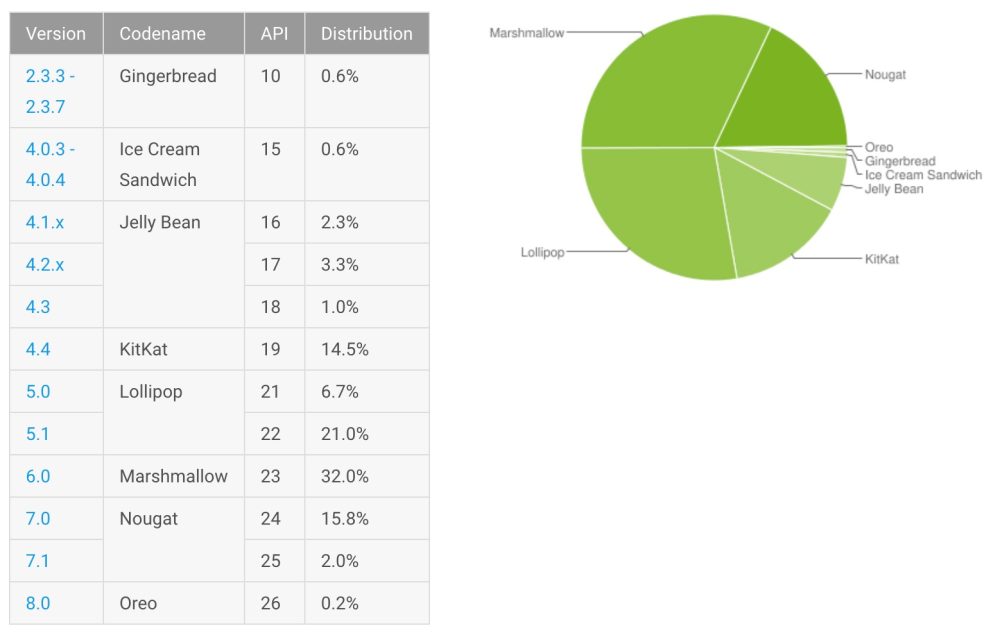