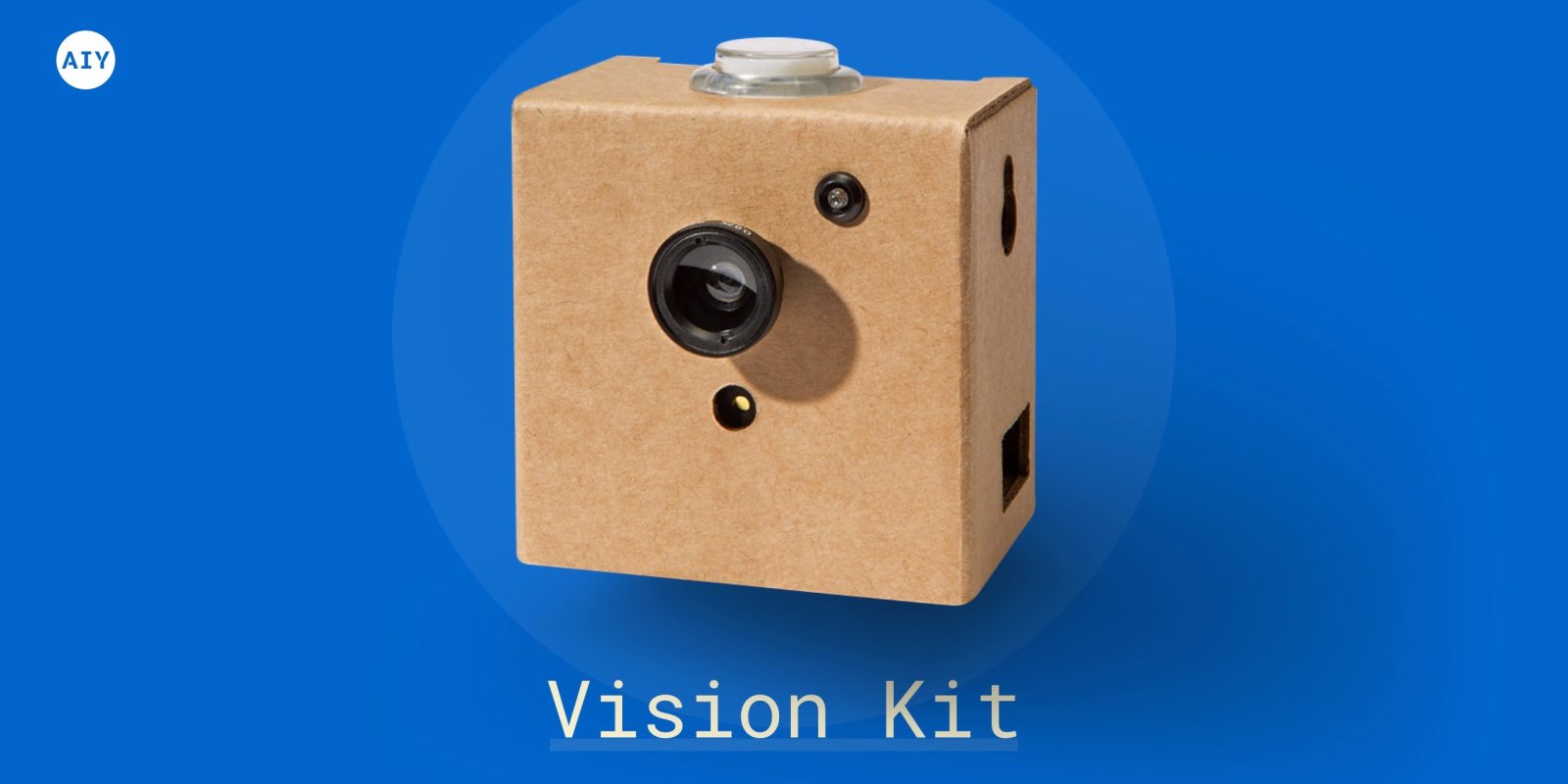 Back in May, Google announced AIY Projects — do-it-yourself hardware kits for experimenting with artificial intelligence. Today, Google followed up the first Voice Kit with a new Vision Kit for image recognition and TensorFlow development.

These AIY Kits are crude speakers — and now cameras — housed in simple cardboard boxes. Builders also need to supply their own Raspberry Pi Zero W and a Raspberry Pi Camera 2 for this latest project.

Otherwise, the kit includes everything needed from lenses, wires, and a VisionBonnet board with an Intel Movidius MA2450 that connects to the Raspberry Pi. That visual processor unit is capable of running on-device neural network models.

Construction is estimated at an hour, with users then needing to install the Vision Kit image on an SD card. This features three TensorFlow-based neural networks:

One based on MobileNets can recognize a thousand common objects, a second can recognize faces and their expressions and the third is a person, cat and dog detector.

Meanwhile, users can also train their own models with TensorFlow thanks to an included tool, while a Python API allows for control over RGB colored lights and sound.

The AIY Vision Kit will be available in early December for $44.99, with Micro Center accepting pre-orders today. The AIY Voice Kit is still also available for $24.99.