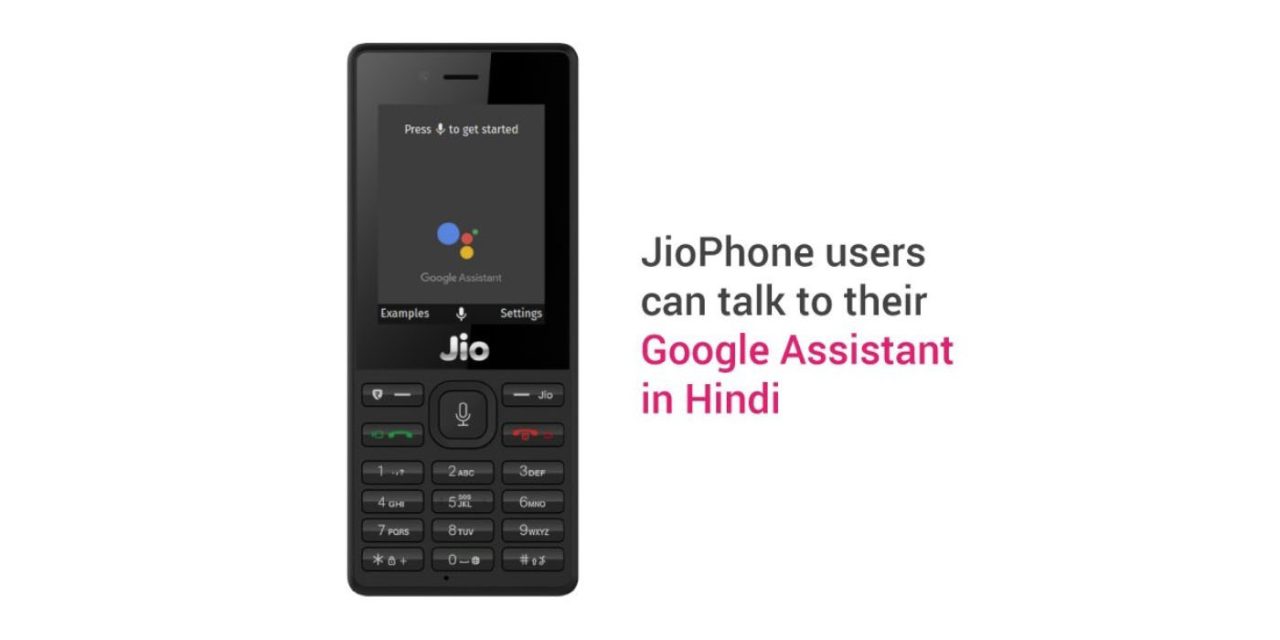 Google Assistant is available for basically every smartphone on the market, but today Google is expanding the platform to another new form factor — a feature phone.

While a feature phone with all of its buttons may seem ripped out of the past for you, they’re still often used in some emerging markets, including India. Now, the Reliance JioPhone, released earlier this year, is about to pick up Google Assistant (via Indian Express).

This 4G-enabled feature phone will come with Assistant installed out of the box with all of its typical capabilities and integrations, although with a limited interface which is better suited to fit the 2.4-inch display. Users can talk to type to Assistant just like they can on Android or iOS. Google has also confirmed that it will support playing music, and sending texts and making calls with simple voice commands.

It’s unclear when the rollout for Assistant on the Jiophone will begin, but we do know that both the English and Hindi languages will be supported.