This app claims to bring iMessage support to Android, but don’t expect it to last 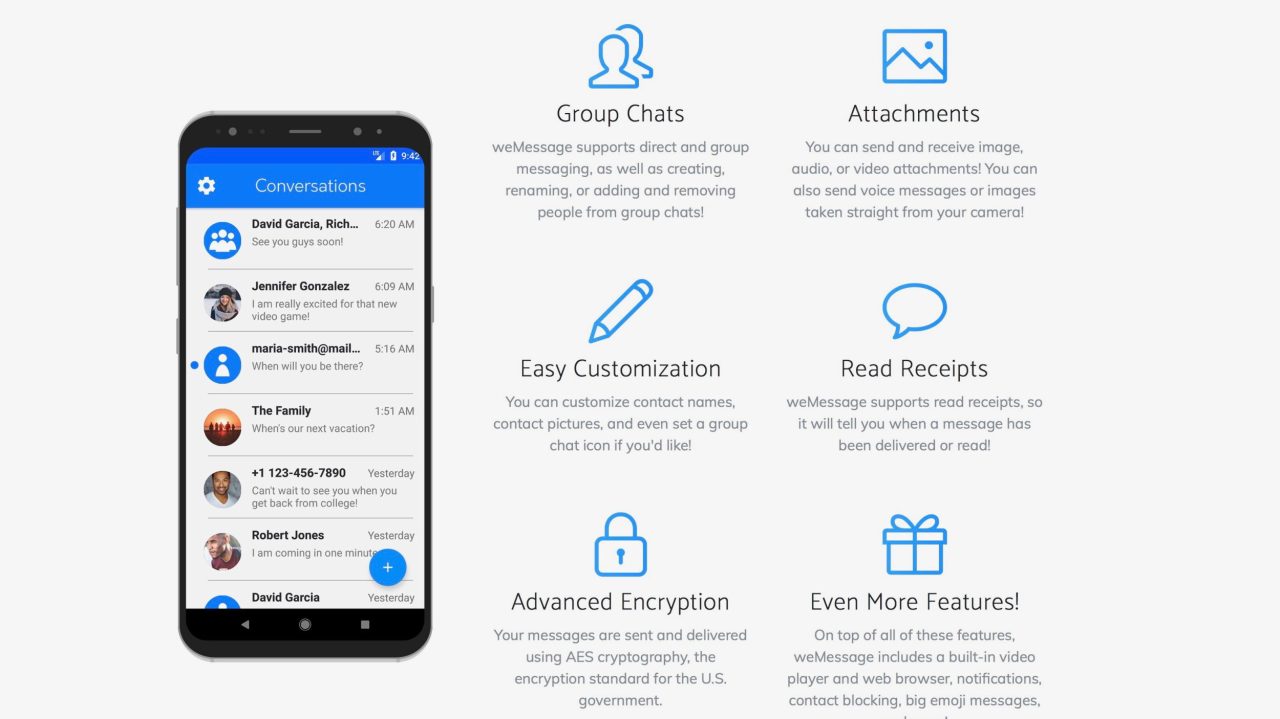 weMessage is a new app for Android that claims to bring iMessage to non-Apple devices by using your Mac as a sort of middle-man between the iPhone and the Android phone. Essentially, the weServer companion app for macOS is what processes and relays the initial iMessage to the Android device and vice versa.

The developer of weMessage explains that he tapped into several Accessibility features on macOS in order to get his app up and running:

weMessage works by using Apple’s developer tools that hook into the Messages app, as well as by turning on Accessibility features that will perform the message sending. There was zero reverse engineering involved in the creation of this app, so all messages being sent are legitimate.

The developer believes that this app is “fair” because it still requires use of a Mac and thus doesn’t abandon the whole Apple ecosystem. This seems to be his reasoning for thinking he won’t get in trouble with Apple here.

In addition, I believe this implementation is fair, as you still need to have an Apple device to use iMessage, but it is merely being extended to all devices

There are a few privacy concerns here. For one, you should be wary anytime you’re sending messages through a third-party service. weMessage says it uses AES cryptography, but we still would recommend proceeding with caution. Furthermore, all messages are briefly uploaded to Google’s Firebase platform in order to enable notifications on Android.

In weMessage, there’s also support for group chats, Do Not Disturb, attachments, and more.

This approach is similar to an open-source project last year that claimed to bring iMessage support to Android using a Mac as the middle man. Prior to WWDC last year, it was reported that Apple would officially launch iMessage for Android, but that ultimately never came to fruition with Apple explaining that doing so would take a way a major selling point from iOS.

As has been the case with previous services that claim to add iMessages support to Android, you shouldn’t expect this one to last for long. Apple generally does a good job of cracking down on these sorts of applications. If you want to try it out, though, you can head to the weMessage website for all of the information.