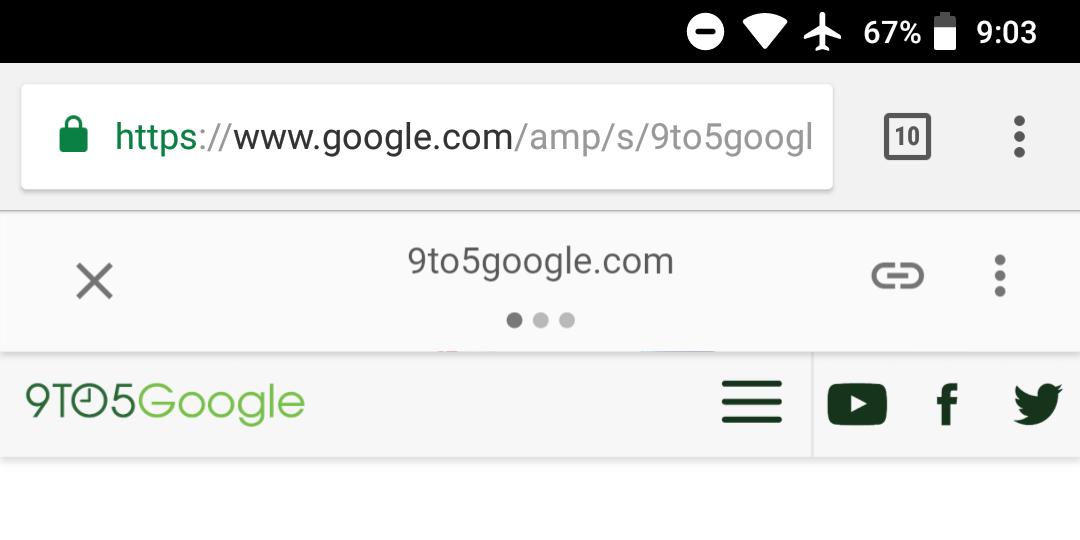 Accelerated Mobile Pages are fast and extremely convenient primarily due to the wide adoption by publishers. However, one common complaint involving URL schemes has existed since its origin, and Google is finally tackling it.

Most AMP page URLs begin with google.com/amp due to privacy concerns and in order to deliver the vaunted speeds:

As we detailed in a deep-dive blog post last year,  privacy reasons make it basically impossible to load the page from the publisher’s server. Publishers shouldn’t know what people are interested in until they actively go to their pages.

Instead, pages are loaded from the Google AMP Cache that append the google.com/amp/ URL prefix to the address.

This prefix has been criticized for a number or reasons, including in relation to Google’s fake news problem. Viewers have a tendency to trust less than reputable sites that use AMP as the presence of Google in the URL provides a level of trust that is not necessarily earned.

As this is the “#1 piece of feedback” heard by the development team, Google began showing publisher URLs when users click on AMP articles through the Google app for Android or iOS. However, the primary issue remains people seeing the prefix in the address bar on the web.

After a “multi-month effort,” Google has found a solution that involves redesigning the AMP Cache based on a new Web Packaging standard.

Based on this web standard AMP navigations from Google Search can take advantage of privacy-preserving preloading and the performance of Google’s servers, while URLs remain as the publisher intended and the primary security context of the web, the origin, remains intact.

Early prototypes involving Chrome and an experimental version of Google Search show the right balance of “desired UX and performance in real use cases.”

For this solution to work, browsers need to support the Web Packaging standard with work in Chrome underway. Google is confident that other browsers will adopt the standard, with the redesigned AMP Cache to rollout to the first users in the second half of 2018.