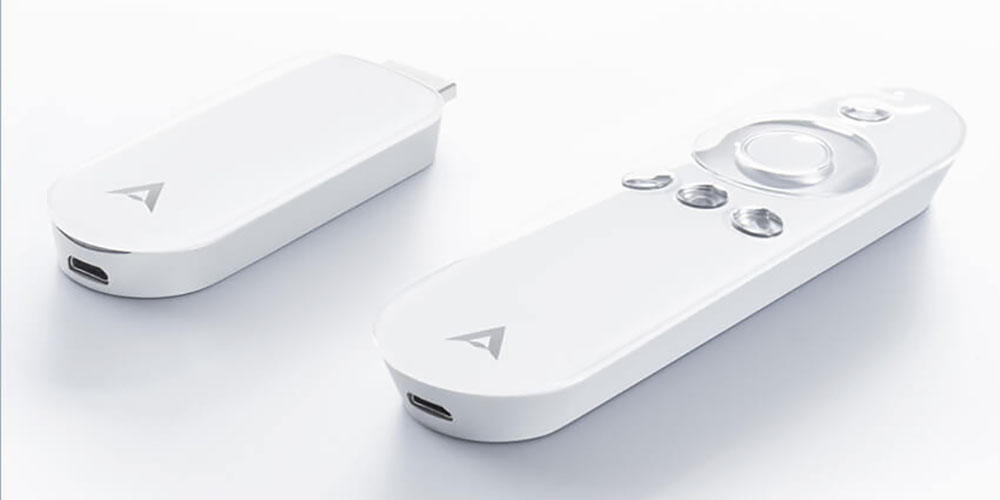 Android TV has exploded, basically out of nowhere, in popularity this year. We saw it all over the place at CES 2018, and that expansion is continuing as well. Recently, a Japanese manufacturer has released a new HDMI stick running Google’s OS.

The CCC Air Stick TV is a compact HDMI stick form factor which runs on top of Android TV. The well-equipped device can push 4K HDR10 content and aptX/HD, a first for Android TV. That can be used for high-quality audio playback with Bluetooth headphones or a wireless soundbar.

Powering all of that is Android Nougat (with an Oreo upgrade incoming), 2GB of RAM, and 16GB of storage. The processor is currently unspecified (via Android Police).

In the US, we haven’t seen any Android TV devices in this form factor, as other devices packing Google’s big screen OS have been set-top boxes or actual TVs.

Like the Chromecast Ultra, the Air Stick TV simply plugs into your TV’s HDMI port and is powered by a simple microUSB (ugh) cable. The included power adapter also has an Ethernet jack for hardwired internet, and a USB port for charging the included remote.

It’s a shame the Airstick TV isn’t available in the United States, but you can import it if you’d like. Pricing in Japan lands at ¥10,584 (about $95 USD).