Several reports have emerged this evening of Google offering owners of past Nexus devices a rather notable discount on the Pixel 2 or Pixel 2 XL. This offer is being disseminated via email though the exact criteria is not clear.

The Google Store is sending out these emails with a “20% off Pixel 2, just for you” subject line. This offer applies to any Pixel 2 or 2 XL color or storage variant, with post-discount prices as follows:

Google explicitly calls this offer a “thanks for being a loyal Nexus owner.” However, it’s unclear what the exact criteria to receive this discount is.

Presumably, the Nexus device had to be purchased via the Google Store (or Play Store) versus just having a Google-branded device associated with your account. Even then, there are reports of those receiving the offer after only owning two Nexus devices, while others with a more complete ownership history are not as fortunate. 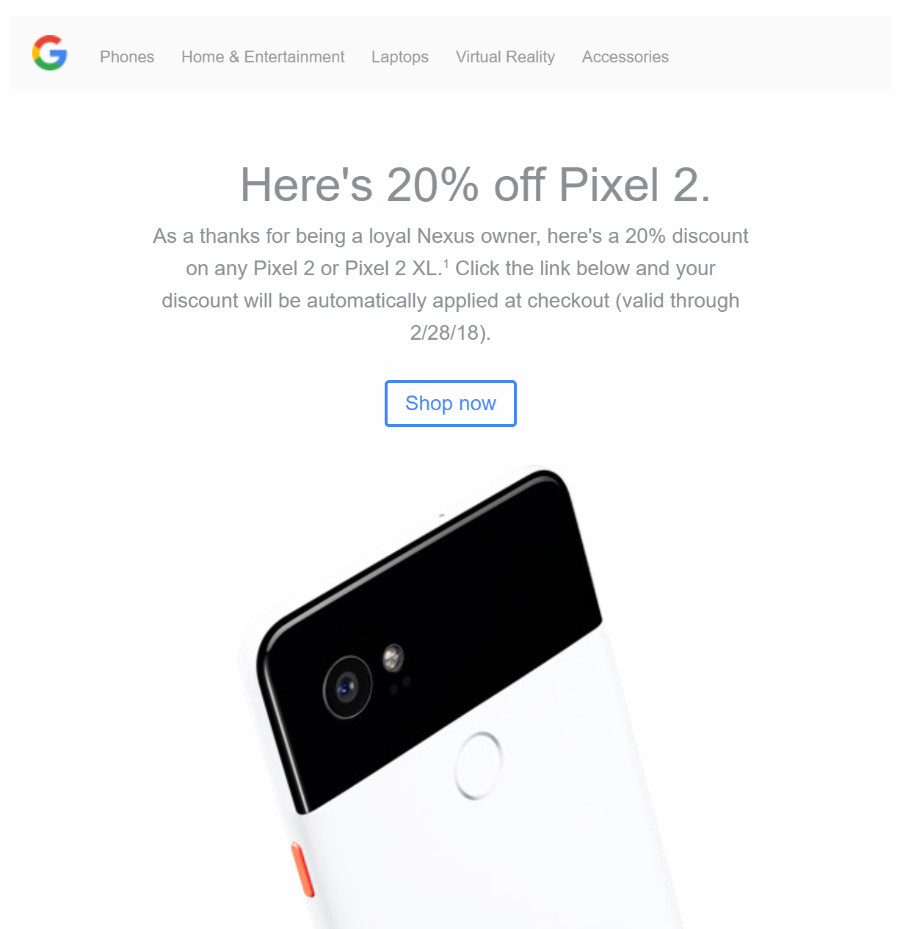 The email comes as market research earlier this week suggested that around 3.9 million Pixel devices were sold in 2017. While a jump from the year prior, it pales when compared to more established players in the smartphone industry.

This discount could be a means to increase sales, with the offer applied to your account upon clicking a link in the email. It is redeemable until February 28th.