YouTube testing picture-in-picture on the web for simultaneous watching, browsing 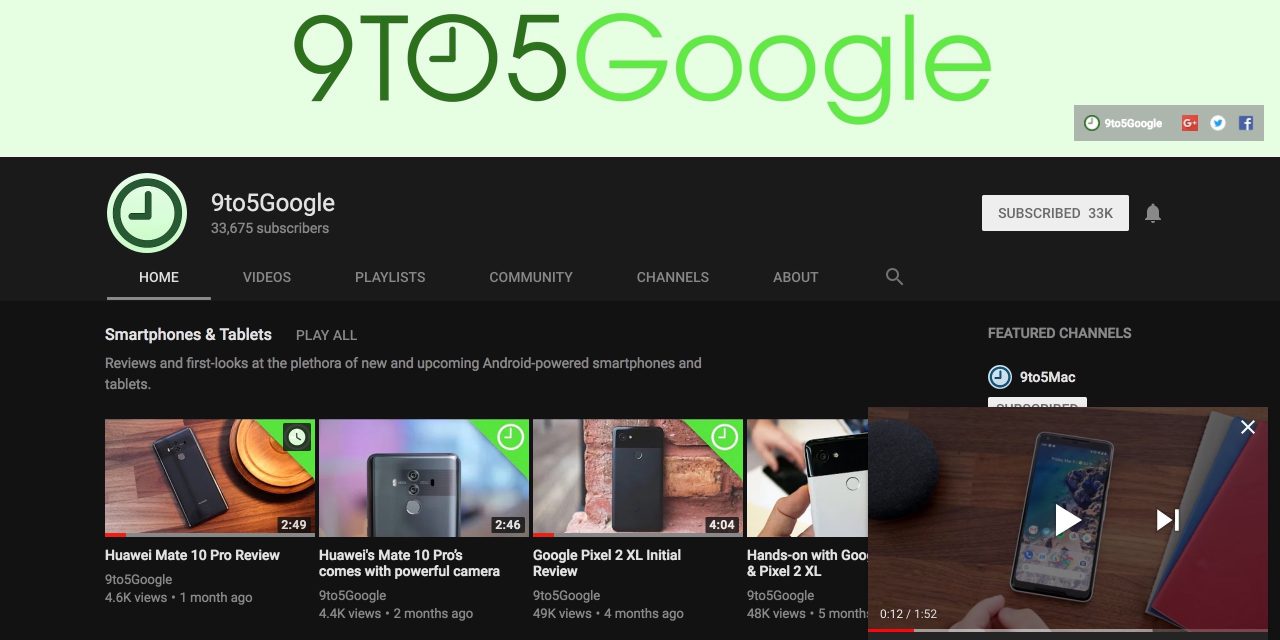 YouTube for Android and iOS have long featured a floating video player so that users can minimize what they’re watching and continue browsing. The Google video site is now testing this remarkably convenient functionality on the web.

This picture-in-picture player is currently being A/B tested for a small subset of users. On the 9to5Google team, it is only available on one account, though it is working through several sign-ins, including on Chrome and Safari for Mac and Chrome OS.

If rolled out to your account, you will be able to start a video and then click anywhere on YouTube — including returning to the homepage, performing a search, or viewing a channel. The audio will continue to play as a sizable floating window appears in the bottom-right corner of your screen.

Controls include the ability to play/pause, replay, or watch the next clip, which consists of an overlay of the following video. The name of the video is displayed underneath, while full playlists can be viewed and scrolled by tapping an icon in the bottom-right corner.

This A/B test does not seem to feature any controls to enable/disable the floating video window beyond closing individual windows with a button in the top-right corner.

It’s unclear whether it will be the default like on the YouTube mobile apps or if users can shut it off completely. Meanwhile, this feature could be restricted to those with a YouTube Red subscription, like on the account that has PiP enabled. Performance is quite smooth, but YouTube could always decide to not launch the feature.

Floating video windows are a boost to discovery in that it allows users to browse while watching a video. It’s a great alternative to queuing up videos by having multiple YouTube taps open. If Google were to restrict this feature to paying Red subscribers, ahead of a rumored new music service, it might be a great feature to drive subscriptions.