Android Oreo on 4.6% of devices after almost eight months in April distribution numbers

After skipping March, Android’s distribution numbers are back for April. Oreo sees the largest gain of any OS version, but is still just shy of 5% following its release on August 21, 2017.

Compared to February, 8.0 Oreo rose 3.3 percentage points to 4.1%, while Android 8.1 is still only at .5% after a .2 point jump. Combining for 4.6%, this number was likely buoyed by a series of Galaxy S8 and Galaxy Note 8 updates by Samsung and various carrier partners around the world.

Meanwhile, Android 8.0 also rolled out to the HTC 10, Moto Z2 Force, and LG V30 in the US. The Essential Phone and Razer Phone picked up 8.1 Oreo, while there were a number of phone and tablet launches at Mobile World Congress 2018.

These numbers are compiled from Android devices that accessed the Play Store during a seven-day period ending on April 16th. 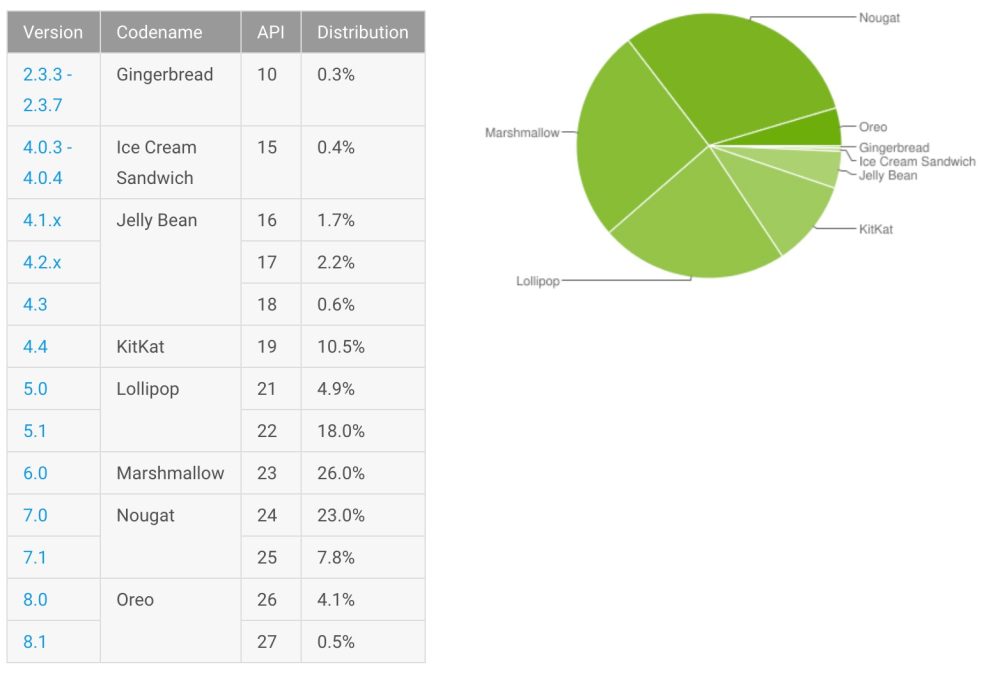