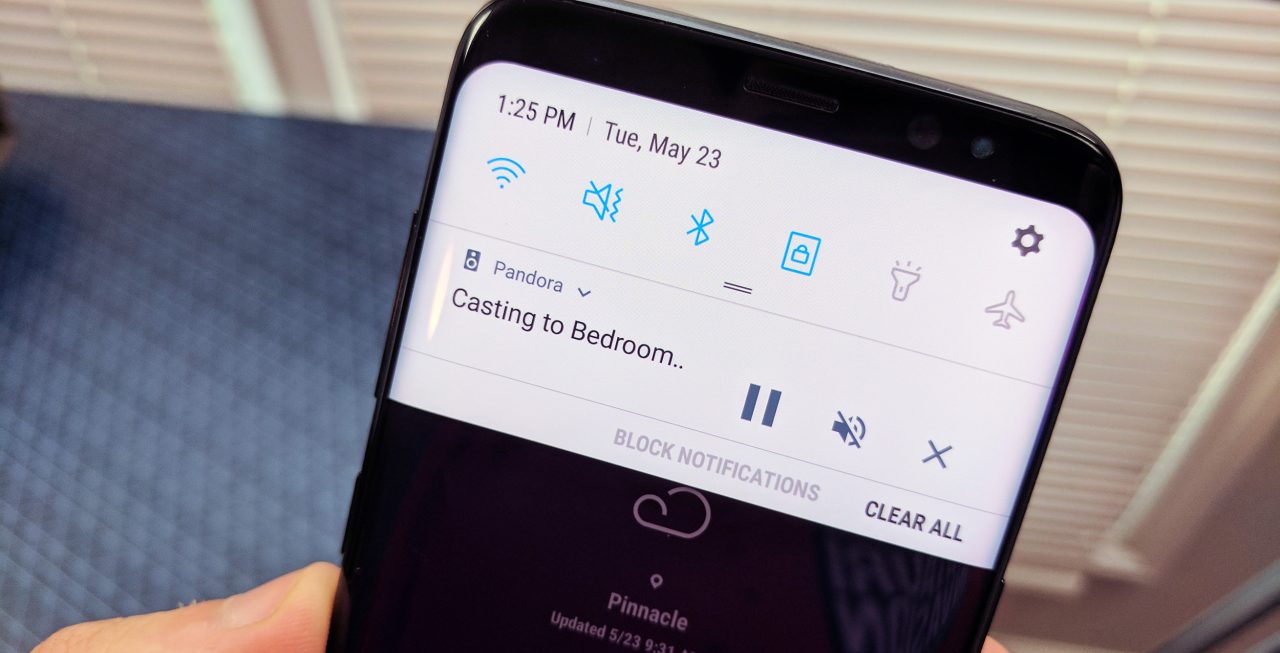 Google’s casting platform is massive, and works with hundreds of apps and services, and just as many different types of hardware. Google introduced a tool over a year ago which made controlling cast media a bit easier on Android, and now that notification is getting a big revamp in functionality…

The casting notification got a mixed reaction when it first debuted, as many users simply didn’t like it because it would show up anytime you were on the same network as media that was being cast. Part of the complaint was that the notification felt more like spam because, honestly, it didn’t serve much purpose aside from pausing or resuming playback.

Personally, I’ve always thought this notification is really handy, especially for someone like me that has a handful of devices on hand at any given time. With an update to Play Services, Google is making this notification a whole lot more handy, though (via Android Police).

As noted in the release notes for Play Services v15, users will soon be able to tap this notification to open up actual media controls either in the Google Home app, or in the corresponding media application. So, for example, if Play Music is being cast on your network, that notification would open the Play Music app. the same goes for the likes of Netflix or YouTube.

It’s a little unclear if there are any major restrictions on this feature, but the release notes state that it will depend “on if the Cast app supports joining the session automatically.”

Tapping cast remote control notifications now take users to the Google Home app or the corresponding Cast app, depending on if the Cast app supports joining the session automatically.

Since this latest version of Play Services isn’t yet available to users, there are still a few questions about this functionality, but from the looks of it, it’s going to be a fantastic addition to an already handy tool.