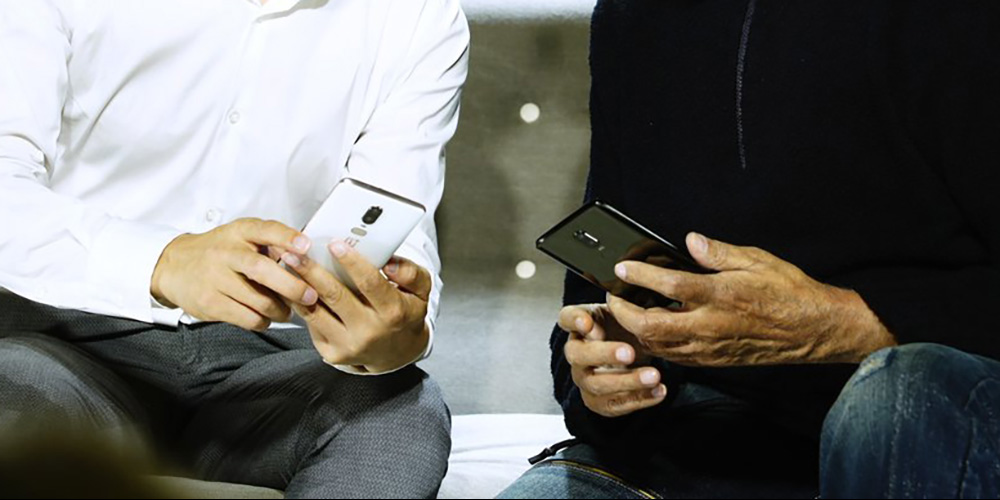 While Google I/O is the name of the game this week, there are some big smartphone launches happening later this month. One of those is the OnePlus 6, and today, we’re getting another peek at the phone ahead of its official reveal…

Earlier today on Twitter, Amitabh Bachchan, an actor in India, posted a couple of pictures from a meetup with OnePlus’ Pete Lau. In the tweet, we get another look at the OnePlus 6 in two color variants, black and white/gold. While there’s nothing particularly new revealed about the hardware in these shots, this is the first time we’re seeing the white/gold color variant.

Of course, we’ve known for quite a while that the OnePlus 6 is going to arrive with a glass and metal build, a departure from the all-aluminum design of the OnePlus 5 and OnePlus 5T. Under the hood, the phone is packing the Snapdragon 845, up to 8GB of RAM, and up to 256GB of storage.

If you’re excited about the OnePlus 6, it won’t be long before the phone is officially revealed. OnePlus is hosting an event on May 16th to fully reveal its latest flagship, with orders rumored to go live shortly after.